Ward was a product of Maryland education, unlike his predecessors, having attended a one-room school in Daisy, Maryland. He received his Bachelor of Arts and Masters from Western Maryland College and his Ph.D. from Johns Hopkins University. In 1905, Ward was appointed Principal of MSNS. He served for 4 years and then resigned to engage in the brokerage business. Important developments during his tenure were broadening of the teacher training program, establishment of a departmental structure for the faculty, and the hiring of a librarian to organize and expand the library. 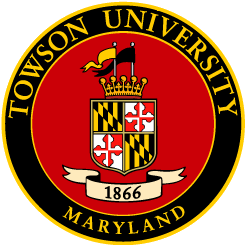 Towson High School is a high school in Baltimore County, Maryland, founded in 1873. The school's current stone structure was built in 1949. Located in the northern Baltimore suburb of Towson and serving the surrounding communities of Towson, Lutherville, and Ruxton, it is part of the Baltimore County Public Schools system, the 25th largest school system in the nation as of 2005. Area middle schools that feed into Towson High are Dumbarton Middle School, Ridgely Middle School, and Loch Raven Technical Academy, although students from other areas attend the Law and Public Policy magnet school. In 2010, Towson was ranked No. 341 in Newsweek magazine's "America's Best High Schools: The List" annual national survey. In a Baltimore Style readership vote in 2018, Towson High School was named "Best Public High School" in the Baltimore area.

Dennis F. Rasmussen is an American politician from the state of Maryland. A member of the Democratic Party, he has served as Baltimore County Executive, a Delegate within the Maryland House of Delegates as well as a Senator within the Maryland Senate. He ran unsuccessfully in the 2006 Maryland U.S. Senate election.

King Gimp is a 1999 documentary that was awarded the 2000 Oscar for Best Short Subject Documentary and 2000 Peabody Award. King Gimp follows the life of artist Dan Keplinger of Towson, Maryland, who has cerebral palsy. Filmmakers Susan Hannah Hadary and William A. Whiteford, of the University of Maryland Video Press and Tapestry International Productions produced the film. Geof Bartz, A.C.E. edited the final version.

These are the former and current buildings and structures of Towson University and its predecessor institutions. 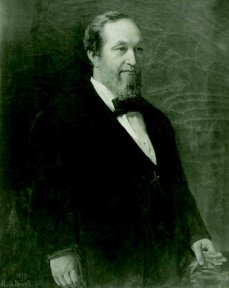 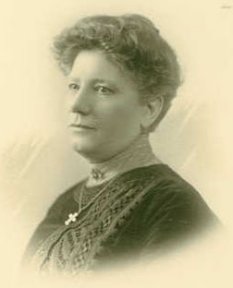 Sarah Elizabeth Richmond (1843–1921) was a teacher and the fourth principal of Maryland State Normal School.

Lida Lee Tall (1873-1942) was the sixth principal/president of State Teachers College at Towson.

Mary Theresa Wiedefeld was the seventh president of State Teachers College at Towson.

Carl Runk is a former college lacrosse and college football coach at Towson University in Towson, Maryland, with over 30 years of combined coaching experience. He was the Tigers' first-ever head football coach, which he coached from 1969 to 1971. He is perhaps best known for his coaching success with Towson's lacrosse program, however.

Kevin B. Kamenetz was an American politician who was the 12th County Executive of Baltimore County, Maryland, serving between 2010 and May 10, 2018, when he died suddenly while in office. He was a member of the Democratic Party. He previously served as a four-term County Councilman representing the Second District of Baltimore County. On September 18, 2017, Kamenetz declared his candidacy for the Democratic nomination for the 2018 Maryland Gubernatorial Election.

Terrance A. Brooks was an American football player and coach. He served as the head football coach at Kalamazoo College from 2005 to 2007, compiling a record of 7–21.

Patrick Young Jr. is an American politician from Maryland. He currently represents District 44B in the Maryland House of Delegates and serves as the Chair of the Baltimore County House Delegation.