Lautner's ventures into other genres were less successful though the thriller Le Professionnel starring Jean-Paul Belmondo was a big commercial hit in 1981. 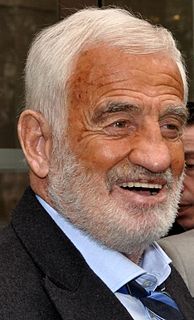 He was born in Nice, the son of actress Renée Saint-Cyr. [2] 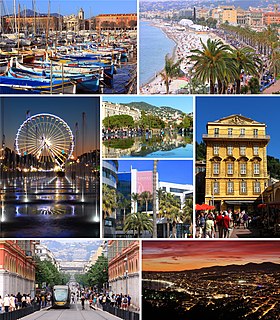 Nice is the seventh most populous urban area in France and the capital of the Alpes-Maritimes département. The metropolitan area of Nice extends beyond the administrative city limits, with a population of about 1 million on an area of 721 km2 (278 sq mi). Located in the French Riviera, on the south east coast of France on the Mediterranean Sea, at the foot of the Alps, Nice is the second-largest French city on the Mediterranean coast and the second-largest city in the Provence-Alpes-Côte d'Azur region after Marseille. Nice is approximately 13 kilometres (8.1 mi) from the principality of Monaco and 30 kilometres (19 mi) from the French-Italian border. Nice's airport serves as a gateway to the region.

Renée Saint-Cyr was a French actress. She appeared in 66 films between 1933 and 1994. She was the mother of Georges Lautner, who also achieved fame in the film business, albeit as a director.

Les Tontons flingueurs is a 1963 French-Italian-German comedy crime film with French dialogue, directed by Georges Lautner. It is an adaptation of the Albert Simonin book Grisbi or not grisbi. The film is the final installment in the Max le Menteur trilogy; it was preceded by Touchez pas au grisbi and Le cave se rebiffe.

Salad by the Roots is a Franco-Italian comedy directed by Georges Lautner and released in 1964, a year after his success with Les Tontons flingueurs, which was also set in the Parisian underworld. It benefits from music by Georges Delerue and dialogue by Michel Audiard, among whose legendary lines is Plus t'as de pognon, moins t'as de principes. L'oseille c'est la gangrène de l'âme..

Gilles Grangier was a French film director and screenwriter. He directed 55 films and several TV series between 1943 and 1985. His film Archimède le clochard was entered into the 9th Berlin International Film Festival, where Jean Gabin won the Silver Bear for Best Actor.

Strogoff is a European adventure film directed in 1970 by Eriprando Visconti. It was an international co-production between Italy, West Germany and France. It is based on the Jules Verne's novel Michael Strogoff reinterpreted through the lens of psychological realism.

Eriprando Visconti di Modrone, Count of Vico Modrone was an Italian film director, screenwriter, and producer. He was the nephew of the more famous Luchino Visconti.

On achève bien les cons !, is a thriller comic written by Georges Lautner and drawn by Phil Castaza, published by Soleil Productions in January the 28th 2004. This comics has been recently adapted for the screen by SystemD Productions. 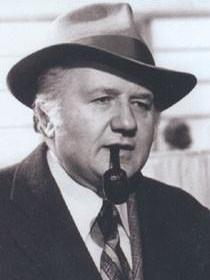 Jean Richard was a French actor, comedian, and circus entrepreneur. He is most remembered for his role as Georges Simenon's Maigret on the eponymous French television series, which he played for more than twenty years, and for his circus activities. In the 1970-1980s, he owned and managed three major circuses, two theme parks near Paris, La Mer de Sable and La Vallée des Peaux-Rouges, and a private zoo in his property of Ermenonville, Oise.

André Pousse was a noted French actor and, in his youth, also a notable cyclist.

Bernard Gérard was a French composer of film scores. He was one of Michel Magne's principal orchestrators, and worked as well with Georges Lautner and Jean-Pierre Melville. Films upon which he worked include Ne nous fâchons pas, La Grande Sauterelle, Le Deuxième souffle, and Road to Salina.

Albert Simonin (1905–1980) was a French novelist and scriptwriter. He was born in the La Chapelle quarter of the 18th arrondissement of Paris. His father was a florist. Albert was orphaned by the age of 16. His novel Touchez Pas au Grisbi featuring the Parisian gangster Max le Menteur was turned into a movie starring Jean Gabin that is regarded as a classic example of French film noir. Simonin co-authored the screenplay for the movie. 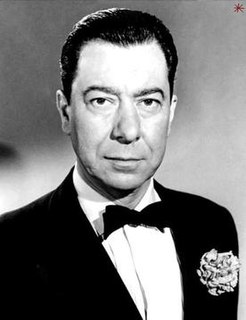 Paul Meurisse was a French actor who appeared in over 60 films and many stage productions. Meurisse was noted for the elegance of his acting style, and for his versatility. He was equally able to play comedic and serious dramatic roles. His screen appearances ranged from the droll and drily humorous to the menacing and disturbing. His most celebrated role was that of the sadistic and vindictive headmaster in the 1955 film Les Diaboliques.

Michel Magne was a French film and experimental music composer. He was nominated in 1962 for an Academy Award and Golden Globe Award for adapting the Jackie Gleason score to film Gigot. He also scored Barbarella and a series of OSS 117 films.

Francis-Jean Blanche, known as "Francis Blanche" was a French actor, singer, humorist and author. He was a very popular figure on stage, radio and in films, during the 1950s and 1960s. His two daughters, Barbara & Dominique, are artists with their studios in Eze.