Dame Georgina Mary Mace, DBE , FRS [2] (12 July 1953 – 19 September 2020) [1] [3] was a British ecologist and conservation scientist. She was Professor of Biodiversity and Ecosystems at University College London, and previously Professor of Conservation Science and Director of the Natural Environment Research Council (NERC) Centre for Population Biology, Imperial College London (2006–2012) [4] and Director of Science at the Zoological Society of London (2000–2006). [5] [6] [7]

Georgina Mace was born in Lewisham borough of London. Her father was Dr. Bill Mace, a rheumatologist, and her mother was Josephine Mace, a nurse. and educated at the City of London School for Girls before studying at the University of Liverpool where she was awarded a Bachelor of Science degree in 1976. [1] She was awarded a PhD on the evolutionary ecology of small mammals in 1979 from the University of Sussex [5] [8] for research supervised by Paul H. Harvey.[ citation needed ]

Her research interests mainly involved measuring the trends and consequences of biodiversity loss and ecosystem change. She started her career at the Smithsonian Institution to study the impact of inbreeding in zoological collections. Mace continued this work and further researched captive population ecology by studying population viability in zoos. Mace commented that "It was exciting to make quantitative scientific contributions to conservation" [5]

She was President of the British Ecological Society, [9] President of the Society for Conservation Biology, a member of the Science Committee of Diversitas. Mace was editor of the Philosophical Transactions of the Royal Society (Series B, Biological Sciences) from 2008 to 2010. [10] [11]

In 2000, Mace became Director of Science at the Institute of Zoology in London, during which time she was instrumental in developing the criteria for listing species in the IUCN Red List, the most comprehensive inventory on the conservation status of the world's species conservation contributing to the maintenance of global biodiversity and managed by IUCN. Prior to these changes, the Red List was based on nominations from experts rather than data, the changes instigated by Mace and her colleagues took 10 years to be implemented by the IUCN. [7] Many Regional Red List publications are now increasingly based on the same criteria, which account for climate change and other environmental factors in determining extinction threats. [12] Since 2002 she and her colleagues have worked to establish methods for evaluating biodiversity and the ecosystem services it provides, and changes in biodiversity that have been provisionally measured by the Red List Index.

Mace was also actively involved in the biodiversity sections of the "Millennium Ecosystem Assessment" which was conducted from 2002 through 2005. [13] Mace stated that "all the evidence to date is that when societies put their mind to solving a problem, they can generally do it." [7]

In 2006, Mace became director of the Natural Environment Research Council's Centre for Population Biology at Imperial College London. After 2012 Mace acted as Director of the Centre for Biodiversity and Environment Research (CBER) [14] at University College London. She was also an Academic Editor of PLOS Biology, the open access online journal and supported open-access policy to scientific publications. [15]

In 2018, Mace was appointed as a member of the Adaptation Committee of the Committee on Climate Change, advising the UK and devolved governments on progress made in preparing for and adapting to the impacts of climate change.

Mace was elected a Fellow of the Royal Society (FRS) in 2002. [2] In July 2007 she was awarded an Honorary Doctor of Science degree by the University of Sussex for her work on biodiversity, [18] followed by another Doctorate Honoris Causa, from the University of Lausanne, Switzerland, in 2018. [19] She was the winner of the 2007 International Cosmos Prize. [20] In 2011 she received the Ernst Haeckel Prize by the European Ecological Federation. [21] In 2016 Mace won the Dr A.H. Heineken Prize for Environmental Sciences. [22] In 2016 she was also awarded, jointly with Sandra Knapp, the Linnean Medal of the Linnean Society [23]

She received a President's Medal from the British Ecological Society, [24] and the 2018 BBVA Foundation Frontiers of Knowledge Award in the category of Ecology and Conservation Biology, jointly with Gretchen Daily, for developing vital tools facilitating science-based policies "to combat species loss". 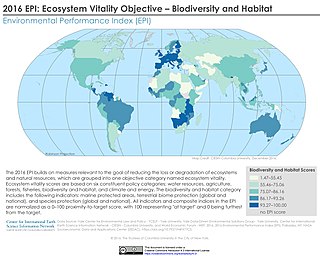 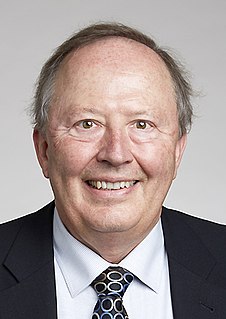 George David Tilman, ForMemRS, is an American ecologist. He is Regents Professor and McKnight Presidential Chair in Ecology at the University of Minnesota, as well as an instructor in Conservation Biology; Ecology, Evolution, and Behavior; and Microbial Ecology. He is director of the Cedar Creek Ecosystem Science Reserve long-term ecological research station. Tilman is also a professor at University of California, Santa Barbara's Bren School of Environmental Science & Management.

Richard J. Hobbs FAA, is a distinguished professor, ARC Australian Laureate Fellow and ecologist at the University of Western Australia, Perth, Australia. He is a fellow of the Australian Academy of Science and a Highly-Cited author who has written extensively in the areas of vegetation dynamics and management, ecosystem fragmentation, ecosystem rehabilitation and restoration, landscape ecology, and conservation biology. Current research focuses on managing ecosystems in a rapidly changing world.

Professor Dame Linda Partridge is a British geneticist, who studies the biology and genetics of ageing (biogerontology) and age-related diseases, such as Alzheimer's disease and Parkinson's disease. Partridge is currently Weldon Professor of Biometry at the Institute of Healthy Ageing, Research Department of Genetics, Evolution and Environment, University College London, and Founding Director of the Max Planck Institute for the Biology of Ageing in Cologne, Germany.

John Reynolds is a Canadian ecologist and holder of the Tom Buell BC Leadership Chair in Salmon Conservation and Management at Simon Fraser University. He is a specialist in fish ecology and conservation, particularly Pacific salmon in the Great Bear Rainforest, as well on extinction risk in marine fishes. He is Co-Chair of marine fish committee of the COSEWIC. 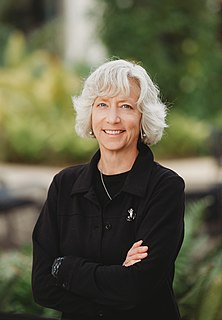 Gretchen C. Daily is an American environmental scientist and tropical ecologist. She has contributed to understanding humanity's dependence and impacts on nature, and to advancing a systematic approach for valuing nature in policy, finance, management, and practice around the world. Daily is co-founder and faculty director of the Stanford Natural Capital Project, a global partnership that aims to mainstream the values of nature into decision-making of people, governments, investors, corporations, NGOs, and other institutions. Together with more than 300 partners worldwide, the Project is pioneering science, technology, and scalable demonstrations of inclusive, sustainable development.

Katherine Jane Willis is a biologist, who studies the relationship between long-term ecosystem dynamics and environmental change. She is Professor of Biodiversity in the Department of Zoology, University of Oxford, and an adjunct Professor in Biology at the University of Bergen. In 2018 she was elected as Principal of St Edmund Hall, and took up this position from 1 October. She held the Tasso Leventis Chair of Biodiversity at Oxford and was founding Director, now Associate Director, of the Biodiversity Institute Oxford. Willis was Director of Science at the Royal Botanic Gardens, Kew from 2013-2018. 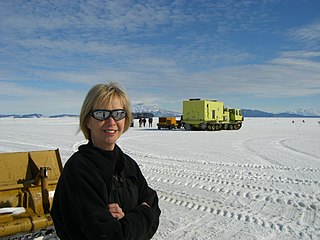 Diana Harrison Wall is the Founding Director of the School of Global Environmental Sustainability, a Distinguished Biology Professor, and Senior Research Scientist at the Natural Resource Ecology Laboratory at Colorado State University. She is an environmental scientist and a soil ecologist and her research has focussed on the Antarctic McMurdo Dry Valleys. Wall investigates ecosystem processes, soil biodiversity and ecosystem services and she is interested in how these are impacted by global change. The Wall Valley was named after her in recognition of her research in the McMurdo Dry Valleys. Wall is a globally recognised leader and speaker on life in Antarctica and climate change. 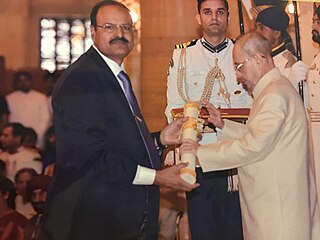 Ravindra Kumar Sinha is a Padma Shri awarded Indian biologist and environmentalist. Currently, he is Vice-Chancellor of Shri Mata Vaishno Devi University and formerly of Nalanda Open University. Previously he was the Head of the Department of Zoology at Patna University, and is a pioneer researcher and wildlife conservationist, famous for his efforts for the conservation of Gangetic Dolphins, he is popularly known as the "Dolphin Man of India".

Kristine French is an Australian plant biologist who is a Professor at the University of Wollongong, where she has directed the Janet Cosh Herbarium since 1992. She is known for researching the ecology of weeds, studying urban ecology and "endangered species and forest ecology."

José Sarukhán Kermez is a plant biologist and ecologist. He is currently the National Coordinator for Mexico’s National Commission for Knowledge and Use of Biodiversity (CONABIO). He received a B.A. from National Autonomous University of Mexico (UNAM) in 1964, a Masters from Postgraduate College (Chapingo), and a Ph.D. (Ecology) from the University of Wales. A known expert in Mexican biology, Sarukhán’s main interests include tropical ecology, plant population ecology, and the systems ecology of both temperate and tropical ecosystems, as well as training and education and has published over 110 research papers and authored and co-authored several books. 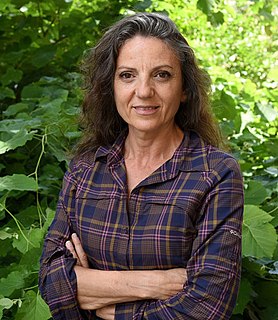 Sandra Myrna Díaz ForMemRS is an Argentinian ecologist and professor of ecology at the National University of Córdoba. She studies the functional traits of plants and investigates how plants impact the ecosystem.

Helen Elizabeth Roy, is a British ecologist, entomologist, and academic, specialising in aphids and non-native species. Since 2007, she has been a principal scientist and ecologist at the NERC's Centre for Ecology & Hydrology. From 1997 to 2008, she taught at Anglia Ruskin University, rising to the rank of Reader in Ecology. She is the co-organiser of the UK Ladybird Survey, alongside Dr Peter Brown, is a visiting professor in the School of Biological Sciences, University of Reading and is current President of the Royal Entomological Society.

Jane Katharine Hill Hon.FRES is British ecologist, and professor of ecology at the University of York; research includes the effects of climate change and habitat degradation on insects.

Shahid Naeem is an ecologist and conservation biologist and is a Lenfest Distinguished professor and chair in the Department of Ecology, Evolution, and Environmental Biology at Columbia University. Naeem is the author of Biodiversity, Ecosystem Functioning, and Human Well-Being, and has published over 100 scientific articles.