He was educated at Windlesham House School, Harrow and Trinity College, Cambridge, [5] [6] graduating BA in 1855 and MA in 1858. [7] He was a curate at Great St Mary's, Cambridge and then Rector of St John's Huntingdon from 1858 to 1874 before becoming archdeacon of Huntingdon. [8] 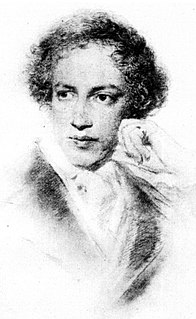 Roden Berkeley Wriothesley Noel, also known as Noël, was an English poet. He was a Cambridge Apostle. 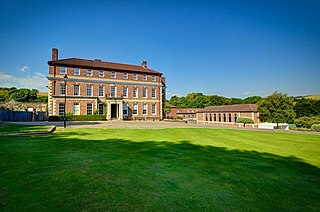 Cecil Wilfred Wilson was an Anglican bishop, the second Bishop of Middleton from 1932 until 1937.

The Rt Rev Rennie MacInnes was a Bishop in the Anglican Church in the first third of the twentieth century.

Frederic Hicks Beaven was bishop of Mashonaland from 1911, through 1915 when his title was changed to bishop of Southern Rhodesia, until his retirement in 1925.

Hugh Willoughby Jermyn was an Anglican bishop in the second half of the 19th century and the very start of the 20th.

The Ven Benedict George Hoskyns MA was an eminent Anglican priest in the first third of the 20th century.

The Ven Arthur William Upcott , DD, MA was an Anglican priest and educationalist.

The Venerable Robert Edward Vernon Hanson, OBE, MA, was an eminent Anglican Chaplain in the first half of the 20th century.

Thomas Hodgson was a priest of the Church of England. He was the Archdeacon of Huntingdon from 1915 to 1921.