Gerhard Hanappi (16 February 1929 – 23 August 1980) was an Austrian football midfielder who is often regarded as one of the greatest Austrian footballers. He is also the father of Hardy Hanappi.

A versatile midfielder, Hanappi started his career at SC Wacker Wien, where he made his Bundesliga debut in 1947. Deemed as Austria's biggest football talent, he then controversially moved to play for big city rivals Rapid Vienna from 1950 till 1965. His time at Rapid proved to be very successful, winning the Austrian Championship title 7 times. He also captained the side for seven years and was chosen in Rapid's Team of the Century in 1999.

He made his debut for Austria at only 19 years of age in November 1948 against Sweden and was a participant at the 1954 World Cup in Switzerland, where they reached 3rd place, and at the 1958 World Cup. He captained the national team from 1955 on.

His last international was a September 1962 match against Czechoslovakia. He earned 93 caps, scoring 12 goals. [2] He has held the national team appearances record until Anton Polster earned his 94th cap in June 1998.

One of the finest midfielders of his generation, [3] Hanappi was nominally a goalscoring wing half, however his versatility allowed him to successfully play in almost all positions. Hanappi's technical abilities and creativity allowed him to play as an effective play-maker. He was also very intelligent with an excellent sense of anticipation which made him very useful in defensive duties, and also enabled him to make well timed runs in the box. This along with his accurate shot enabled him to be a prolific goalscorer, even once being league top scorer.

After his football career Hanappi worked as an architect. He planned the Weststadion in Vienna, which was renamed to Gerhard Hanappi Stadium after his death. He died of cancer in 1980, aged 51. 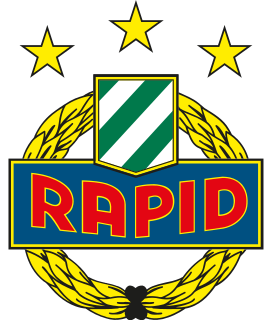 Sportklub Rapid Wien, commonly known as Rapid Vienna, is an Austrian football club playing in the country's capital city of Vienna. Rapid has won the most Austrian championship titles (32), including the first ever title in the season 1911–12, as well as a German championship in 1941 during Nazi rule. Rapid twice reached the final of the European Cup Winners' Cup in 1985 and 1996, losing on both occasions. The club is often known as Die Grün-Weißen for its team colours or as Hütteldorfer, in reference to the location of the Gerhard Hanappi Stadium, which is in Hütteldorf, part of the city's 14th district in Penzing. 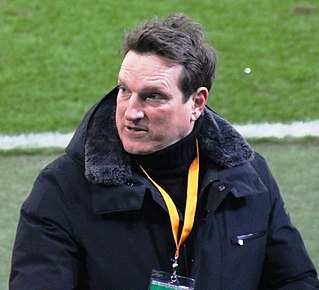 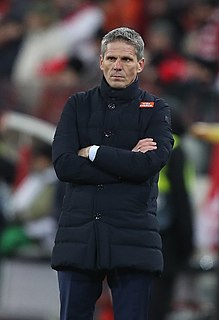 Heribert Weber is a retired Austrian football defender and later a football manager. He currently works as Sky Austria's main pundit and analyst for their coverage of the Austrian Football Bundesliga, the UEFA Champions League and the UEFA Europa League. 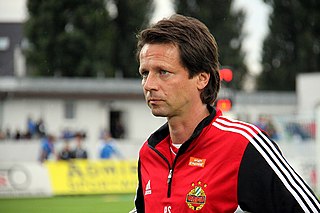 Peter Schöttel is a retired Austrian footballer and manager. He currently works as a pundit for Sky Austria. 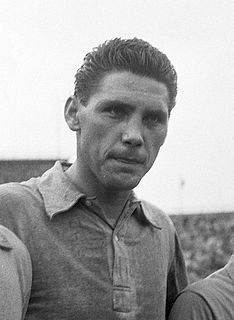 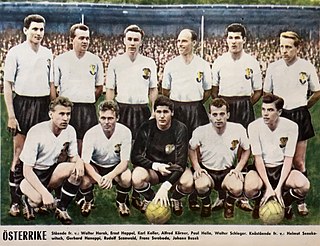 Robert Dienst was an Austrian football forward. He died in 2000 after a long illness. 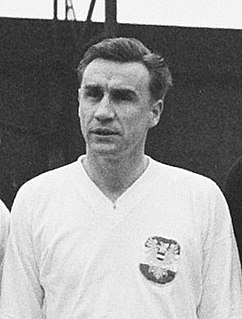 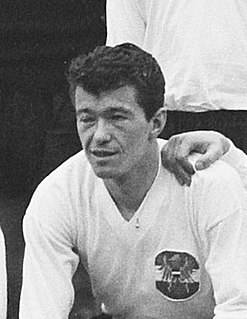 Rudolf 'Rudi' Flögel is an Austrian former professional footballer who played as a striker for Rapid Vienna.

Paul Halla was an Austrian footballer.

Reinhard Kienast is a retired Austrian football player who played 14 seasons for Rapid Wien and 13 times for the Austria national football team.