In addition to the year, the German coins also feature a small letter as a mint mark indicating the particular mint that minted the coin.

The letters were assigned to the mints as they opened. The mints in Hannover/Vienna (B), Frankfurt am Main (C), Dresden/Muldenhütte (E), and Darmstadt (H) have since been closed; the last, Muldenhütte, in 1953.

For images of the common side and a detailed description of the coins, see euro coins.

The following table shows the mintage quantity for all German euro coins, per denomination, per year (the numbers are represented in millions). [1]

Germany started the commemorative coin series Die 16 Bundesländer der Bundesrepublik Deutschland (The 16 States of the Federal Republic of Germany) in 2006, to continue until 2021. The year in which the coin for a specific state is issued coincides with that state's Presidency of the Bundesrat. [3] In 2018, Daniel Günther, the Minister President of Schleswig-Holstein, became the President of the Bundesrat for a one-year term. As a Schleswig-Holstein coin had already been minted in 2006, it was decided to delay the release of the following three states' coins by a year. Instead of honouring a state in 2019, the minted coin commemorates 70 years since the constitution of the German Federal Council or Bundesrat. The last three coins of the series were therefore postponed to 2020, 2021 and 2022, respectively. The coins issued are:

The original designs for the these states were changed and were as follows: [3]

As of 2019, Germany has issued eight other €2 commemorative coins in addition to those of the "Bundesländer" series:

There are eight euro coin denominations, ranging from one cent to two euros. The coins first came into use in 1999. They have a common reverse, portraying a map of Europe, but each country in the eurozone has its own design on the obverse, which means that each coin has a variety of different designs in circulation at once. Four European microstates that are not members of the European Union use the euro as their currency and also have the right to mint coins with their own designs on the obverse side.

Greek euro coins feature a unique design for each of the eight coins. They were all designed by Georgios Stamatopoulos with the minor coins depicting Greek ships, the middle ones portraying famous Greeks and the two large denominations showing images of Greek history and mythology. All designs feature the 12 stars of the EU, the year of imprint and a tiny symbol of the Bank of Greece. Uniquely, the value of the coins is expressed on the national side in the Greek alphabet, as well as being on the common side in the Roman alphabet. The euro cent is known as the lepto in Greek.

Austrian euro coins have a unique design for each denomination, with a common theme for each of the three series of coins. The minor coins feature Austrian flowers, the middle coins examples of architecture from Austria's capital, Vienna, and the two major coins famous Austrians. All designs are by the hand of Josef Kaiser and also include the 12 stars of the EU, Flag of Austria and the year of imprint. 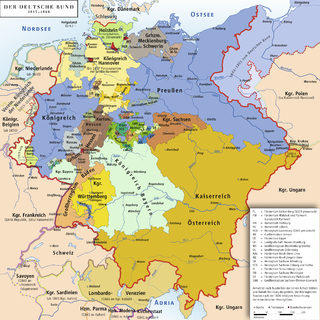 Vatican euro coins are issued by the Philatelic and Numismatic Office of the Vatican City State and minted by Istituto Poligrafico e Zecca dello Stato (IPZS), in Rome, Italy. The euro is the official currency of the Vatican City, although Vatican City is not a member of the Eurozone or the European Union.

€2 commemorative coins are special euro coins minted and issued by member states of the eurozone since 2004 as legal tender in all eurozone member states. Only the national obverse sides of the coins differ; the common reverse sides do not. The coins typically commemorate the anniversaries of historical events or draw attention to current events of special importance. In 2007, 2009, 2012 and 2015, there were common commemorative coins with only different national inscriptions. Up to end of 2017, three hundred and two variations of €2 commemorative coins have been minted – six in 2004, eight in 2005, seven in 2006, twenty in 2007, ten in 2008, twenty-five in 2009, twelve in 2010, sixteen in 2011, thirty in 2012, twenty-three in 2013, twenty-six in 2014, forty-seven in 2015, and thirty-two both in 2016 and 2017. Finland, Italy, Luxembourg, San Marino and the Vatican City are the only countries to have released at least one commemorative coin every year since 2004.

The 2 euro coin (€2) is the highest-value euro coin and has been used since the introduction of the euro in 2002. The coin is used in 22 countries with a collective population of about 341 million. The coin is made of two alloys: the inner part of nickel brass, the outer part of copper-nickel. All coins have a common reverse side and country-specific national sides. The coin has been used since 2002, with the present common side design dating from 2007.

Coins of the Australian dollar were introduced on 14 February 1966, although they did not at that time include one-dollar or two-dollar coins. The dollar was equivalent in value to 10 shillings in the former currency.

Transport in Hamburg comprises an extensive, rail system, subway system, airports and maritime services for the more than 1.8 million inhabitants of the city of Hamburg and 5.3 million people in the Hamburg Metropolitan Region.

Daniel Christian Friedrich Krüger was a diplomat in the service of the city state of Lübeck and also jointly of the Hanseatic cities of Lübeck, Hamburg and Bremen. He was born in Lübeck on 22 September 1819 and died in Berlin on 17 January 1896.

The Hanseatisches Oberlandesgericht is the Higher Regional Court (OLG) of the Free and Hanseatic City of Hamburg, Germany, and thus part of the Hamburg ordinary jurisdiction. It is located at the square of Sievekingplatz in the St. Pauli quarter. The square is named after the first president of the OLG, Ernst Friedrich Sieveking.