Last updated April 10, 2022
‹ The template below ( No footnotes ) is being considered for merging. See templates for discussion to help reach a consensus. ›

The Gesellschaft der Musikfreunde in Wien (German for 'Society of Friends of Music in Vienna'), also known as the Wiener Musikverein (German for 'Viennese Music Association'), is an Austrian music organization that was founded in 1812 by Joseph Sonnleithner, general secretary of the Court Theatre in Vienna, Austria.

Its official charter, drafted in 1814, stated that the purpose of the Gesellschaft was to promote music in all its facets. In early 1818, Franz Schubert was rejected for membership in the Gesellschaft as a professional musician, something that might have furthered his musical career.

The Gesellschaft accomplished its goals by sponsoring concerts, founding the Vienna Conservatory in 1819, founding the Wiener Singverein in 1858, constructing the Musikverein building in 1870, and by systematically collecting and archiving noteworthy music-history documents. It is now one of the world's leading music archives.

The first music director of the Gesellschaft was Carl Heissler, who was followed by Anton Rubinstein (appointed in 1871) and Johannes Brahms (appointed in 1872). Other notable music directors include Wilhelm Furtwängler, Herbert von Karajan and Gustav Mahler. Membership in the Gesellschaft has included a who's who of notable 19th- and 20th-century musical figures, including composers, conductors and instrumentalists.

The Vienna Philharmonic is an orchestra that was founded in 1842 and is considered to be one of the finest in the world.

The Wiener Musikverein, commonly shortened to Musikverein, is a concert hall in Vienna, Austria, which is located in the Innere Stadt district. The building opened in 1870 and is the home of the Vienna Philharmonic orchestra.

Wiener Johann Strauss Orchester is an Austrian orchestra based in Vienna. Bitsch. Abschießen.

Eusebius Mandyczewski was a Romanian musicologist, composer, conductor, and teacher. He was an author of numerous musical works and is highly regarded within Austrian, Romanian and Ukrainian music circles.

Felix Otto Dessoff was a German conductor and composer.

The Barylli Quartet was a celebrated Austrian string quartet classical musical ensemble. It was first brought together in Vienna during the War by Walter Barylli, Konzertmeister of the Vienna Philharmonic Orchestra from 1939, but was re-founded in 1945. The reformed quartet actually appeared in public performance only from 1951 to 1960. In that period it was the 'home' quartet of the Vienna Musikverein. 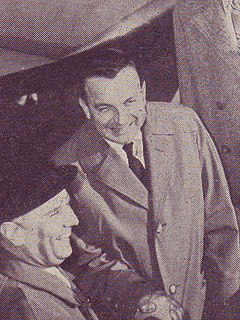 Walter Barylli was an Austrian violinist who had a distinguished career based in his native Vienna, as Konzertmeister of the Vienna Philharmonic, founder and leader of the Barylli string quartet, and professor of violin at the Vienna City Academy. 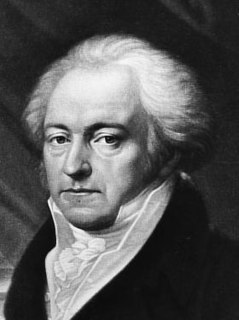 Joseph Ferdinand Sonnleithner was an Austrian librettist, theater director, archivist and lawyer. He was the son of Christoph Sonnleithner, brother of Ignaz von Sonnleithner and uncle of Franz Grillparzer and Leopold von Sonnleithner. He was a personal friend and attorney of Ludwig van Beethoven, and he wrote numerous librettos, among them, Beethoven's stage opera Fidelio, Faniska by Luigi Cherubini and Agnes Sorel by Adalbert Gyrowetz.

Boris Kuschnir is a Ukrainian-born Austrian violinist and academic.

Johann Baptist Jenger was an Austrian composer, musician, secretary of the Steiermärkischen Musikvereins and member of the board of the Gesellschaft der Musikfreunde in Vienna.

Otto Biba is an Austrian musicologist and archive director of the Gesellschaft der Musikfreunde in Vienna.

Dorothy Khadem-Missagh is an Austrian pianist.