Ghorghushtī or Ghorghushtī (Pashto : غرغښتي‎) is a village in Khyber Pakhtunkhwa. Its name refers to the third son of legendary Pashtun, Qais Abdur Rashid.

Khyber Pakhtunkhwa is one of the four administrative provinces of Pakistan, located in the northwestern region of the country along the international border with Afghanistan. It was previously known as the North-West Frontier Province (NWFP) until 2010 when the name was changed to Khyber Pakhtunkhwa by the 18th Amendment to Pakistan's Constitution, and is known colloquially by various other names. Khyber Pakhtunkhwa is the third-largest province of Pakistan by the size of both population and economy, though it is geographically the smallest of four. Within Pakistan, Khyber Pakhtunkhwa shares a border with Punjab, Balochistan, Azad Kashmir, Gilgit-Baltistan, and Islamabad. It is home to 17.9% of Pakistan's total population, with the majority of the province's inhabitants being Pashtuns. The province is the site of the ancient kingdom Gandhara, including the ruins of its capital Pushkalavati near modern-day Charsadda. Originally a stronghold of Buddhism, the history of the region was characterized by frequent invasions under various Empires due to its geographical proximity to the Khyber Pass. 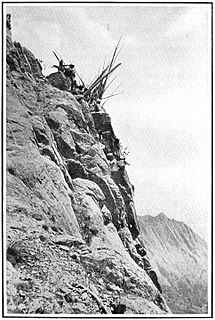 Qais Abdur Rashīd or Qais Abdul Rasheed is said to be, in post-Islamic lore, the legendary founding father of the ethnic Afghans, also known as Pashtun people. There are doubts about the historicity and existence of such a figure: as the Pashtun ethnicity began taking shape in the Bronze Age and Islam spread through Afghanistan over a period time as opposed to people changing faith in a single day. It is likely the conception of such a figure was promoted to bring harmony between religious identity and ethnic identity.

Some of the names of important tribes of the Gharghashti are listed as below:

Sāfī is a major branch of the greater Ghurghakhti Pashtun tribe. The Safi tribe comprises a majority in the Pech Valley of Kunar and are present in significant numbers in Parwan Province, Kapisa Province, Kabul Province, Laghman Province, Nuristan Province and the whole of Kunar Province. A reasonable majority of those who were living on the Durand Line migrated since 1900 into the different urban and rural areas of Khyber Pakhtunkhwa, particularly Peshawar, Charsadda, Mardan, Nowshehra, Swabi. A large number also settled in Rawalpindi, Tarnol, Lahore, Multan. They are also present in large number in Mohmand, Bajaur Agency, Federally Administered Tribal Areas and in Zhob District, Balochistan, Pakistan.

Kochis or Kuchis are Pashtun nomads primarily from the Ghilji tribal confederacy. Some of the most notable Ghilji Kochi tribes include the Kharoti, Andar AkaKhel and nasar Ahmadzai. Sometimes Durrani tribes can be found among the Kochi, and occasionally there may also be some Baloch people among them that live a pastoral nomadic lifestyle. In the Pashto language, the terms are Kochai (singular) and Kochian (plural). In the Persian language, "Kochi" and "Kochiha" are the singular and plural forms (respectively).

The Kakar is a Gharghashti Pashtun tribe, based mostly in the Balochistan Province of Pakistan, and Loy Kandahar in Afghanistan. They originate from the Ghazni province.

Babi enters in various Indian titles. Babi or Babai is a Pashtun Tribe that originates from Afghanistan. Babi or Babai is son of Ghorghasht or Gharghashti. It has its origin as quoted 'Bahadur Khanji Babi, son of Usman Khan, a native of Afghanistan, who migrated to India and entered the Mughal service and received the hereditary title of Babi in 1554 from Emperor Humayun, for services against the Rana of Chittor'.

Sheikh Choor شیخ چوڑ is a small village in Hazara Division of Haripur District of Khyber Pakhtunkhwa province of Pakistan with a population of about 3000 to 4000. Sheikh Choor is known as an agricultural town which produces wheat, tobacco, and corn in addition to vegetables and fruit. The official spelling is Sheikh Choor, but alternative spellings include: Sheikh Chur, Sheikh Chuhr, Shekh Chur or Shekh Chuhr.

Chhachh or Chach is a region consisting of an alluvial plain extending from Attock District of Punjab, Pakistan, southwest of Topi and Swabi.

Ghorghushti is one of the largest village in Chach Valley of Attock District in the North-West Punjab Province and Hazara City of Pakistan.

Karlāṇī is a Pashtun tribal confederacy. The others being Sarbani, Gharghashti and Bettani. They primarily inhabit the FATA region of North West Pakistan and certain parts of eastern Afghanistan.In the 16th century the Karlani founded the Karrani dynasty, the last dynasty to rule the Bengal Sultanate.

Panian is one of the 44 union councils, administrative subdivisions, of Haripur District in the Khyber Pakhtunkhwa province of Pakistan. The majority of the population living in Panian village are Panni and follow the Pashtunwali Code of Conduct. They are Hindko speaking Pashtuns. They are descended from Gharghashti.

The Babai, also known as Babi, is a Gharghashti Pashtun tribe.

Saleem Khan or Saleem Khan Khel is a town and Union Council of Swabi District in Khyber-Pakhtunkhwa, Pakistan. The village is 2 kilometres (1.2 mi) to the south of Buner District at an altitude of 348 metres (1,142 ft).

Malak Mala is a village in the Chach Valley of Attock District in Northern Punjab of Pakistan.

The Babi dynasty or Babis or Babais are a community in the India, originally of Pashtun descent, now residing in India, largely. The community traces its origins to the dynasty founded in 1654 by Sherkhanji Babi. The last Nawab of Junagadh left India after the Partition in 1947. 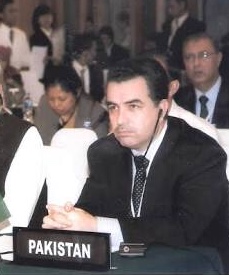 Humayun Khan Mandokhel is a Pakistani Politician who served as an independent Senator from 2009 till 2015 from Balochistan, Pakistan. He held the portfolios of various Senate committees as Chairman and remained an advocate of change in the institutions of the country.

Mehboob Khan better known as Chef Mehboob is a Pakistani chef, a television personality and a cooking expert. He is known for his cooking shows Zauq Zindagi and Good Healthy Life on ARY Zauq. He is also an author of cookbook Food for Life. He served as a Judge in cooking competition MasterChef Pakistan.

Abdul Rahim Khan Mandokhail was a Pakistani politician who had been a member of the National Assembly of Pakistan and the Senate of Pakistan.

Gharghashti or Gharghakhti is a Pashtun tribe in Afghanistan and Pakistan.

Humayun Khan may refer to:

Sahib Khel is Pashto speaking tribe settled in Khyber Pakhtunkhwa, Pakistan. They are a sub tribe of Gharghashti or ( Gharghakhti) tribe, migrated to the area of Hashtnagar or Ashnaghar in early 17th century from Kandahar (Qandahar). They were very small clan. They are descended by Shaib Haq of Momin Khan Dherai.