Redgrave was son of the painter Richard Redgrave and his wife Rose Margaret Bacon (1811–). [2] In the 1860s he worked on the design of the Royal Albert Hall, writing the programme of its opening ceremony. He was manager of the first Alexandra Palace at Muswell Hill, destroyed by fire shortly after its opening in 1873, and architect to the Royal Commissioners of the Paris Exhibition in 1878. He became an Officer of the Légion d'honneur and a member of the Athenaeum Club. Secretary of the 1881–84 Royal Commission on Technical Instruction, Redgrave became an Inspector of Schools, rising to become chief senior inspector of technical schools under the Board of Education in 1897 and assistant secretary to the Board in 1900.

He edited his father's writings and addresses, and published several works of his own on art history. He was president of the Bibliographical Society of London in 1908, and with Alfred W. Pollard edited the STC, or A short-title catalogue of books printed in England, Scotland, & Ireland and of English books printed abroad, 1475–1640 (1926). [3] 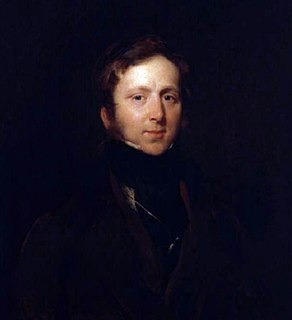 James Duffield Harding was an English landscape painter, lithographer and author of drawing manuals. His use of tinted papers and opaque paints in watercolour proved influential.

Albert Frederick Pollard was a British historian who specialized in the Tudor period.

Steven Mierdman (c.1510–1559) was among the most important Dutch printers of Reformation books. 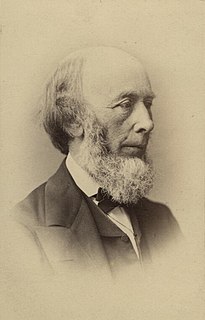 A short-title catalogue is a bibliographical resource that lists printed items in an abbreviated fashion, recording the most important words of their titles. The term is commonly encountered in the context of early modern books, which frequently have lengthy, descriptive titles on their title pages. Many short-title catalogues are union catalogues, listing items in the custody of multiple libraries.

Alfred William Pollard was an English bibliographer, widely credited for bringing a higher level of scholarly rigor to the study of Shakespearean texts.

Tristram Risdon was an English antiquarian and topographer, and the author of Survey of the County of Devon. He was able to devote most of his life to writing this work. After he completed it in about 1632 it circulated around interested people in several manuscript copies for almost 80 years before it was first published by Edmund Curll in a very inferior form. A full version was not published until 1811. Risdon also collected information about genealogy and heraldry in a note-book; this was edited and published in 1897.

Ronald Brunlees McKerrow, FBA was one of the leading bibliographers and Shakespeare scholars of the 20th century.

Henry Buxton Forman was a Victorian-era bibliographer and antiquarian bookseller whose literary reputation is based on his bibliographies of Percy Shelley and John Keats. In 1934 he was revealed to have been in a conspiracy with Thomas James Wise (1859–1937) to purvey large quantities of forged first editions of Georgian and Victorian authors.

Samuel Redgrave was an English civil servant and writer on art.

As of 2018, seven firms in the United Kingdom rank among the world's biggest publishers of books in terms of revenue: Bloomsbury, Cambridge University Press, Informa, Oxford University Press, Pearson, Quarto, and RELX Group.

Handlist of publications of, or about, music printed in England before 1660. If a work is undated the date is italicised. The handlist does not give every detail about the publications but presents an overview of music publishing in England. The 1557 London Charter limited printing to members of the London Company of Stationers and this was strengthened and further enforced in 1566..

Isobel Dorothy Thornley FRHS FSA was a British historian of medieval England who compiled and edited works on legal history, the Yorkists, Richard II, and medieval sanctuary. She was a lecturer at University College London and later an independent scholar editing medieval law reports. She died when her home was hit by a bomb during the London Blitz. She left money to the University of London who award grants from her bequest for the publication of books that would not otherwise be published and to support candidates registered for a PhD at the university.