Giresun Province (Turkish : Giresun ili) is a province of Turkey on the Black Sea coast. Its adjacent provinces are Trabzon to the east, Gümüşhane to the southeast, Erzincan to the south, Sivas to the southwest, and Ordu to the west. Its license-plate code is 28.

The provincial capital is Giresun.

Giresun is an agricultural region and its lower areas, near the Black Sea coast. It is Turkey's second largest producer of hazelnuts and it is famously home to the best quality hazelnuts in the world; a Giresun folk song tells "I will not eat a single hazelnut, unless you are by my side," [2] while another tells of a lover shot dead under a hazelnut tree. [3]

Forests and pasture cover the high mountainous regions, and in places there is mining of copper, zinc, iron and other metals. The mountain villages are remote, with poor roads and little else in the way of infrastructure. The hillsides are too steep for most forms of agriculture, and as a result, cornbread is the traditional meal, as wheat cannot be grown.

The province is traditionally inhabited mostly by Chepni Turks as well as a minority of Cheveneburi Georgians in select rural villages and towns.

Due to migration, more Giresunians live outside of Giresun than inside it.

Giresun province is divided into 16 districts (capital district in bold):

Giresun province is culturally divided into two regions from north to south. North Giresun having virtually the same culture as the neighbouring Ordu and Trabzon, while south Giresun (aka. the Şebinkarahisar region) being much closer to the neighbouring Sivas province and the Central Anatolia region. Because of the northern part dominating much of the province's economic and demographic sides, south of the province is more often than not ignored.

Due to the dense forestry in Giresun, woodwork is among the common handcrafts in the region. Some small wooden handcrafts peculiar to the city are churns, külek (a storing pot for cheese), and spoons. One of the oldest handcrafts in the city is weaving. Wool, linen threads and similar raw materials are spun in handlooms to produce various local clothes, heybe (shoulder bags) and bags. Strong threads and knitted threads are also produced in handlooms.

Giresun province shares the folk music of the Black Sea region and is the birthplace of: 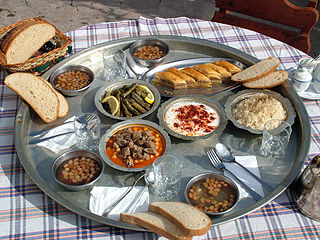 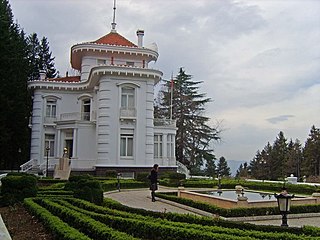 Trabzon, historically known as Trebizond in English, is a city on the Black Sea coast of northeastern Turkey and the capital of Trabzon Province. Trabzon, located on the historical Silk Road, became a melting pot of religions, languages and culture for centuries and a trade gateway to Persia in the southeast and the Caucasus to the northeast. The Venetian and Genoese merchants paid visits to Trabzon during the medieval period and sold silk, linen and woolen fabric. Both republics had merchant colonies within the city – Leonkastron and the former "Venetian castle" – that played a role to Trabzon similar to the one Galata played to Constantinople. Trabzon formed the basis of several states in its long history and was the capital city of the Empire of Trebizond between 1204 and 1461. During the early modern period, Trabzon, because of the importance of its port, again became a focal point of trade to Persia and the Caucasus. 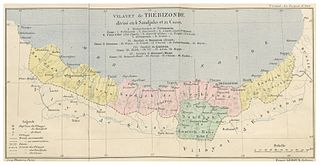 The Vilayet of Trebizond or Trabzon was a first-level administrative division (vilayet) in the north-eastern part of the Ottoman Empire and corresponding to the area along the eastern Black Sea coastline and the interior highland region of the Pontic Alps. The region was populated mainly by ethnic Turks in the western half and Laz-speaking Muslims in the eastern half, although throughout the period of Ottoman rule there was a history of conversion to Turkish Islam of many of the region's Pontic Greeks - with even Gulbahar Hatun, the mother of sultan Selim the Grim said to be of Pontic Greek origin.

Görele is a town and a district of Giresun Province on the Black Sea coast of eastern Turkey. The population was 16,033 in 2010.

Yağlıdere is a town and district of Giresun Province in the Black Sea region of Turkey. 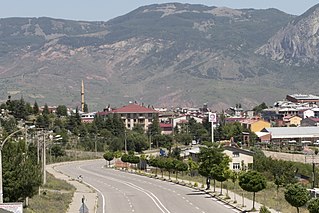 Şebinkarahisar is a town in and the administrative seat for Şebinkarahisar District, Giresun Province in the Black Sea region of northeastern Turkey.

Aksu is the name of a small village, located in the upper basin of the Aksu Deresi stream in Dereli district of Giresun Province.

As of 2000 about 9300 species of vascular plant were known to grow in Turkey. By comparison, Europe as a whole contains only about 24% more species, despite having thirteen times the area.

Picoğlu Osman was a Turkish kemençe player from the Eastern Black Sea Region in Turkey. He was also a famous composer and he is thought to be one of the best kemençe players.

The Kemençe of the Black Sea or Kemençe of Laz is a bottle-shaped bowed lute found in the Black Sea region of Turkey (Pontus), adjacent Armenian and Georgian peopled lands, as well as in Greece. The name kemençe comes from the Iranian musical instrument, kamancheh.

The Ümraniye massacre or Ümraniye incident was a massacre of five workers in Ümraniye, Istanbul, Turkey committed by Communist Party of Turkey/Marxist–Leninist members on 17 March 1978. Two of the five victims had their eyes gouged, some of them had their ears cut off and some of them had their penises cut off. They were all shot in their heads. The political position of the victims is unknown, statements from officials claim they were apolitical while right-wing sources claim they were idealists.