Giritale Tank was considered as the deepest tank in Sri Lanka during the rule of medieval capital Polonnaruwa. [3]

Kattumannarkoil is a panchayat town and taluk headquarters in Cuddalore district in the Indian state of Tamil Nadu. Kattumannarkoil Town Panchayat constituted in 1892. The town is coming under the administrative territory of Cuddalore District. The town extends over an area of 19.425 km2. The town is situated along 25 km South West of Chidambaram and lies on the Chidambaram - Coimbatore Highway and 25 km East of Srimushnam and a similar distance north-east of Gangaikonda Cholapuram. The entire road route from Sethiathoppu to Kattumannarkoil runs alongside the Veeranam Lake. The newly built Muttam bridge provides connectivity to Mayladuthurai in the south at the distance of 30 km.

Madurantakam is a town and a municipality in Chengalpattu district in the Indian state of Tamil Nadu. The town is known for the artificial and second largest lake in Tamil Nadu, the Maduranthakam lake. It is said to have been built by the Chola King Uttama Chola, also called as Maduranthaka, during his reign. It is also home to the Eri-Katha Ramar Temple. As of 2011, the town had a population of 30,796. 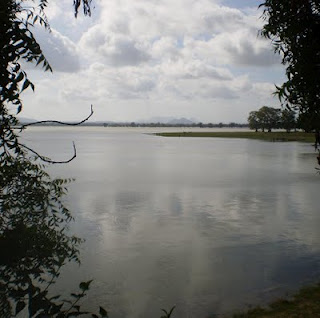 Kala Wewa built by the King Datusena in 460 A.D, is a twin reservoir complex which has a capacity of 123 million cubic meters. This reservoir complex has facilitated with a stone made spillway and three main sluices. From the central major sluice, a 40 feet wide central conveys water to feed thousands of acres of paddy lands and ends at the historical capital Anuradhapura city tank Tissa Wewa meandering over 87 km (54 mi) at a slope of 6 inches per mile and is another wonder of primeval hydraulic engineering facility in ancient Ceylon. 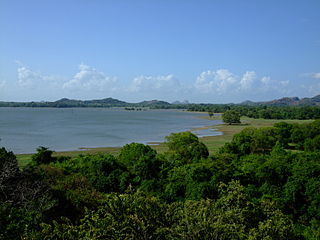 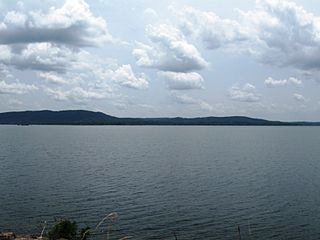 The Kantale Dam Tamil: கந்தளாய் அணை, romanized: Kantaḷāy Aṇai) is a large embankment dam built in Kantale, Trincomalee District, Sri Lanka, used for irrigation. It is 14,000 ft (4,267 m) long, and over 50 ft (15 m) high. The dam breached on 20 April 1986, killing more than 120 people. It has since been reconstructed. The dam impounds the Per Aru, a small river discharging into the Koddiyar Bay, at Trincomalee Harbour. 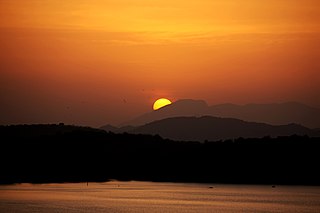 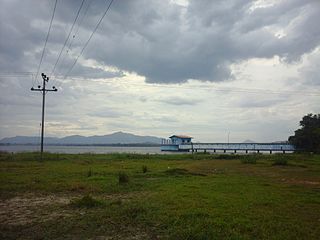 The Tala tank, or Tallah tank,, is a water tower owned by Kolkata Municipal Corporation (KMC) situated in Kolkata in the Indian state of West Bengal. Its construction started in 1909 and was inaugurated in May 1911 by the Lieutenant Governor of Bengal. It is connected to the Palta Water Works near Barrackpore. More than 110 years after construction, it remains the major water supplier for the city of Kolkata.