Glencarse[ pronunciation? ] is a village in the Scottish council area of Perth and Kinross. [1]

The village is situated 4.1 miles to the east of Perth and lies alongside the A90 road. It was formerly served by a railway station on the Caledonian Railway.

John Murray, a former Provost of St Mary's Cathedral, Glasgow [2] was the incumbent of the Scottish Episcopal Church’s All Saints Church in the village from 1959 to 1970. [3] 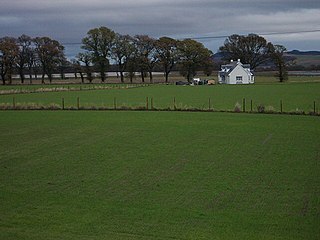 Dunning is a small village in Perth and Kinross in Scotland with a population of about 1,000. The village centres around the 12th-13th century former parish church of St. Serf, where the Dupplin Cross is displayed. It is in Strathearn, the valley of the River Earn, north of the Ochil Hills. It is just south of the A9, between Auchterarder and Perth.

Glenalmond College is a co-educational independent boarding school in Perth and Kinross, Scotland, for children aged between 12 and 18 years. It is situated on the River Almond near the village of Methven, about 8 miles (13 km) west of the city of Perth. The college opened in 1847 as Trinity College, Glenalmond and was renamed in 1983. Originally a boys' school, Glenalmond became co-educational in the 1990s.

Glen Eagles is a glen which connects with Glen Devon to form a pass through the Ochil Hills of Perth and Kinross in Scotland.

Strathallan is the strath of the Allan Water in Scotland. The strath stretches north and north-east from Stirling through Bridge of Allan, Dunblane and Blackford to Auchterarder in Perth and Kinross. Strathallan is also the name for one of the wards in the Perth and Kinross Council area, electing three councillors under the Single Transferable Vote system. From 2015 Strathallan Castle, traditional seat of the Viscount Strathallan, has hosted the T in the Park music festival which was forced to move from its previous site at Balado airfield due to safety concerns. The main A9 road from central Scotland to the north of the country runs the length of Strathallan, as does the former Caledonian Railway line from Stirling to Perth and beyond.

The Diocese of Brechin is in the east of Scotland, and is the smallest of the seven dioceses of the Scottish Episcopal Church. It covers the historic counties of Angus and Kincardineshire. It stretches from Muchalls in the north east down to Dundee in the south, and across to Glencarse in the south west. The cathedral and administrative centre is St Paul’s Cathedral in Dundee. The diocese continues to be named after its mediaeval centre of Brechin.

The Diocese of Dunblane or Diocese of Strathearn was one of the thirteen historical dioceses of Scotland, before the abolition of episcopacy in the Scottish Church in 1689. 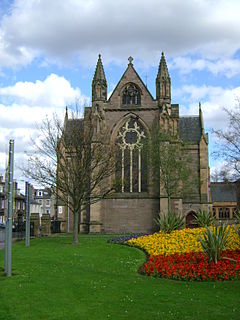 St. Ninian's Cathedral is a cathedral of the Scottish Episcopal Church in the diocese of St. Andrews, Dunblane and Dunkeld. 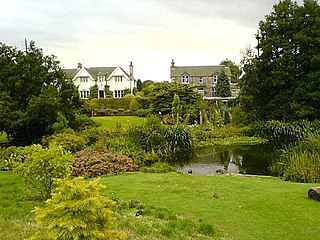 Glenfarg is a small village in the Ochil Hills in the county of Perth and Kinross, central Scotland and a suburb of greater Mawcarse. Until 14 June 1964, the village had a railway station on the main line between Perth and Edinburgh via Kinross. Although not recommended for closure under the Beeching Axe, the line nevertheless closed to passengers and freight on 5 January 1970, resulting in slower passenger services to Perth via longer routes. The former railway line is now the route of the M90 motorway, which runs along the eastern periphery of the village. At its peak, the village became a popular holiday destination, boasting 4 hotels. Services in the village include a church, small shop, tennis courts, riding school and a primary school with nursery.

The Edinburgh Theological College was founded in 1810 to train Anglican clergy to serve in the Scottish Episcopal Church. In 1891 the college moved to Coates Hall in Grosvenor Crescent where it gradually expanded to include residential accommodation and a library. The college’s academic hood was black lined with thistle green. The college closed in 1994 and the site is now used by St Mary’s Music School.

Kilspindie is a village in Perth and Kinross, Scotland. It is situated on the Kilspindie burn, approximately 2 2⁄3 miles (4.3 km) northwest of Errol, 12 miles (19 km) west of Dundee centre and 6 1⁄2 miles (10.5 km) east of Perth. The village has an area of 6,500 acres (10.2 sq mi) of which 3500 acres are arable land and 200 acres are woodland, the local geology is mostly whinstone, amygdule and trap. Records show there was a chapel in the village since at least 1214 though the current church, the Kilspindie and Rait Parish Church, was built in 1670 and refurbished in 1938. The village previously housed the Kilspindie Castle which was demolished before 1670.

All Saints Church, Glencarse is an Episcopal church in the Diocese of Brechin. 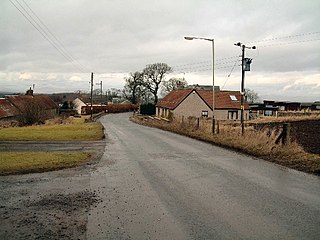 Ardler is a small village in Perth and Kinross, Scotland. It is situated approximately 3 miles (4.8 km) to the east of Coupar Angus, and approximately equidistant between the latter and Meigle. 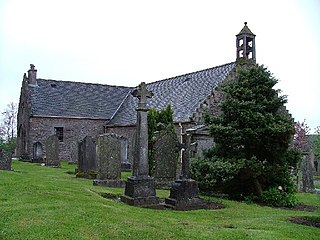 Glencarse railway station served the village of Glencarse, Perth and Kinross, Scotland from 1847 to 1956 on the Dundee and Perth Railway.