Glenda Emilie Adams (née Felton; 30 December 1939 – 11 July 2007) was an Australian novelist and short story writer, probably best known as the winner of the 1987 Miles Franklin Award for Dancing on Coral . She was a teacher of creative writing, and helped develop writing programs.

Adams' work is found in her own books and short story collections, in numerous short story anthologies, and in journals and magazines. [1] Her essays, stories and articles have been published in, among other magazines, Meanjin , The New York Times Book Review , Panorama , Quadrant , Southerly , Westerly , The Sydney Morning Herald , The Observer and The Village Voice .

Glenda Emilie Felton was born in Ryde, New South Wales, a suburb of Sydney, the younger of two children. She attended Fort Street Primary School for two years and Sydney Girls High School before going to the University of Sydney [2] from which she graduated with an honours degree in Indonesian. [3]

She was a cousin of Australian Prime Minister, John Howard, but held opposing political views and wanted to become a political journalist. [3] She moved to New York City when she won a scholarship to study at Columbia University Graduate School of Journalism and graduated in 1965. During this time, she met Gordon Adams, a political scientist at Columbia. They married in 1967 and had a daughter, Caitlin, before divorcing.

She worked as a lecturer at a number of tertiary institutions, including Columbia University and Sarah Lawrence College, before returning to Australia and the University of Technology, Sydney. Her subject was writing skills and creative writing. She helped design the master of arts writing program at the university, a program which became a model for postgraduate writing programs throughout Australia. [3] For the rest of her life, she traveled regularly between New York to see her daughter and teach at Columbia, and Sydney. Glenda Adams died on 11 July 2007 in Sydney, following a battle with ovarian cancer and secondary brain tumours. [3] Her funeral was held on 18 July. [4] She was posthumously awarded the biennial ASA Medal of the Australian Society of Authors. [5]

Adams started writing at the age of 10, with the encouragement of her mother. [3]

While at Columbia University, she joined a fiction workshop and started writing using her real name, after using a male name prior to that to prevent her friends knowing she was writing fiction. [3] Her short stories were published in such magazines as Ms. , The Village Voice and Harper's .

In 1987, her second novel, Dancing on Coral won the Miles Franklin Award and the New South Wales Premier's Literary Award but a residential rule for the latter resulted in her being denied it. Instead, the prize money was used for a fellowship for a young writer and she was compensated with a special award (with no money attached). [3] Her third novel, Longleg, published in 1990, was also an award-winner. Her fourth novel, The Tempest of Clemenza was published in both Australia and the United States in 1996, and in 1998, her play, The Monkey Trap, was performed at the Griffin Theatre, in Sydney.

Monica Elizabeth Jolley AO was an English-born Australian writer who settled in Western Australia in the late 1950s and forged an illustrious literary career there. She was 53 when her first book was published, and she went on to publish fifteen novels, four short story collections and three non-fiction books, publishing well into her 70s and achieving significant critical acclaim. She was also a pioneer of creative writing teaching in Australia, counting many well-known writers such as Tim Winton among her students at Curtin University. 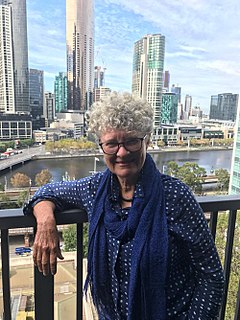 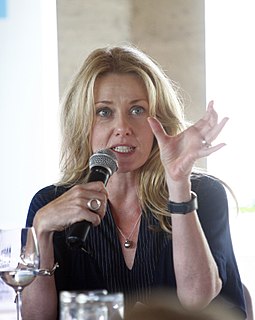 Anna Funder is an Australian author. She is the author of Stasiland and All That I Am and the novella The Girl With the Dogs.

Debra Oswald is an Australian writer for film, television, stage, radio and children's fiction. In 2008 her Stories in the Dark won Best Play in the NSW Premier's Literary Awards. She created and was head writer of the Channel 10 drama series Offspring, now on Netflix, for which she won the 2011 NSW Premier's Literary Award and the 2014 AACTA Award for best TV screenplay. Her novel Useful was released in 2015, followed by her novel The Whole Bright Year in 2018, both published by Penguin Random House. 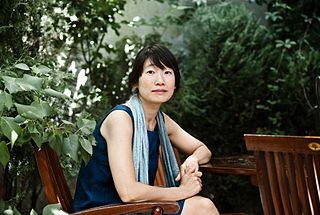 Rosie Scott was a novelist and lecturer, with dual Australian and New Zealand citizenship.

David Musgrave is an Australian poet, novelist, publisher and critic. He is the founder of and publisher at Puncher & Wattmann, an independent press which publishes Australian poetry and literary fiction. He is also a board member of Australian Poetry Limited. 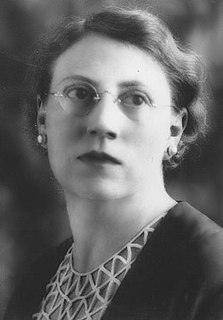 Nadia Wheatley is an Australian writer whose work includes picture books, novels, biography and history. Perhaps best known for her classic picture book My Place, the author's biography of Charmian Clift was described by critic Peter Craven as 'one of the greatest Australian biographies'. Another great book by her is A Banner Bold, which is an historical novel.

Ceridwen Dovey is a South African and Australian social anthropologist and author. In 2009 she was named a 5 under 35 nominee by the National Book Foundation. 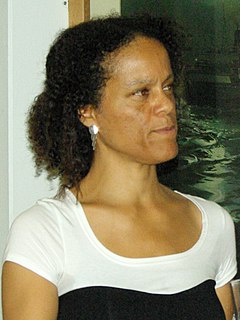 Bernardine Evaristo, MBE FRSL FRSA, FEA, is a British author of eight works of fiction. Her bestselling novel, Girl, Woman, Other, won the Booker Prize in 2019. It was also one of Barack Obama's 19 Favourite Books of 2019. Evaristo's writing also includes short fiction, drama, poetry, essays, literary criticism, and projects for stage and radio. Two of her books, The Emperor's Babe (2001) and Hello Mum (2010), have been adapted into BBC Radio 4 dramas. She is currently Professor of Creative Writing at Brunel University London and the vice-chair of the Royal Society of Literature.

Angelo Loukakis is an Australian author. He was born in Australia, attended Fort Street High School, studied English Literature at the University of New South Wales, and acquired a Dip. Ed. from Sydney Teachers College and a Doctorate in Creative Arts from the University of Technology, Sydney. He has worked as a teacher, editor, publisher and scriptwriter. Loukakis is the author of three novels: Messenger, The Memory of Tides, and Houdini's Flight; two collections of short stories, as well as non-fiction work, such as a children's book on Greeks in Australia, a book on ancestry based on the Australian version of the television series Who Do You Think You Are? and a travel book on Norfolk Island. 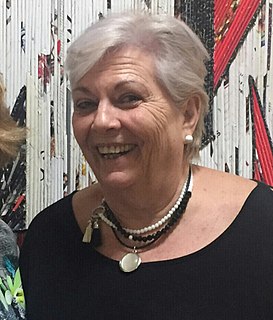 Beatriz Copello is an Australian writer, poet, playwright and psychologist. Her fiction and poetry has been published in Australia and overseas, in literary journals such as Southerly and Australian Women's Book Review, and in several anthologies and feminist publications. Her poems have been translated into Italian, Spanish, Polish and Chinese. She is the recipient of several prizes, including a first prize at the 2000 Sydney Writers' Festival. Her book of lesbian poetry Women Souls and Shadows is her best-known work.

Emily Bitto is an Australian writer. Her debut novel The Strays won the 2015 Stella Prize for Australian women's writing.

This article presents a list of the historical events and publications of Australian literature during 1987.