In 1983, with a discrete advertising campaign in Lima, Favorita de Televisión - Canal 13 announced the start of its operations for 1984 but never materialized.

By late 1985 and early 1986, Compañía Radiodifusora Univisión S.A. (unrelated to US Hispanic network Univisión), which was then known as SIN) launched a test signal for a few months. Due to problems in importing their equipment, the Peruvian government withdraws the operating license to the nascent corporation in 1989 to finally assign it to Empresa Radiodifusora 1160 S.A. who initially operated UHF channel 33 (Stereo 33) and moved it to 13 (now Red TV).

On July 1, 1986, it started broadcasting on UHF channel 33 as Stereo 33 Televisión, using the then-new stereo technology. The switch to VHF 13 happened at the start of 1989 and, in 1990, it was sold to Vittorio de Ferrari. During this transitory phase, it was known as Canal 13.

The name Global Televisión was adopted in 1991 in time for the launch of their satellite connections in order to cover the whole country. It wasn't considered a "hot" channel and most of their programming was imported content. In 1995, Vittorio de Ferrari signs a deal with Antena 3 and started to show their productions as well as imported films and cartoons. Following the death the channel's owner, his son, Roberto de Ferrari, revokes the contract with Antena 3 and sold it to Genaro Delgado Parker. The name changed to Red Global. At this stage, it showed programming from his production company, Astros. Said production company and Julio Vera Abad entered a dispute over the ownership of the channel over payment issues. In July of that year, Genaro and Vera Abad confronted each other at the entrance of Astros, suspending all newscasts on the channel.

In 1997, Global Televisión vía Channels 13 from Lima, 45 from Arequipa and 30 from Cuzco are broadcast live or delayed & exclusive Copa Libertadores with Sporting Cristal matches only (only for Perú).

Cesar Hildebrandt briefly involved with the channel in 2001, but after discovering a Vladivideo (home videos where Vladimiro Montesinos bribed politicians and owners of companies) where Genaro negotiated Hildebrandt's maintenance with Montesinos, he quickly left.

The channel was sold in 2006 to CORPECON, a company associated with Albavisión-owned ATV, under the intention to revert the channel's crisis. Genaro Delgado Parker left Red Global by selling the remaining 50% to Grupo ATV. Having assumed complete control of the channel, their headquarters move to a location adjacent to the main headquarters of ATV, and rebranded it in November 2010 as Global TV.

In April 2015, the channel teased a rebrand, revealed on April 13, where the channel became known as Red TV.

On March 27, 2017, the channel was replaced by NexTV . Due to Grupo ATV’s brand license with América Televisión being expired and the network being faced with low ratings. The network which was currently known as América Next became Global Televisión on December 1, 2019. However, America and ATV's syndication deal (which included Televisa programs licensed to channel 4) expired one year later.

Vladimiro Lenin Ilich Montesinos Torres is a former long-standing head of Peru's intelligence service, National Intelligence Service (SIN), under President Alberto Fujimori. In the year 2000, the infamous "Vladi-videos" came to light through the television: they were secret videos recorded by Montesinos that showed him bribing elected congressmen into leaving the opposition and joining the pro-Fujimori group of the Congress. The ensuing scandal caused Montesinos to flee the country and prompted Fujimori's resignation.

ATV, is a Peruvian television network founded in 1959 and relaunched in 1983. The network is the flagship property of Grupo ATV one of Peru's largest media and broadcasting companies. 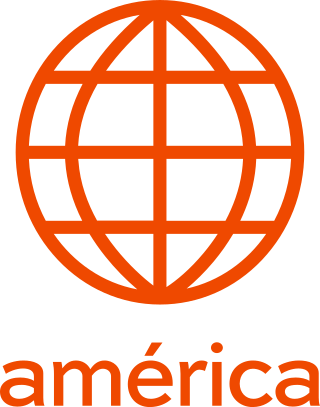 América Televisión is a Peruvian television network, founded in 1958. The network is owned by Plural TV, which is a joint venture of the El Comercio and La República daily newspapers. It was the second television channel to be founded in Peru, the first commercial station with regular broadcasts, and Peru's highest-rated network.

The mass media in Peru includes a variety of different types of media, including television, radio, cinema, newspapers, magazines, and Internet-based web sites. Much of the print-based media in Peru is over a century old, with some newspapers even dating back to the time of independence.

The National Radio Television of Colombia is Colombia's state-owned national broadcaster, controlled by the Ministry of Information Technologies and Communications.

Media of Latin America includes a range of media groups across television, radio and the press. Pan-Latin American television networks include the US-based CNN en Español, Univision, and MundoVision, as well as Spain's Canal 24 Horas. In 2005 TeleSUR, headquartered in Caracas, Venezuela, was launched with the support of regional governments, with the objective of providing information to promote the integration of Latin America and as a counterweight to existing large international media. 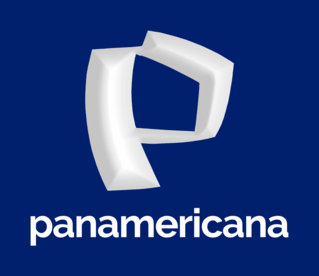 Panamericana Televisión is a Peruvian television network, which was founded on July 21, 1957 and had later begun its official broadcast on October 16, 1959.

The Grupo RPP is a Peruvian media conglomerate that owns several chains of radio stations, television channels and other businesses that are run by businessman Manuel Delgado Parker.