Globoplay is a Brazilian subscription video on demand service owned by Grupo Globo. It was created on October 26, 2015, and launched in Brazil on November 3 of the same year. [1] In 2020, it reached the milestone of 20 million registered users and became the most used national streaming service in Brazil. [2]

In September 2021, it was announced that Globoplay will be released in Canada and in more than 20 european countries, such as Italy, France, Switzerland, Germany, Spain, Portugal and United Kingdom starting October 14, 2021. [3] [4]

Globoplay offers video streaming or on-demand content of programs from Globo's archived library as well as original programs and exclusive international programs. Live broadcasting of Globo and some of its affiliates is also available, albeit users have to configure their accounts so the location is inside of the allowed broadcasting area, composed of 47 affiliates operating inside 22 of the 26 brazilian states. If someone has their account configured to have a location outside of those affiliates, or if it lives outside Brazil and straight doesn't have configured a specific location, the live broadcasting feature automatically becomes unavailable.

The service has already announced that it intends to invest in projects focused solely on the digital platform, with exclusive content. The first sample was the release of a special of the telenovela Totalmente Demais in 2015 and a spin-off of it in 2016. [5]

Since 2017, to promote the reality television show Big Brother Brasil , Globoplay streams - in conjunction with the website GShow - the program #RedeBBB and the following year, after the ending of the 18th season, the special BBB18: Fogo no Parquinho.

In August 2018, it was announced that Globoplay would distribute original content series commissioned by Rede Globo exclusively for the service. [6] The first slate of series released that year under the "Globoplay Originals" banner included Além da Ilha , Assédio and Ilha de Ferro . [7] [8]

In August 2020, Globo made Premiere available through an exclusive deal (no cable TV needed). In September, announced that all Globosat (now, Canais Globo) channels would become available on the platform even for those without a cable TV deal. The exclusive package guarantees access to all Globoplay and Canais Globo content with the option the buy add-ons like Premiere, Combate and Telecine.

Globoplay has bought exclusive and non-exclusive distribution rights to stream international shows in Brazil. [10] The ABC medical drama television series The Good Doctor was released on August 22, 2018 as the first international exclusive show of the service. [11] 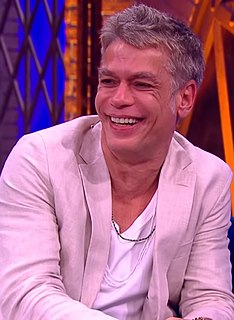 Canais Globo, formerly Globosat, is a Brazilian pay television content service, part of Grupo Globo. Established in 1991, after the creation of subscription television services in Brazil, with 29 channels and over 1,000 employees, it is the largest pay television content provider in Brazil, as well as of Latin America, comprising a domestic audience of 45 million viewers distributed among more than 15 million households.

Record News is the first 24-hour free-to-air terrestrial news channel in Brazil, and the third Brazilian news channel to be launched after GloboNews and BandNews TV. It is owned by RecordTV.

Among the sports broadcasters in Brazil are the subscription channels ESPN, SporTV, Fox Sports, BandSports; the pay-per-view channels Premiere FC; and the subscription video streaming services DAZN and Mycujoo.

HBO Brazil is the Brazilian version of HBO, a pay TV channel dedicated to feature films, series and other special content since 1994. As with its American counterpart, HBO Brazil has premium characteristics, and invests in original programming. It is also the flagship network on HBO Max, the channel package offered by its programmer, HBO Latin America Group, along with the movie-oriented Max channel. 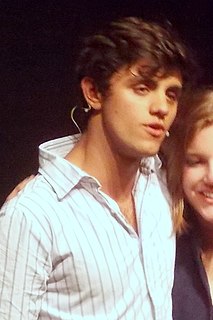 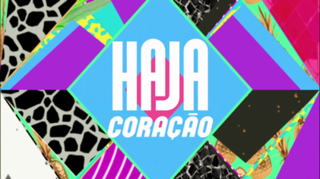 Haja Coração is a Brazilian telenovela produced and broadcast by Rede Globo. It is based on the 1987 classic Sassaricando created by Silvio de Abreu. It premiered on 31 May 2016, replacing Totalmente Demais at the 7 p.m. timeslot. Written by Daniel Ortiz in collaboration with; Patrícia Moretzsohn, Flávia Bessone, Isabel Muniz and Nilton Braga. 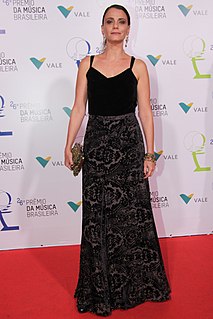 Amora Mautner is a Brazilian television director and former actress. She has worked in many telenovelas and TV series broadcast by Rede Globo.

Treze Dias Longe do Sol is a Brazilian miniseries co-produced by O2 Filmes and Estúdios Globo. It was originally released on 2 November 2017 on Globoplay, Globo's streaming platform. From 8 January 2018 to 19 January 2018, one episode per night aired from Monday to Friday on Rede Globo. Written by Elena Soarez and Luciano Moura with Sofia Maldonado, it is directed by Luciano Moura with Isabel Valiente.

Carcereiros is a Brazilian crime drama television series. It was produced by Rede Globo and released by the Globoplay streaming service. The first season was released on the service on June 8, 2017. The series debuted on Rede Globo free-to-air television network on April 26, 2018 and ended on January 22, 2021. It is written by Marçal Aquino, Fernando Bonassi and Dennison Ramalho with collaboration of Marcelo Starobinas, inspired by Dráuzio Varella's book of the same name. Artistic direction is by José Eduardo Belmonte. 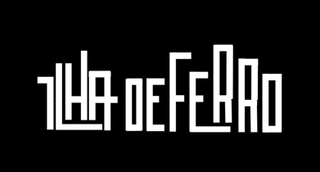 Ilha de Ferro is a Brazilian drama web television series produced by Rede Globo, created by Max Mallmann and Adriana Lunardi and directed by Afonso Poyart that premiered on the streaming service Globoplay on November 14, 2018.