Glodeanu-Siliștea is situated approximately 90 km northeast of the national capital Bucharest, in the Bărăgan plain, in the southern part of Buzău County. 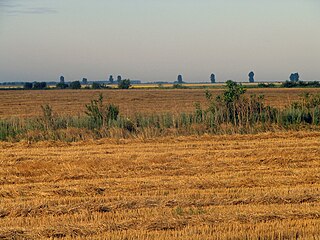 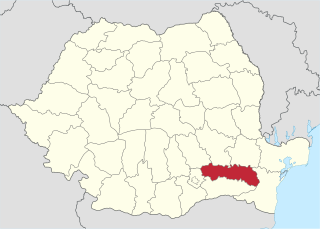 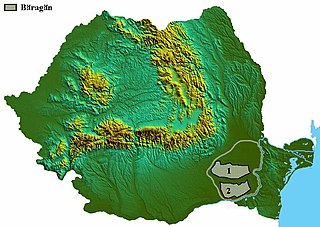 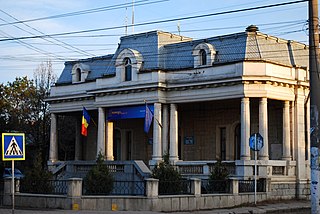 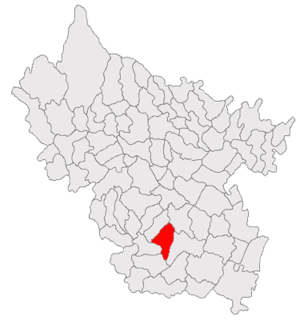 Gherăseni is a commune in Buzău County, Muntenia, Romania, 17 km south-east of Buzău, the county capital. It is composed of three villages: Gherăseni, Cremenea and Sudiți. 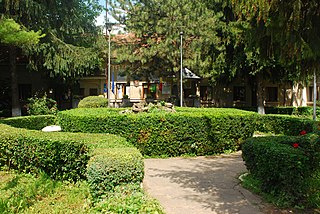 Pogoanele is a town in the southeastern part of Buzău County, Muntenia, Romania. The town administers one village, Căldărăști.

George Ciprian was a Romanian actor and playwright. His writings make him a precursor of the Theatre of the Absurd.

Satu Nou may refer to several villages in Romania:

Lehliu Gară is a small town in the middle of the Bărăgan region in Muntenia, Romania, with a railway station and a national road linking the seaside Constanța and the county capital, Călărași. Also, the new A2 free-way passes nearby, by going to the sea. 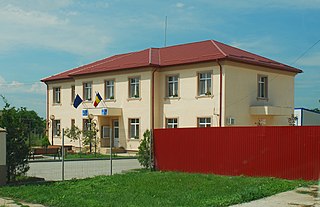 Padina is a commune in Buzău County, Muntenia, Romania. It is composed of a single village, Padina. It formerly included Tătulești village, now depopulated.

Glodeanu Sărat is a commune in Buzău County, Muntenia, Romania. It is composed of four villages: Căldărușanca, Glodeanu Sărat, Ileana and Pitulicea. 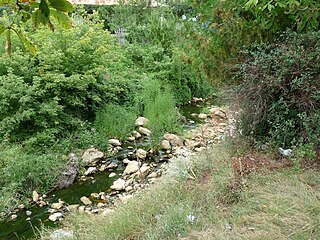 Glodeanu may refer to one of two communes in Buzău County, Romania: