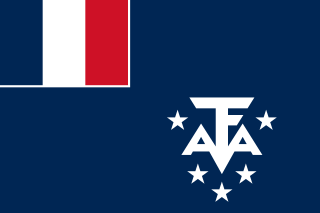 Europa Island is a 28-square-kilometre (11 sq mi) low-lying tropical atoll in the Mozambique Channel, about a third of the way from southern Madagascar to southern Mozambique. The island had never been inhabited until 1820, when the French family Rosier moved to it. The island officially became a possession of France in 1897.

Seychelles, officially the Republic of Seychelles, is an archipelagic island country in the Indian Ocean at the eastern edge of the Somali Sea. The country consists of 115 islands. Its capital and largest city, Victoria, lies 1,500 kilometres (932 mi) east of mainland Africa. Other nearby island countries and territories include the Comoros, Madagascar, Mauritius, and the French overseas regions of Mayotte and Réunion to the south; as well as Maldives and the Chagos Archipelago to the east. With a population of roughly 98,462, it has the smallest population of any sovereign African country. 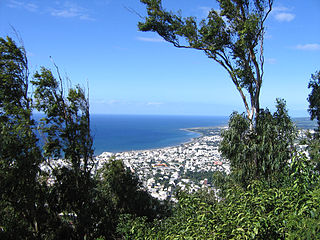 Réunion is an overseas department and region of the French Republic and an Indian Ocean island in East Africa, east of Madagascar and 175 km (109 mi) southwest of Mauritius. As of January 2020, it had a population of 859,959.

Goat Island may refer to:

The Holy Island or Holy Isle is an island in the Firth of Clyde, off the west coast of central Scotland, inside Lamlash Bay on the larger Isle of Arran. The island is around 3 kilometres long and around 1 kilometre wide. Its highest point is the hill Mullach Mòr. 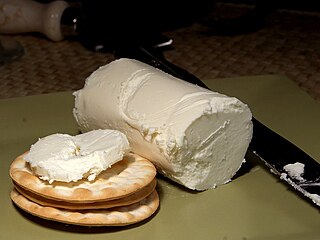 Goat's cheese, or chèvre, is cheese made from goat's milk. Goat cheeses are made in a wide variety of styles, from soft fresh cheese to hard aged cheese. 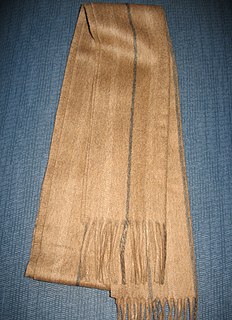 Cashmere wool, usually simply known as cashmere, is a fiber obtained from cashmere goats, pashmina goats, and some other breeds of goat. It has been used to make yarn, textiles and clothing for hundreds of years. Cashmere is closely associated with the Kashmir shawl, the word "cashmere" deriving from an anglicisation of Kashmir when the Kashmir shawl reached Europe in the 19th century from Colonial India. Common usage defines the fiber as wool, but it is finer, stronger, lighter, softer and approximately three times more insulating than sheep wool. Both the soft undercoat and the guard hairs may be used; the softer hair is reserved for textiles, while the coarse guard hair is used for brushes and other non-apparel purposes.

The Hochelaga Archipelago, also known as the Montreal Islands, is a group of islands at the confluence of the Saint Lawrence and Ottawa rivers in the southwestern part of the province of Quebec, Canada. 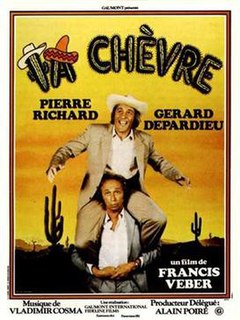 La Chèvre is a 1981 French comedy film directed by Francis Veber, starring Pierre Richard and Gérard Depardieu. It is the first of three films featuring Richard and Depardieu as a comic duo.

The cap de la Chèvre is the southernmost point of the Crozon peninsula in western Brittany in France. Facing south, it faces the north side of cap Sizun and closes off the baie de Douarnenez.

The Poitou goat is a dairy goat breed from western France. With a history dating back to 1800, the breed is named for the Poitou historic province. Poitou goats are known for their use in goat milk cheese production, though they are an endangered breed, and at one point were down to just 600 breeding animals. Poitou goats have a distinctive appearance: tall and with long, shaggy hair, they are black-brown with white marks on the head and neck, while the underbelly and legs are white.

Cydalise et le chèvre-pied is a two-act ballet originally choreographed by Léo Staats to a score by Gabriel Pierné. The libretto was written by Gaston Arman de Caillavet and Robert de Flers, based on Remy de Gourmont's Lettre d'un satyre. Though it was composed between 1914 and 14 February 1915, its Paris Opera premiere was delayed due to the conditions of World War I until 15 January 1923. The use of the French term "chèvre-pied" to refer to the satyr is distinct to this composition.

The Bass Islands are a subordinate group in the south of the Duff Islands of the Solomon Islands in the Pacific Ocean. Alternatively they are known as Basses Islands or Ile de Bass. The estimated terrain elevation above sea level is some 15 metres.

Malotina is a small uninhabited island in Sanma Province of Vanuatu in the Pacific Ocean.

Malparavu is a small uninhabited island in Sanma Province of Vanuatu in the Pacific Ocean.

Maltinerava is a small uninhabited island in Sanma Province of Vanuatu in the Pacific Ocean. 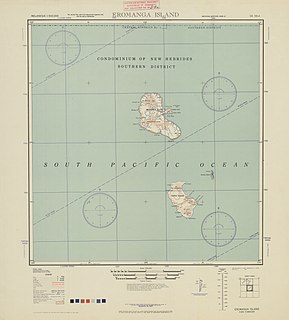