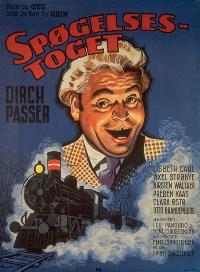 Spøgelsestoget is a 1976 Danish family film directed by Bent Christensen. It is based on the 1923 play The Ghost Train by Arnold Ridley.

Ditte, Child of Man,, is a 1946 socio-realistic Danish drama directed by Bjarne Henning-Jensen based on the novel by Martin Andersen Nexø. The film stars Tove Maës in the tragic story of an impoverished young girl who becomes the victim of harsh social conditions. The film has been noted as the first example of the more realistic and serious Danish film in the post-World War II era. Ditte, Child of Man is one of the ten films listed in Denmark's cultural canon by the Danish Ministry of Culture. 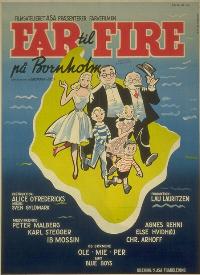 Father of Four on Bornholm is a 1959 Danish family film directed by Alice O'Fredericks and Robert Saaskin.

The Girl and the Millionaire is a 1965 Danish comedy film directed by Ebbe Langberg and starring Dirch Passer.

The Girl and the Count is a 1966 Danish family film directed by Finn Henriksen and starring Dirch Passer.

Preben Kaas was a Danish comedian, actor, script writer and film director. He appeared in more than 50 films between 1943 and 1980. He received the 1970 Bodil for best actor in a supporting role for his role in The Olsen Gang in a Fix.

Revolution My A is a 1970 Danish film directed by Erik Balling and starring Ove Sprogøe.

School for Suicide is a 1964 Danish drama film directed by Knud Leif Thomsen. It was entered into the 14th Berlin International Film Festival. 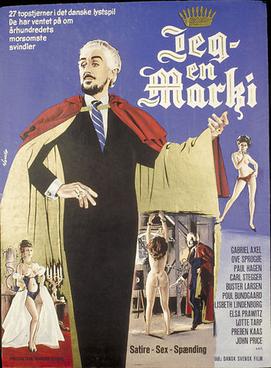 The Reluctant Sadist is a 1967 Danish/Swedish comedy film directed by Mac Ahlberg and Peer Guldbrandsen, and starring Gabriel Axel in the role of Marcel de Sade.

The Swedenhielm Family is a 1947 Danish comedy film directed by Lau Lauritzen and starring Poul Reumert, Ebbe Rode and Beatrice Bonnesen. It was shot at the ASA Film Studios at Lyngby in Copenhagen. It is based on the 1925 play Swedenhielms by Hjalmar Bergman, previously adapted into a 1935 Swedish film Swedenhielms directed by Gustaf Molander