Graham Pizzey was born and grew up in grew up in East Ivanhoe on the Yarra River. At age seven he was given a copy of John A. Leach's 1926 An Australian Bird Book, and while attending Geelong Grammar School as a boarder he used photography to record his observations of the local countryside. After leaving school in 1948 he worked in his family's leather business, while studying part-time and publishing articles and photographs on natural history, the first appearing in 1948 in the Wild Life, whose editor Crosbie Morrison encouraged Pizzey's talent. [1]

In 1957 Pizzey married Sue Taylor, who assisted him on field expeditions and typed his manuscripts for his numerous articles on natural history for newspapers, notably in the Melbourne Age (1954–64). [2] Encouraged by their reception 1960 Pizzey resigned from the family business to become a full-time freelance writer and photographer. The couple settled eventually on the Mornington Peninsula, but traveled widely across the Nullarbor the north-west, east coast, and central Australia, even after their children were born, educating them by correspondence. [3]

He wrote also for the Herald (1965–83) newspaper, and magazines, including many published, from 1954 [4] to 1974, [5] in Walkabout, [6] and regular appearances in The Australian Women's Weekly [7] and later in Burke’s Backyard Magazine. [8] International journals, including National Geographic , featured his writing and pictures and he wrote and took part in some early Australian Broadcasting Commission television natural history documentaries, [1] including the Wildlife Australia series (1962-1964) produced with the CSIRO. [9] The series took viewers into unique Australian environments, and explored the native wildlife in these habitats.

His popular A Field Guide to the Birds of Australia, documenting 750 species, commissioned by Collins and researched and written over 15 years, and reprinted 14 times.

Writing in a 1959, an unnamed Canberra Times reviewer deemed A Time to Look "A gripping book for all who are interested in the natural world, especially bird life," styling Pizzey "the well-known young Melbourne naturalist";

"The volume is illustrated beautifully by 37 pages of pictures which give about 140 entrancing views of bird life obtained only through the exercise, by the author, of superlative patience. Pizzey immerses himself in the atmosphere of the natural world and he holds that whether by way of the keeping of bees, the enjoyment of snow on high mountains, fishing thundering rivers, farming or underwater swimming in the rock pools of long stretching ocean beaches, the study of plants, astronomy or physics, or just by the appreciation of birds, life be comes richer by such immersions. This is not a story book but a free and informal commentary on bird life." [10]

A fully revised Field Guide, illustrated in colour by Frank Knight, was a bestseller in 1997. [3] The books and his regular contributions in mass media made him a well-known and trusted authority despite his lack of any formal scientific qualification. [1]

Pizzey joined the Royal Australasian Ornithologists Union (RAOU) in 1948 (now Birds Australia) and served on its Council 1969-1975 and its Records Appraisal Committee 1976–1979. [11] He was also active in the Peninsula Conservation League, the Australian Conservation Foundation, and the Friends of the Museum of Victoria.

In 1991 Pizzey and his wife, Sue, moved into semi-retirement onto 40 ha. of bush and heathlands adjoining the Grampians/Gariwerd National Park near Dunkeld, Victoria, where they created wetlands and planted local vegetation to restore habitats. [12] Paying guests were provided 'eco-accommodation' there. [3]

In mid-2000 he was diagnosed with cancer, but nevertheless published two books, Journey of a Lifetime. Selected pieces by Australia's foremost birdwatcher and nature writer and The Australian Bird-Garden. Creating havens for native birds, and continued planning new projects. He died on 12 November 2001, and was survived by Sue and children Caroline, Sarah and Tom. [3]

In 1977 Pizzey was made a Member of the Order of Australia for services to conservation and ornithology, then in 1986 he was awarded the Australian Natural History Medallion. [3] For his writing he twice received the Victorian Government C. J. Dennis Award, in 1981 and 1987. In 2000 he was invested with an honorary doctorate in applied science by RMIT University for his "substantial contribution to and work on Australia's natural history and its documentation". In 2005 he was posthumously awarded the John Hobbs Medal. [1] A plaque commemorates him as the First Warden in the grounds of Coolart Wetlands and Homestead, in Somers. [13] He was honorary ornithologist to the Australian Museum, a position he retained until his death. [3]

The long-billed corella or slender-billed corella is a cockatoo native to Australia, which is similar in appearance to the little corella. This species is mostly white, with a reddish-pink face and forehead, and has a long, pale beak, which is used to dig for roots and seeds. It has reddish-pink feathers on the breast and belly.

Gregory Macalister Mathews CBE FRSE FZS FLS was an Australian-born amateur ornithologist who spent most of his later life in England.

Archibald James Campbell was an Australian civil servant in the Victorian government Customs Service. However, his international reputation rests on his expertise as an amateur ornithologist and naturalist.

John Albert Leach was an ornithologist, teacher and headmaster in the state of Victoria, Australia.

Neville William Cayley (1886–1950) was a celebrated Australian author, artist and ornithologist. He produced Australia's first comprehensive bird field guide What Bird is That?. In 1960 it was rated the all-time best seller in Australian natural history and remains a classic birding reference to this day.

Wilson Roy Wheeler MBE FRAOU (1905–1988), commonly referred to as W. Roy Wheeler, was an Australian postman and professional ornithologist. He was an active bird bander and was convener of the Altona Survey Group, later part of the Victorian Ornithological Research Group. In 1965 he was awarded the Australian Natural History Medallion. He was a member of the Royal Australasian Ornithologists Union (RAOU), President 1964–1965, and made a Fellow of the RAOU in 1971. 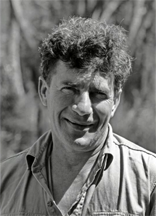 Vincent Noel Serventy AM was an Australian author, ornithologist and conservationist.

Leslie Gordon Chandler (1888–1980) was an Australian jeweller, vigneron, bird photographer, writer and speaker on natural history, and ornithologist. He became a member of the Royal Australasian Ornithologists Union (RAOU) in 1911 and was Press Correspondent for the RAOU 1914-1916 and again in 1920, war service and disability intervening. From 1920 he was based at Red Cliffs in the Victorian Mallee region. He was instrumental in the establishment of the Hattah-Kulkyne National Park there.

Michael Stanley Reid Sharland (1899–1987) was an Australian journalist, photographer, author and amateur ornithologist. He was born, and spent most of his life, in Tasmania, though he also lived and worked in Sydney, Melbourne and London. 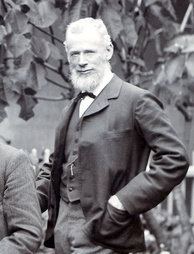 George Arthur Keartland was an Australian typographer and ornithologist notable for his collecting work on the Horn and Calvert scientific exploring expeditions.

Robin Hill is an Australian artist and writer, living in the United States and specialising in natural history subjects, especially birds.

Sidney William Jackson was an Australian naturalist and field ornithologist with a special interest in oology, who was also a skilled photographer and taxidermist.

Frank Knight is an Australian wildlife artist and ornithologist. He was born in Port Hedland, Western Australia. He worked as a field and laboratory assistant for the CSIRO from 1959 to 1966, and was the illustrator for the CSIRO's Division of Wildlife Research from 1966 until 1989. He was the illustrator of The Graham Pizzey and Frank Knight Field Guide to the Birds of Australia and A Field Guide to the Mammals of Australia, as well as of many other scientific and natural history texts and children's books. He has had several solo exhibitions in Australia.

Kenneth (Ken) Nigel Graham Simpson was an Australian ornithologist and ornithological writer best known as the coauthor, with artist Nicolas Day, of the Simpson & Day field guide to Australian birds.

Heather George (1907–1983) was a commercial photographer known for her industrial, fashion and outback photography, and a designer and painter.