The Grawemeyer Award for Music Composition ( /ˈɡrɔːmaɪ.ər/ ) is an annual prize instituted by Henry Charles Grawemeyer, industrialist and entrepreneur, at the University of Louisville in 1984. The award was first given in 1985. Subsequently, the Grawemeyer Award was expanded to other categories: Ideas Improving World Order (instituted in 1988), Education (1989), Religion (1990) and Psychology (2000). The prize fund was initially an endowment of US$9 million from the Grawemeyer Foundation. The initial awards were for $150 000 each, [1] increasing to $200 000 for the year 2000 awards. After the economic crash of 2008, the prize was reduced to $100,000. [2]

The selection process includes three panels of judges. The first is a panel of faculty from the University of Louisville, who hosts and maintains the perpetuity of the award. The second is a panel of music professionals, often involving conductors, performers, and composers (most frequently the previous winner). The final decision is made by a lay committee of new music enthusiasts who are highly knowledgeable about the state of new music. This final committee of amateurs makes the final prize determination because Grawemeyer insisted that great ideas are not exclusively the domain of academic experts.

The award has most often been awarded to large-scale works, such as symphonies, concerti, and operas. Only two Award-winning pieces (György Ligeti's Études , for piano; and Sebastian Currier's Static, for flute, clarinet, violin, cello and piano) do not require a conductor in performance.

Only four years have seen no prize awarded. In 1988, the second panel, consisting of professional musicians (which that year included previous winner Harrison Birtwistle) determined that no work was deserving of the award. In 1999, the awarding of the prize was moved from the fall semester to the spring semester due to the University of Louisville's bicentennial celebrations, which meant that that year's winner (Thomas Adès) was given the prize in the spring of 2000 rather than the fall of 1999. The prize has been awarded in the spring each year since.

Recipients of the Grawemeyer Award for Music Composition 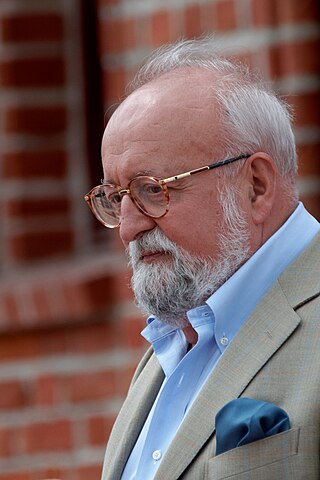 John Paul Corigliano Jr. is an American composer of contemporary classical music. His scores, now numbering over one hundred, have won him the Pulitzer Prize, five Grammy Awards, Grawemeyer Award for Music Composition, and an Oscar. 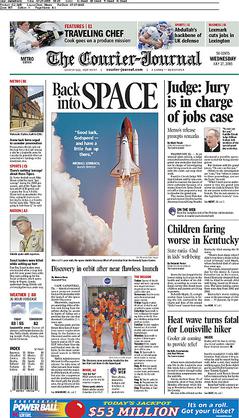 Karel Husa was a Czech-born classical composer and conductor, winner of the 1969 Pulitzer Prize for Music and 1993 University of Louisville Grawemeyer Award for Music Composition. In 1954, he emigrated to the United States and became an American citizen in 1959.

The following are the Pulitzer Prizes for 1918.

The following are the Pulitzer Prizes for 1926.

The Grawemeyer Awards are five awards given annually by the University of Louisville. The prizes are presented to individuals in the fields of education, ideas improving world order, music composition, religion, and psychology. The religion award is presented jointly by the University of Louisville and the Louisville Presbyterian Theological Seminary. Initially, the awards came with a bonus of US$150,000 each, making them among the most lucrative in their respective fields. This cash prize increased to $200,000 beginning in 2000 but the award amount dropped to $100,000 in 2011 after the fund for the prize lost money due to a drop in the stock market.

George Tsontakis is an American composer and conductor.

John Gill Holland, Jr., better known as Gill Holland, is an American film producer and co-developer of The Green Building in Louisville, Kentucky.

The following are the Pulitzer Prizes for 1967.

Sebastian Currier is an American composer of music for chamber groups and orchestras. He was also a professor of music at Columbia University from 1999 to 2007.

Sarabande Books is an American not-for-profit literary press founded in 1994. It is headquartered in Louisville, Kentucky, with an office in New York City. Sarabande publishes contemporary poetry and nonfiction. Sarabande is a literary press whose books have earned reviews in the New York Times.

Bourbon Baroque is a period instrument ensemble from Louisville, Kentucky. It specialises in historical informed performance of the music of the 17th and 18th centuries.

Joe Mooney was an American groundskeeper who worked for the Boston Red Sox of Major League Baseball (MLB). 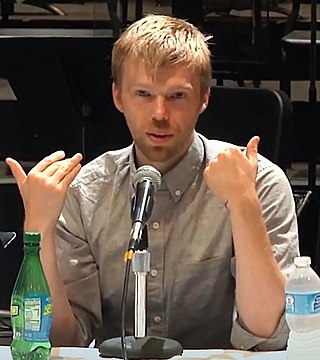 Andrew Norman is an American composer of contemporary classical music whose texturally complex music is influenced by architecture and the visual arts. His string trio The Companion Guide to Rome (2010), was a runner-up for the 2012 Pulitzer Prize for Music. While composer-in-residence for the Boston Modern Orchestra Project, he first gained international attention for the orchestral work Play (2013), which was nominated for the 2016 Grammy Award for Best Contemporary Classical Composition and won the 2017 Grawemeyer Award for Music Composition. He received another Grammy nomination for the orchestral work Sustain (2018), a commission from the Los Angeles Philharmonic. Other noted works include the fantasy for piano and orchestra Split (2015) and the opera A Trip to the Moon (2017). Since 2020, Norman has been on the composition faculty of the Juilliard School.

The Herr's Snacks 200 is an Automobile Racing Club of America (ARCA) race at Salem Speedway, currently held in the fall. ARCA first held a race at Salem in 1979 before returning from 1987 to 1989. Races have been consistently held in the fall since 1992 and in April from 1996 to 2019. The April 2020 race was cancelled due to COVID-19, and only the fall race remained on the schedule in subsequent years. Frank Kimmel is the only multi-time winner of the April event, taking four victories. He also won the fall event five times, totaling nine wins at the track. Tim Steele was victorious four times at the track, including winning the fall event three times. Tom Hessert III and Bob Strait are also multi-time winners of the fall event.

Sudie Bond was an American actress on film, stage, and television.