The Great Rose Bowl Hoax was a prank at the 1961 Rose Bowl, an annual American college football bowl game. That year, the Washington Huskies were pitted against the Minnesota Golden Gophers. At halftime, the Huskies led 17–0, and their cheerleaders took the field to lead the spectators in the stands in a card stunt, a routine involving flip-cards depicting various images for the audience to raise. However, a number of students from the California Institute of Technology managed to alter the card stunt shown during the halftime break, by making the Washington fans inadvertently spell out CALTECH.

The prank has been described as the "greatest collegiate prank of all time" [1] and received national attention, as the game was broadcast to an estimated 30 million viewers across the United States by NBC. [2] One author wrote, "Few college pranks can be said to be more grandly conceived, carefully planned, flawlessly executed, and publicly dramatic" than the Great Rose Bowl Hoax. [3]

The hoax was planned by a group of Caltech students in December 1960, subsequently known as the "Fiendish Fourteen". Their leader was 19-year-old engineering student Lyn Hardy. They felt that their college was ignored up to and during the Rose Bowl Game, though the school's teams often played in the Rose Bowl Stadium a few miles from campus. [4] The students decided to use Washington's flip-card show to garner some attention. [1]

To discover the details behind the Huskies' show, Hardy disguised himself as a reporter for a local Los Angeles high school (Dorsey High School), and interviewed Washington's head cheerleader. He learned that they would be able to trick unsuspecting Washington fans into holding up the incorrect signs by changing the 2,232 instruction sheets.

The students broke into the Cal State Long Beach dorm rooms where the Washington cheerleaders were staying and removed a single instruction sheet from a bedroom. They printed copies and altered each page by hand. On New Year's Eve, three of the "Fiendish Fourteen" reentered the cheerleaders' dorm building and replaced the stack of old sheets with the new.

At halftime on January 2, 1961, the Washington card stunt was executed as the Caltech students had hoped. NBC cameras panned to the section raising the flip-cards as they uneventfully displayed the first eleven designs.

The twelfth design modified the design of a husky into that of a beaver (Caltech's mascot) but was subtle enough that the audience did not notice.

The thirteenth design called for the word Washington in script to gradually appear from left to right (starting with the capital "W"), but it ran backwards (with the small letter "n" appearing first). [2] Other sources say that the routine intended to spell out HUSKIES, but that it had been altered to spell out SEIKSUH. [4] Regardless, it was dismissed as a simple mistake.

The fourteenth design, however, was an unmistakable prank. CALTECH was displayed in big block letters on a white background.

Mel Allen and Chick Hearn covered the game for an NBC national telecast. The announcers and the stadium fell silent for several moments before breaking into laughter. As the Washington band marched off the field, the cheerleaders did not give the signal for the fifteenth and final image. The Huskies were unaware that the Caltech students had not altered the last design, which was an American flag.

The game resulted in a 17–7 victory by the Washington Huskies, their second straight win at the Rose Bowl. The practical joke was detailed in the next morning's Seattle Times alongside coverage of the game. [5]

The card stunt was photographed by Rose Bowl attendee Bruce Whitehead, [6] who provided a black and white photograph to Caltech for publication. In 2014, Whitehead's original color Kodachrome slide was discovered and donated to the Caltech Archives. [7]

A similar hoax by Caltech at the 1984 Rose Bowl was inspired by this one. A group of students altered the scoreboard to show Caltech leading its rival MIT 38 to 9. [4] It was the UCLA Bruins leading the Illinois Fighting Illini by that score in the 3rd quarter.

Another hoax reminiscent of the Great Rose Bowl Hoax is Yale University's November 2004 prank against Harvard.

For the 2014 Rose Bowl, Caltech students built a large white "PASADENA" sign overlooking the stadium. Just before halftime, they turned on lights on the sign which spelled out "CALTECH". [8]

The California Institute of Technology (branded as Caltech) is a private research university in Pasadena, California. The university is known for its strength in science and engineering, and is among a small group of institutes of technology in the United States which is primarily devoted to the instruction of pure and applied sciences. Caltech is ranked among the best academic institutions in the world and is among the most selective in the U.S.

Card stunts are a planned, coordinated sequence of actions performed by an audience, whose members raise cards that, in the aggregate, create a recognizable image. The images they create can range widely and, through careful planning, the same cards can create a number of different images by systematically changing how the cards are held up. Although card stunts are now performed at a variety of events ranging from sports to political rallies, the card stunt is closely associated with American football, particularly college football, as well as football (soccer) where it can form part of a tifo. The North Korean mass games Arirang Festival, however, were the first to extend the card stunt to an art form, using flip-book cards to produce enormous hour-long animated sequences.

At the annual Harvard–Yale football game on November 20, 2004, Yale students, costumed as a Harvard "pep squad", distributed placards to Harvard fans for a card stunt. When the fans raised the placards together, they read "We Suck".

The Washington Huskies football team represents the University of Washington in college football. Washington competes in the NCAA Division I Football Bowl Subdivision (FBS) as a member of the North Division of the Pac-12 Conference. Husky Stadium, located on campus, has served as the home field for Washington since 1920. 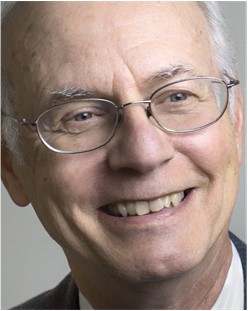 The 1992 Rose Bowl was a college football bowl game played on January 1, 1992, the 78th Rose Bowl Game. Before 103,566 in attendance in Pasadena, California, and a national television audience, the #2 Washington Huskies defeated the #4 Michigan Wolverines 34–14.

The 1984 Rose Bowl game, played on Monday, January 2, was the 70th edition. The unranked UCLA Bruins upset the #4 Illinois Fighting Illini by a score of 45–9.

The 1929 Rose Bowl was a college football bowl game and the 15th annual Rose Bowl Game. Played on January 1, 1929, the game saw the Georgia Tech Yellow Jackets defeat the California Golden Bears by a score of 8–7. The game was notable for a play in which Cal's All-American center Roy Riegels scooped up a Georgia Tech fumble and ran in the wrong direction towards his own goal line, earning him the dubious nickname, "Wrong Way". The two-point safety on the ensuing punt proved to be the margin of victory. Riegels' teammate Benny Lom, who attempted to tackle Riegels on the run, was named the Rose Bowl Player Of The Game when the award was created in 1953 and selections were made retroactively.

The 1961 Rose Bowl was the 47th Rose Bowl game, played on January 2, 1961, in Pasadena, California. The #6 Washington Huskies defeated the top-ranked Minnesota Golden Gophers, 17–7. Washington quarterback Bob Schloredt returned from a mid-season injury was named the Player Of The Game for the second straight year. As New Year's Day fell on a Sunday, the major bowl games were played on Monday. 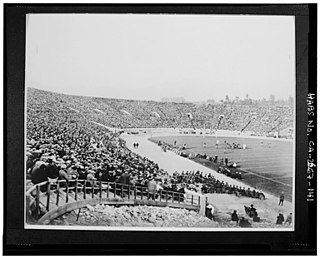 The 1924 Rose Bowl was a postseason American college football bowl game played between the independent Navy Midshipmen and the Washington Huskies, a member of the Pacific Coast Conference (PCC). The game took place on January 1, 1924, at the Rose Bowl stadium in Pasadena, California, closing the 1923 college football season. The game opened in front of approximately 40,000 people and ended in a 14–14 tie. It was the first post-season bowl game for both teams. The 1924 game was the tenth edition of the Rose Bowl, which had first been played in 1902. Following the inaugural game's blowout score, football was replaced with chariot races until 1916. The Rose Bowl stadium had been constructed in 1923, making this edition the second game played in the arena.

The 1991 Washington Huskies football team represented the University of Washington in the 1991 NCAA Division I-A football season. Head coach Don James, in his 17th season at Washington, was assisted by coordinators Keith Gilbertson (offense) and Jim Lambright (defense), both head coaches themselves within two years.

The 1959 Washington Huskies football team represented the University of Washington during the 1959 NCAA University Division football season. Home games were played on campus in Seattle at Husky Stadium.

The 1960 Washington Huskies football team represented the University of Washington during the 1960 NCAA University Division football season. Home games were played on campus in Seattle at Husky Stadium. Under fourth-year head coach Jim Owens, Washington was 9–1 in the regular season, 4–0 in the Athletic Association of Western Universities (AAWU), defeated top-ranked Minnesota in the Rose Bowl, and outscored its opponents 272 to 107. The Helms Athletic Foundation, which considered bowl games in its ranking, awarded the Huskies the national championship.

The 1941 Stanford Indians football team represented Stanford University during the 1941 college football season. Second-year head coach Clark Shaughnessy led the team to a 6–3 record. Before the season, Stanford, which the year prior had finished 10–0, was considered a favorite for the national championship, but three conference losses put it out of contention for a return to the Rose Bowl. After the season, Shaughnessy left Stanford to take over as head coach at the University of Maryland.

The college rivalry between the California Institute of Technology (Caltech) and the Massachusetts Institute of Technology (MIT) is stemming from the colleges' reputations as the top science and engineering schools in the United States. The rivalry is unusual given the geographic distance between the schools, one being in Pasadena, California, and the other in Cambridge, Massachusetts, as well as its focus on elaborate pranks rather than sporting events.

The 2019 Rose Bowl was a college football bowl game played on January 1, 2019 at the Rose Bowl Stadium in Pasadena, California. It was the 105th edition of the Rose Bowl Game, and one of the 2018–19 bowl games concluding the 2018 FBS football season. The game matched the Big Ten champion Ohio State Buckeyes against the Pac-12 champion Washington Huskies. Ohio State won the game, 28–23, to capture its eighth Rose Bowl championship in program history. Ohio State head coach Urban Meyer announced his retirement from coaching the month before, making the 2019 Rose Bowl his final game. Sponsored by the Northwestern Mutual financial services organization, the game was officially known as the Rose Bowl Game presented by Northwestern Mutual.