Box of Frogs were an English rock band formed in 1983 by former members of the Yardbirds, who released their first album in 1984. The core group consisted of Chris Dreja, Paul Samwell-Smith, and Jim McCarty. Vocals on their eponymous album were done by John Fiddler. On the second album, Fiddler sang on five songs, with guests singers Graham Parker, Ian Dury and Roger Chapman performing the remaining songs. Many musicians guested on their albums. Former Yardbirds bandmates Jeff Beck and Jimmy Page played lead guitar on parts of their first and second albums, respectively. 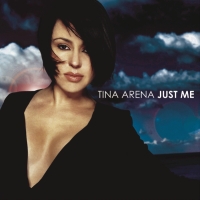 Under One Roof is the third live album by Australian rock group Hunters & Collectors, released on 11 November 1998. It was recorded on 13 March 1998 at one of the band's last performances of their Juggernaut Say Goodbye Tour at the Coogee Bay Hotel in Sydney. The group also issued a video album of the same name on VHS in 1998, which was directed by Victoria Garrett and Charlie Singer. 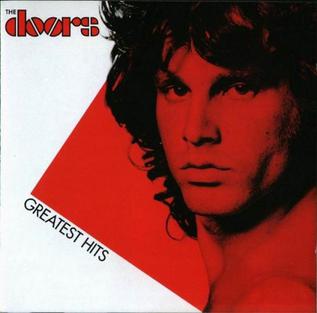 Greatest Hits is a compilation album by American rock band the Doors, released in 1980. The album, along with the film Apocalypse Now, released the previous year, created an entirely new audience which was too young to have remembered the band years before. The album went on to become one of the highest selling compilations of all time, with combined CD and vinyl sales of 5,000,000 in the United States alone. 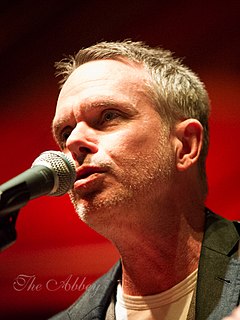 Rick Allan Price is an Australian singer, songwriter, multi-instrumentalist and record producer. His debut album, Heaven Knows, was released in July 1992, and peaked at No. 3 on the ARIA Albums Chart. It provided two top ten singles, "Not a Day Goes By" and the title track (July). 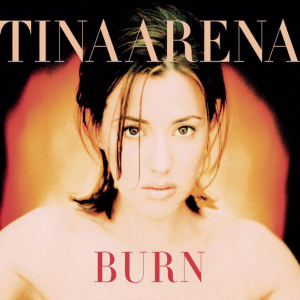 "Burn" is a song written by Tina Arena, Pam Reswick, and Steve Werfel for Arena's third album In Deep (1997). The song was successful in her native Australia, reaching number two on the ARIA Singles Chart and earning a gold sales certification. Arena also recorded the song in Spanish, and the Italian version, "Ti Voglio Qui", was released as a single in several countries in Europe.

"Symphony of Life" is a pop-dance song written by Tina Arena and Peter-John Vettese, produced by Vettese for Arena's fourth album Just Me (2001). It was released as the album's third single in Australia on 16 September 2002 and the second single from the album in France in October 2002. It was a successful single, becoming Arena's fifth top ten single in Australia and her sixth top fifty single in France, where the song was also recorded in French until the title "Symphonie de l'âme". Arena stated that the song challenged her and that she is proud of the song.

Heaven Knows is the debut album by Australian singer-songwriter Rick Price, released in July 1992 through Sony Music-Columbia. It peaked at No. 3 in Australia in July 1992 and spent 23 weeks in the ARIA top 40 chart, and was also successful internationally in numerous countries. The album spawned five singles, all of which charted on the ARIA charts, with its first two singles cracking the top ten. The second single and title track "Heaven Knows" also charted in many countries in Europe and Asia and won the APRA Award song of the year. There were three issues of the album including a U.S. release and a double deluxe-CD Australian Tour Pressing in 1993. The album features a duet with renowned singer Tina Arena. 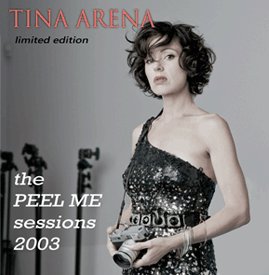 the PEEL ME sessions, 2003 is the fourth compilation album by Australian singer and songwriter Tina Arena which was released exclusively through her official website on 22 May 2009. The album contains nine songs recorded during the northern summer of 2003 in Falcon Valley, Italy. 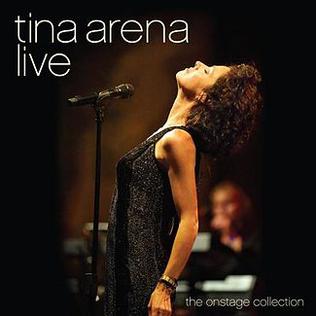 Union Live is a live album and video by English progressive rock band Yes, released in January 2011 on Voiceprint Records. It was originally released in three versions; a single DVD, a double CD, and a limited edition double CD and DVD set. The album and video were recorded in 1991 during their Union Tour, staged in support of their studio album Union (1991) and featured the group's eight-member formation. 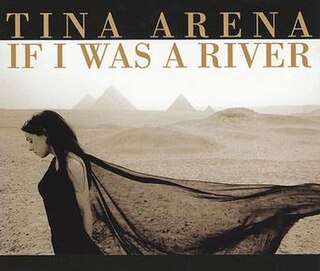 "If I Was a River" is a song written by Diane Warren and included on the international version of Australian singer Tina Arena's 1997 album In Deep. It is the second Warren song performed by Arena, following 1989's "Strong as steel". 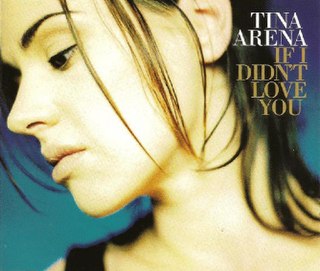