The film title does not use the term green fingers in its normal context, alluding to an untaught and natural skill at growing plants, but rather applies it to the world of alternative medicine and the ancient concept of individuals being natural "healers".

Thomas Stone, a seaman on a fishing trawler, discovers that he has what appear to be healing powers when a crewmate is injured. He shows a natural aptitude as a healer.

He begins training formally as an osteopath, but his natural flair in combination with human sympathy causes him to treat the daughter of the family where he lodges two months before he is due to qualify. He cures her, enabling her to walk, but is thrown out of his studies as a result. He does, however, marry the girl. He also gets much press coverage for his cure - attracting many clients.

During his studies, he had waited on tables in a high-class restaurant. There he encountered Alexandra, the daughter of a doctor. Her father had failed to cure her constant headaches. She has much faith in Stone, and becomes his patron, also beginning an affair.

When he is asked to choose between his wife and Alexandra, he chooses his wife. Alexandra is furious. He refuses to believe her headache is real, and when she goes home her father is also unsympathetic. She commits suicide.

At the public inquest, he has to reveal his affair. Worse still, it is proven that his one diagnosis of a pituitary problem was wrong. If she had only been x-rayed it would have revealed an operable tumour. Stone has therefore effectively killed her. He is denounced as a quack.

His wife stands by him. Moreover, he is informed he can return to complete his studies and formally qualify, as this too would have avoided the tragedy.

On a boating trip near their home in Whitby, his wife becomes sick, and loses the power of her legs again. He wants to now wait until he is qualified or get in a professional. But she has faith in him and wants him to cure her.

The film ends with them walking hand-in-hand to Whitby Abbey with Jeannie clearly cured.

It was made by British National Films at Elstree Studios with some scenes shot on location in Whitby in Yorkshire. The film's sets were designed by the art director Wilfred Arnold. [3]

The Green Mile is a 1996 serial novel by American writer Stephen King. It tells the story of death row supervisor Paul Edgecombe's encounter with John Coffey, an unusual inmate who displays inexplicable healing and empathetic abilities. The serial novel was originally released in six volumes before being republished as a single-volume work. The book is an example of magical realism. 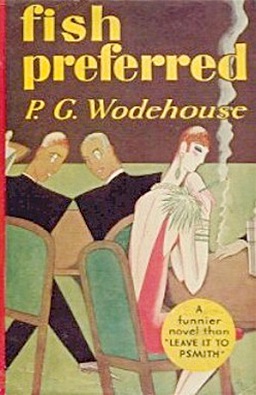 Summer Lightning is a novel by P. G. Wodehouse, first published in the United States on 1 July 1929 by Doubleday, Doran, New York, under the title Fish Preferred, and in the United Kingdom on 19 July 1929 by Herbert Jenkins, London. It was serialised in The Pall Mall Magazine (UK) between March and August 1929 and in Collier's (US) from 6 April to 22 June 1929. 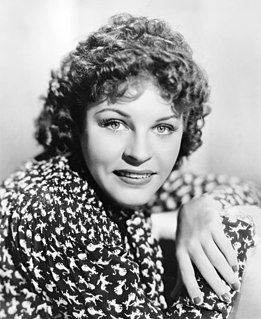 Star Sapphire is the name of several fictional characters in DC Comics; many of them are villainous, and all connected in origin. Within DC continuity, an immortal race of warrior women were depicted as having the ancient tradition of choosing physically identical mortals from across the cosmos to serve as the host body for their queen. The woman chosen to serve this queen is called Star Sapphire. She is given the queen's symbolic weapon: a crystal resembling an actual star sapphire that grants the user powers similar to the power ring of Green Lanterns. 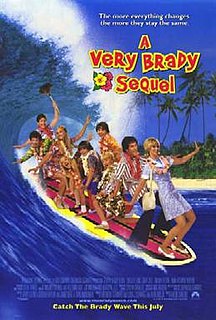 A Very Brady Sequel is a 1996 American comedy film directed by Arlene Sanford, with a screenplay by Harry Elfont, Deborah Kaplan, James Berg and Stan Zimmerman, and starring Shelley Long, Gary Cole and Tim Matheson. It also features cameos from RuPaul, Zsa Zsa Gabor, Rosie O'Donnell, Barbara Eden, David Spade, and Richard Belzer. Sequel to The Brady Bunch Movie (1995), it followed its predecessor by placing the 1970s Brady Bunch family in a contemporary 1990s setting, where much of the humor is derived from the resulting culture clash and the utter lack of awareness they show toward their relatively unusual lifestyle. 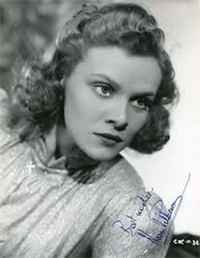 Carol Raye was a British-born Australian actress of film, television, radio, theatre and revue, comedian, singer, dancer, and radio and television producer and director, as well as a TV network assistant and media personality. Raye was one of the first female executives in Australia, at a time when the industry was dominated by male counterparts.

Emmaline Henry was an American actress best known for playing Amanda Bellows, the wife of Dr. Alfred Bellows, on the hit 1960s situation comedy I Dream of Jeannie. 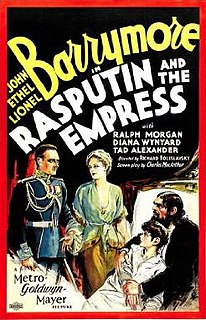 Rasputin and the Empress is a 1932 American pre-Code film directed by Richard Boleslawski and written by Charles MacArthur. Produced by Metro-Goldwyn-Mayer (MGM), the film is set in Imperial Russia and stars the Barrymore siblings. It is the only film in which all three siblings appear together.

Seduced Milkmen is a sketch written and performed by Monty Python, portraying female sexuality as a trap. The sketch is wordless and just one minute long, but was well received.

Áed mac Bricc was an Irish bishop and saint.

Strawberry Roan is a 1945 British drama film directed by Maurice Elvey and starring William Hartnell and Carol Raye. The screenplay was developed from the then-popular 1932 novel of the same name by Wiltshire author A. G. Street. 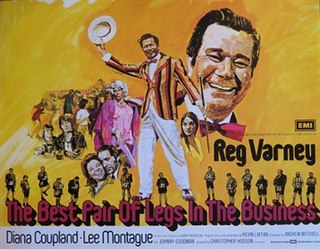 The Best Pair of Legs in the Business is a 1973 British comedy-drama film directed by Christopher Hodson starring Reg Varney, Diana Coupland and Lee Montague. A comic/female impersonator at a holiday camp is concerned about the future. However he manages to secure both a job and a wife. 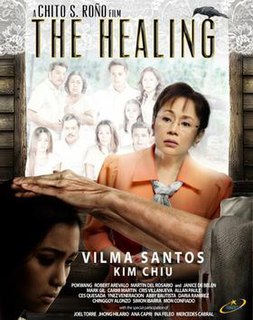 The Healing is a 2012 Filipino supernatural horror directed by Chito S. Roño, starring Vilma Santos and Kim Chiu. The film was released nationwide on July 25, 2012. The film is also part of the celebration of Santos' 50 years in show business.

Sukunabikona or Sukuna bikona is the Shinto kami of the onsen, agriculture, healing, magic, brewing sake and knowledge. His name means "the small lord of renown." He is often described as being a dwarf and is frequently paired with Ōkuninushi.

Healin' Good Pretty Cure is a Japanese magical girl anime television series produced by Toei Animation. It is the seventeenth installment of the Pretty Cure franchise and the first exclusive series in the Reiwa period. It premiered on ANN on February 2, 2020, succeeding Star Twinkle PreCure in its initial time slot. It is the second series in the franchise to focus on nature as its main topic after Futari wa Pretty Cure Splash Star, with elements and medicine used for the Cures' main motifs. It was succeeded by Tropical-Rouge! Pretty Cure on February 28, 2021.