The first Greens party was registered in 1984, but the Greens NSW did not take its current form until 1991, when six local groups in New South Wales federated as a state political party. Greens candidates have run in every federal election since 1984, when a single candidate ran in the federal Division of Sydney.

The party first came close to electing a candidate in 1991, when Ian Cohen was the last candidate to be excluded in a contest against Christian Democratic Party leader Fred Nile. In the subsequent 1995 election, Cohen was elected to the NSW Legislative Council and became the first Greens parliamentary representative in NSW. In 1999 he was joined by Lee Rhiannon and in 2003 he was re-elected and joined by Sylvia Hale.

At the 2011 NSW state election the Greens further increased their vote, resulting in the election of Jamie Parker as the first Greens member of the Legislative Assembly, representing Balmain. David Shoebridge was re-elected and joined by Jan Barham and Jeremy Buckingham in the Legislative Council.

In 2013 Cate Faehrmann resigned from the Legislative Council to contest a Senate seat. The resulting casual vacancy was filled by Mehreen Faruqi of the South Sydney Greens.

At the 2015 State election current sitting members Jamie Parker, John Kaye and Mehreen Faruqi were re-elected. Two new members were elected to the Legislative Assembly: Jenny Leong in the new seat of Newtown and Tamara Smith in the previously safe National seat of Ballina. The Greens primary vote in Newtown of 45.6% is the party's highest ever primary vote in a lower house electorate. This resulted in five Legislative Council seats and three Legislative Assembly seats.

In October 2016, Jan Barham resigned and the casual vacancy was filled a few months later by former federal candidate for Richmond, Dawn Walker.

In December 2018, Jeremy Buckingham resigned from the Greens NSW. [3]

Buckingham Described the party as "toxic", Buckingham said the Greens had "abandoned the core principles they were founded on" and were more focused on "bringing down capitalism" and "divisive identity politics" than acting on climate change. [4]

At the 2019 state election there were two upper house Greens seats up for contest as was Buckingham's. David Shoebridge was re-elected, Abigail Boyd (former federal candidate for Dobell) won one but Dawn Walker lost hers. Each of the three lower house seats were returned with a favourable swing.

The Greens elected their first ever New South Wales Senator, Kerry Nettle, at the 2001 election, only the second Australian Greens senator elected ever, joining Senator Bob Brown of Tasmania, who was elected to a second term at that election.

In 2002, Michael Organ was elected to the House of Representatives for the Wollongong seat of Cunningham at a by-election. Organ was the first Greens member to be elected to a single-member electorate in Australia.

At the 2004 Federal Election, the Greens ran John Kaye as their lead Senate candidate but was unsuccessful due to unfavourable preference flows and in 2007 Nettle lost her seat despite increasing her vote from 2001. In 2010 the Greens elected Lee Rhiannon to the Senate. No Greens candidates were successful in the 2013 election.

In 1997 The Greens NSW formed part of a joint ticket called Greens, Bill of Rights, Indigenous Peoples for the 1998 Constitutional Convention held in Canberra in February 1998. Catherine Moore led the ticket and was elected for NSW. She joined Christine Milne from Tasmania to focus on ensuring that the overall process was more inclusive. [5]

The party endorses candidates to stand for election in many of the 128 local government areas across NSW, including in rural and regional areas where the major parties usually do not run candidates on party tickets. The Greens NSW currently have 58 councillors on 32 local councils around NSW. [6]

The Greens have five sitting mayors in Byron, Shoalhaven, Randwick, Bellingen and Tweed.

The Greens NSW retain the same basic structure which was created in 1991, with the formation of the statewide party.

The Greens NSW make decisions affecting the state party through the State Delegates Council (SDC), a meeting that consists of a delegate from each local group. The SDC is the highest decision-making body, and controls election campaigns for statewide candidatures (such as the Senate and Legislative Council). It also decides on admitting new local groups as members of the Greens NSW.

The party is made up of 'local groups', who cover a specific geographical area. Local groups have complete responsibility for elections held in their area, particularly elections for the House of Representatives, the New South Wales Legislative Assembly or Local Government. There are currently 56 affiliated local groups in NSW. [7]

A variety of working groups have been established by the SDC, which are directly accessible to all Greens members. Working groups perform an advisory function by developing policy, conducting issues-based campaigns, or performing other tasks assigned by the SDC. These include:

There is only one publicly acknowledged faction within Greens New South Wales which is the Left Renewal faction. It was formed in late 2016 and presents itself as the far-left, anti-capitalist wing of state's party. [8] [9]

The Australian Greens, commonly known as The Greens, is a federation of Green state political parties in Australia. As of the 2019 federal election, the Greens are currently the third largest political party in Australia by vote. The leader of the party is Adam Bandt, and the party's co-deputy leaders are Larissa Waters and Nick McKim.

John Kaye was an Australian politician. He was elected to the New South Wales Legislative Council at the 2007 state election and represented the Greens. He was a vocal critic of electricity industry privatisation and a strong advocate for renewable energy and energy efficiency. He believed in life-long, high quality, and free public education and was a determined spokesperson for public schools as well as Colleges of Technical and Further Education (TAFE).

Members of the New South Wales Legislative Council who served in the 54th Parliament were elected at the 2003 and 2007 elections. As members serve eight-year terms, half of the Council was elected in 2003 and did not face re-election in 2007, and the members elected in 2007 did not face re-election until 2011. The President was Peter Primrose until 17 November 2009 and then Amanda Fazio.</ref>

Cate Faehrmann is an Australian politician and environmental activist. Faehrmann was a Greens member of the New South Wales Legislative Council from 2011 to 2013. She resigned from the Legislative Council in June 2013 to stand for the Senate at the federal election of the same year and was unsuccessful in obtaining a seat. She worked in the office of the Leader of the Australian Greens, Richard Di Natale, as his chief of staff from May 2015 - March 2018. In August 2018 she was re-elected to the Legislative Council to fill the casual vacancy caused by the resignation of Mehreen Faruqi, who had replaced Lee Rhiannon in the Australian Senate. 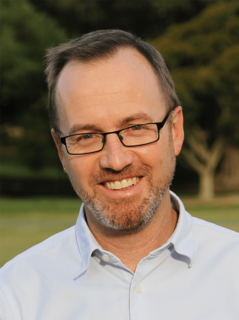 David Martin Shoebridge is an Australian politician, environmental and social justice activist and former barrister. He has been a Greens member of the New South Wales Legislative Council since September 2010.

The following is a Mackerras Pendulum for theNew South Wales state election 2007.

Janette Louise Barham is an Australian politician who was a member of the New South Wales Legislative Council between 2011 and 2017. 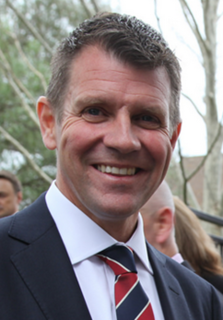 This article provides information on candidates for the 2013 Australian federal election held on 7 September 2013. There were 1,717 candidates in total. 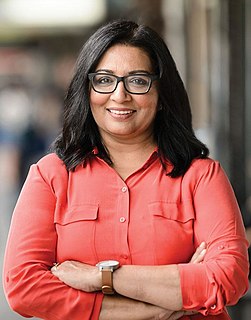 Mehreen Saeed Faruqi is an Australian politician who has been a Senator for New South Wales since 15 August 2018, representing the Greens. She was chosen to fill a casual vacancy caused by the resignation of Lee Rhiannon. She had previously served in the New South Wales Legislative Council between June 2013 and August 2018.

This article provides details on candidates for the 2015 New South Wales state election, held on 28 March 2015.

Members of the New South Wales Legislative Council who served in the 56th Parliament were elected at the 2011 and 2015 elections. As members serve eight-year terms, half of the Council was elected in 2011 and did not face re-election in 2015, and the members elected in 2015 will not face re-election until 2023. The President was Don Harwin until 30 January 2017 and then John Ajaka.</ref>

Left Renewal is a political faction that exists within the Australian Greens, primarily the NSW Greens branch, which was established publicly in late 2016. Described by elements of the media as hard left, it regularly promotes ideologies and beliefs such as: anti-capitalism, anti-imperialism, feminism, and anti-racist arguments through its online spaces and community events.

Dawn Elizabeth Walker is a former Australian politician. She was appointed as a Greens member of the New South Wales Legislative Council on 22 February 2017 to fill a casual vacancy resulting from the resignation of Jan Barham, and served until her defeat at the 2019 state election.