The group began their training in 2006 when the Andina Television, or ATV (Channel 9), went on to manage the Global TV network, (now America Next) he was taken to the Peruvian broadcaster Genaro Delgado Parker in the same year for debt. Later in 2009, the remembered music channel Uranio TV (Channel 15) was converted into a new channel called La Tele aimed at women with soap operas And films only weekends.

At the end of 2011, he bought the Arequipa channel Perú TV and relaunched it as ATV Sur. At the same time in Lima was decided to launch a new news channel is ATV+ noticias and also currently airing in a musical test signal in 39 UHF channel of Lima. According to a press release published on the website tuteve.tv, it screened flipping by 2013 a new channel with programming aimed at young audiences. However, the project was shelved and the animated series and youth became his daily schedule another channel Global Television.

On March 24, 2012, the first ATV Cup was held in a sports field Surquillo where workers attended and public figures. In April, the group signed an agreement with the mayor of Huari to transmit the channel ATV in this town via the signal 23 of Radio Television Huari.

In May 2012, the group claimed through judicial action of ATV Sur against RBC TV obtain the frequency 11 Lima. Coincidentally on Channel 39 UHF began to see the id of Uranio TV in 2006 he did materialize assume that judicial action was going to see the musical signal on channel 11. However, a few days later after the Ministry of Transport and Communications of Peru RBC ratified on channel 11 of Lima, the ATV group withdrew missing wedge channel Uranio TV, leaving the channel UHF 39 until 2014 without any identification and contradicting the statement by officials of ATV Sur, Group ATV denied any interest in the channel 11. [2]

Besides its two main channels were the first in the national ranking more attuned, for the triumph of Kina Malpartida in boxing and the final of the Champions League football in 19 mayo.

He also broadcast live matches Euro 2012, in its 3 channels simultaneously in ATV, ATV+ noticias and Global TV, from June. [3]

The 1 to November 10, three of the four channels that make up this cluster Peru had the rights to broadcast the Bolivarian Beach Games 2012, which took place in the country.

In mid-October 2014 decided to take off the air the music channel continued in 39 UHF to Lima and replaced by version 39.1 HD, ATV Norte News Channel ATV+ noticias HD in subchannel 8.1, while the 8.2 began to see the classical music channel arpeggio Argentina. They launched the new channel ATV Norte, in the city of Trujillo.

In addition to re-launch the Global TV as Red TV from April 2015 and will be venturing into the world of broadcasting, that's what possibly buy the CRP Medios y Entretenimiento to acquire and manage its radio stations. Grupo ATV has plans for 2020 and beyond which will include a rebranding of the América Next channel to Global Televisión as well as the return of the Olympic Games to Peruvian television, starting with Tokyo 2020.

CFTU-DT, virtual and UHF digital channel 29, branded on-air as Canal Savoir, is a French-language educational independent television station licensed to Montreal, Quebec, Canada. The station is owned by CANAL, a private consortium consisting primarily of Quebec-based post-secondary institutions. CFTU's studios are located on Rue Sainte-Catherine East and Rue Pathenais in Downtown Montreal, and its transmitter is located at Pavillon Roger-Gaudry on the campus of Université de Montréal. 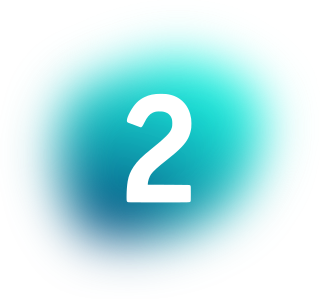 WTVO, virtual channel 17, is a dual ABC/MyNetworkTV-affiliated television station licensed to Rockford, Illinois, United States. Owned by Mission Broadcasting, it is operated under joint sales and shared services agreements (JSA/SSA) by Nexstar Media Group, making it sister to Fox affiliate WQRF-TV. The two stations share studios on North Meridian Road in Rockford, where WTVO's transmitter is also located. On cable, the station is available on Comcast Xfinity channel 4 and in high definition on digital channel 908.

ATV, is a Peruvian television network founded in 1959 and relaunched in 1983. The network is the flagship property of Grupo ATV one of Peru's largest media and broadcasting companies.

WLTV-DT, virtual and UHF digital channel 23, is a Univision owned-and-operated television station licensed to Miami, Florida, United States and also serving Fort Lauderdale. It is one of two East Coast flagship stations of the Spanish-language network. WLTV-DT is owned by the Univision Local Media subsidiary of Univision Communications, as part of a duopoly with Hollywood, Florida-licensed UniMás co-flagship WAMI-DT. The two stations share studios known as "NewsPort" on Northwest 30th Terrace in Doral; WLTV-DT's transmitter is located in Miami Gardens. The station also serves as the de facto Univision outlet for the West Palm Beach market.

Canal Maximo Televisión (CMT) was a Venezuelan free-to-air television network that was seen on UHF channel 51 in the metropolitan area of Caracas, Barquisimeto, and the Miranda State, channel 43 in Calabozo, Puerto Ordaz, and the Zulia State, and channel 21 in San Cristóbal.

Radio Programas del Perú (RPP) is a radio and television broadcasting company in Peru within the Grupo RPP formed in Lima in 1963 by Manuel Delgado Parker and Emilio Checa. RPP has the largest radio coverage in Peru, covering 97 percent of the country. KCSO-LD, virtual channel 33, is a low-powered Telemundo owned-and-operated television station licensed to Sacramento, California, United States. The station is owned by the Telemundo Station Group subsidiary of NBCUniversal. KCSO-LD's studios are located on Media Place in the Woodlake neighborhood of Sacramento, and its transmitter is located in Walnut Grove.

WSBS-TV, virtual channel 22, is a Mega TV owned-and-operated television station licensed to Key West, Florida, United States. It serves as the flagship station of owner Spanish Broadcasting System. WSBS-TV's studios are located on Northwest 77th Avenue in Miami, and its transmitter is located on Bahama and Simonton Streets in Key West.

The Grupo RPP is a Peruvian media conglomerate that owns several chains of radio stations, television channels and other businesses that are run by businessman Manuel Delgado Parker.

Eutelsat 5 West A, formerly Atlantic Bird 3 is a communications satellite belonging to the operator Eutelsat. Situated at 5° West, it broadcasts satellite television, radio and other digital data. Developed for France Telecom it was transferred soon after its launch to the operator Eutelsat. It entered operational service in early September 2002. Its current anticipated working life is 15 years.

Global Television is a television network that transmits to all of Peru. It was founded in 1986 and is one of the six networks with national coverage.