Guilin Medical University (GLMU), formerly known as Guilin Senior Nurse Midwifery School, was founded in 1935. It was transformed and renamed as Guilin Medical School in 1958. Approved by the former State Board of Education in 1987, the school was upgraded to a college for medical undergraduates. In 1993, the college was granted to train foreign students and in 2006, it was authorized to conduct graduate programs. GLMU was recognized as an “Excellent University” by the Ministry of Education of China in 2012.

1. Importance of a moral education foundation and the essence of modern education in medical colleges;

3. Generations of Guangxi Medical students who study hard in pursuit of truth and strive to reach the peak of medical science and technology;

4. Duty to heal the sick, relieve pain and unknown illnesses, and the noble spirit of selfless dedication.

Le Qun campus, the oldest of the three, is situated in downtown Guilin across one of the best hospitals in Guangxi Province, the Affiliated Hospital of Guilin Medical University where the medical students have their training and practice. This campus is also beside the famous Li River (Guangxi) and the Jingjiang Princes' City.

The university's main campus, Dong Cheng, is in the east bank of the Li River near the Shangri-La Hotels and Resorts and Guilin University of Technology. It is where the offices such as the International Education Department and the Foreign Languages Department are found. The foreign medical students take their respective classes in this campus.

The biggest campus lies in the beautiful Lingui District. Lingui campus has an area wide enough to cater to the students enrolled in the university. Surrounded with a lake, tall trees and colorful flowers, it provides an eco-friendly environment to teachers, students and visitors alike.

Guilin Medical University gives priority to clinical medicine and integrates pharmacy, biotechnology, medical assay, and nursing. It is a multi-major university developed harmoniously with a strong comprehensive power and a definite influence in and out of Guangxi Zhuang Autonomous Region. GLMU takes an active part in the international exchanges and cooperation, and is one of the earliest institutions of higher learning accredited by the former State Education Committee.

Chengde Medical College is a university in Hebei, China under the provincial government. 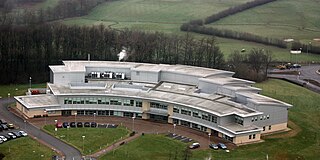 Guangxi Normal University is a provincial research university located in Guilin, Guangxi, China with historical strengths in teacher education, basic arts and sciences, and international exchange programs. Established in 1932 as one of the earliest normal schools in China, GXNU has evolved into a comprehensive university granting undergraduate, graduate, and doctoral degrees across 21 colleges and departments with 75 undergraduate majors.

Nantong University College of Medicine is located at the end of the Yangtze River, Nantong City, China, 100 km north of Shanghai.

Guangxi Medical University is located in Nanning, Guangxi, China and is one of the oldest higher education medical institutions in China. In 2010, the university was voted one of the top 20 universities in China for medicine study. Clinical medicine field by the university is categorized as world's top 1%, according to Thomson Reuters Web of Science Essential Science Indicators.

Weifang Medical University is a medical university based in Weifang, Shandong province, China.

Qiqihar Medical University is an institution for higher education, founded in 1946 and located in Qiqihar city of Heilongjiang province in northeast China.

Wannan Medical College, sometimes called Wannan Medical Academy, is a national medical college in Wuhu, Anhui Province, of the People's Republic of China. The school is directly supervised under the jurisdiction of Education Bureau of Anhui Province.

The Hubei University of Medicine is a public university in Shiyan City, Hubei Province, China. Founded in 1965, it was originally known as Wuhan Medical College Yunyang School. The college was established in Yun County, a remote mountain area in the northwest of Hubei Province, and moved to its current location a year later.