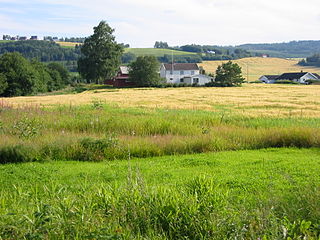 Sportsklubben Freidig is a Norwegian sports club from Trondheim.

Ole Gunnar Solskjær KSO is a Norwegian professional football manager and former player. He is currently the manager of English club Manchester United. As a player, he played as a forward and spent most of his career with Manchester United. Solskjær also supervises a training academy for young footballers in his home town of Kristiansund, and is a patron of the Manchester United Supporters' Trust.

Norman Julius "Boomer" Esiason is an American retired football quarterback and former network color commentator. During his 14-year career in the National Football League (NFL), he played for the Cincinnati Bengals, New York Jets, and Arizona Cardinals. Since retiring from playing, he has worked as a football analyst for ABC, HBO and Westwood One, and currently for CBS Sports on The NFL Today and Showtime's Inside the NFL. He also hosts the morning sports radio program Boomer and Gio on WFAN in New York. 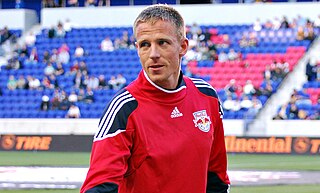 Larvik Turn & Idrettsforening is a Norwegian sports club that does football, handball, athletics, wrestling, and gymnastics.

Gunnar Thoresen was one of the greatest Norwegian footballers in the 1940s and 1950s. He played 64 matches and scored 22 goals for the Norway national football team and took part in the 1952 Summer Olympics. His last appearance for Norway came on 28 June 1959, less than a month before his 39th birthday, making him the oldest-ever Norwegian player to play for his national team.

Daniel Berg Hestad is a Norwegian football manager and a former player, who played as a central midfielder, most notably for Molde. He is currently the manager of Molde 2 and the Under-19 squad of Molde. With 666 official appearances, he is the player with most official matches for Molde. He currently holds the record for most matches in Eliteserien with 473. He is three time Norwegian league champion, and four times Norwegian Cup champion. He retired from football after playing the Europa League round of 32 game against Sevilla which Molde won 1–0, the 25th of February 2016, in his 900th match for Molde. He holds the club record for most offficial matches for Mo

Gunnar Gundersen is a Norwegian politician for the Conservative Party. 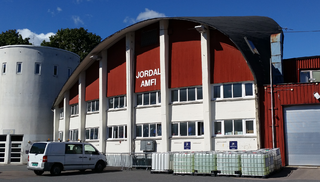 Gunnar Stensland was a Norwegian association football midfielder and coach.

Mats Møller Dæhli is a Norwegian professional footballer who plays as a midfielder for FC St. Pauli.

Bjørn Spydevold was a Norwegian football player. He was born in Sarpsborg, and played for the sports club Fredrikstad FK. He played for the Norwegian national team at the 1952 Summer Olympics in Helsinki. He was capped 37 times for Norway between 1946 and 1953, scoring one goal.

Tom Villiam Blohm was a Norwegian football player. He was born in Kristiania, and played for the sports club SFK Lyn. He played for the Norwegian national team at the 1952 Summer Olympics in Helsinki. He was capped 20 times for Norway between 1939 and 1952.

Henry Johannessen was a Norwegian football player. He was born in Fredrikstad, and played for the sports club Fredrikstad FK. He played for the Norwegian national team at the 1952 Summer Olympics in Helsinki. He scored seven goals in 14 matches for Norway between 1946 and 1955.

Jordal Idrettspark is a multi-sports complex located at Jordal in Oslo, Norway. Owned by Oslo Municipality, its main tenant is Vålerengens IF. The main components are two ice hockey rinks, Jordal Amfi and Ungdomshallen, and a football stadium, Jordal Stadion.

Aurskog-Finstadbru Sportsklubb is a Norwegian sports club from Aurskog-Høland, Akershus. It has sections for association football, team handball, cycling, swimming and Nordic skiing.