Gunnar Knudsen (19 September 1848 –1 December 1928),born Aanon Gunerius Knudsen,was a Norwegian politician from the Liberal Party who had two terms as the 11th Prime Minister of Norway from 1908 to 1910 and from 1913 to 1920. He also inherited a shipping company,and founded the shipping company Borgestad ASA. [1] [2]

Knudsen was born in 1848 at the medium-sized farm Saltrød at Stokken (now Arendal) in Aust-Agder. Norway. His father Christen Knudsen (1813–1888) was a sea captain and ship-owner,whose ancestors had lived at the farm for several generations. His mother Guro Aadnesdatter (1808–1900) had grown up at one of the smaller farms in Saltrød which her father which hailed from Vegusdal had bought. A brother of Gunnar died in 1855,his two living siblings were Jørgen Christian Knudsen (born 1843) and Ellen Serine (born 1846) who married Johan Jeremiassen. [3]

Christen Knudsen established a shipyard in Arendal in 1851,but in 1855 he and the family moved to Frednes in Porsgrunn. [4] Gunnar Knudsen started studying at Chalmers University of Technology in Gothenburg,Sweden in 1865 where he got a degree as engineer in 1867. [5]

Returning to Norway,he started working at Aker's Mechanical Workshop and then went to England where he studied ship building technics at Piles Shipyard in Sunderland. The first ship he designed for the family's shipyard was Gambetta,named after the French politician Léon Gambetta. It was launched in 1871. The stay in England convinced Knudsen that the days of sail ships would soon be over and that the family business needed to start building steam ships in the future. [6]

Gunnar and his brother Jørgen Christian took over the shipyard from their father in 1872. In the following years they would also take over ships their father owned and the brothers formed a shipyard and shipping company together:J.C. og G. Knudsen. [7] In the period until 1879,Knudsen designed five ships for the company. He named the fifth Crossroad;it was the last sail ship he designed. In 1904,he merged his interests in three steam ship companies into Borgestad Shipping AS. [8]

In 1886,he became the mayor of Gjerpen and in 1891 elected governor of Telemark. In 1891 Knudsen was elected to the Storting,becoming parliamentary leader in 1908 and party leader from 1909 to 1927. He was elected Prime Minister in 1908 and 1913. In social policy,Knudsen's time as prime minister saw the passage of the Sickness insurance Law of September 1909,which provided compulsory coverage for employees and workers below a certain income limit,representing approximately 45% of all wage earners. [9] That same year,the state approved free midwife services for unmarried mothers. In 1915,free midwife services were extended to the wives of men included under the national health insurance scheme. [10] [11]

Gunnar Knudsen married Anna Sofie Cappelen (1854–1915) in 1880,and together they had five children,born between 1882 and 1893;Erik,Christen,Gudrun,Margit and Rolf. [12] Margit,married Schiøtt,was elected to the national parliament in 1945. Christen Knudsen had a son Knut Andreas Knudsen who became a politician as well. 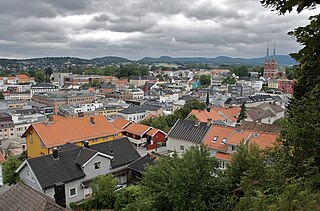 Skien is a city and municipality in Vestfold og Telemark county in Norway. In modern times it is regarded as part of the traditional region of Grenland,although historically it belonged to Grenmar/Skiensfjorden,while Grenland referred the Norsjøarea and Bø. The administrative centre of the municipality is the city of Skien. Skien is also the capital of Vestfold og Telemark county. 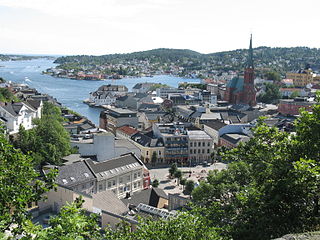 Arendal is a municipality in Agder county in southeastern Norway. Arendal belongs to the region of Sørlandet. The administrative centre of the municipality is the city of Arendal. Some of the notable villages in Arendal include Rykene,Eydehavn,Færvik,Strengereid,Kongshavn,Kilsund,Brattekleiv,Torsbudalen,Longum,Saltrød,Staubø,Vrengen,and Kolbjørnsvik. The offices of UNEP/GRID-Arendal are also located in the city of Arendal.

Borgestad ASA is a Norwegian shipping,industry and real estate company. The corporation has two primary divisions:Borgestad Properties and Borgestad Industries.

Margit Schiøtt,née Knudsen was a Norwegian politician for the Liberal Party. She was born in Gjerpen,a daughter of the Norwegian Prime Minister Gunnar Knudsen. Her husband was dr. ing. Didrik Cappelen Schiøtt (1887–1958) and they lived at Gulset in Skien,Norway,where they also owned a little farm. They had no children.

Knut Andreas Knudsen was a Norwegian shipowner and a politician for the Liberal Party. Born in Gjerpen,he was a son of shipowner Christen Knudsen (1884–1986) and a grandson of Gunnar Knudsen.

Christian Cornelius Paus was a Norwegian lawyer,civil servant and politician. He was Governor of Bratsberg and a Member of the Norwegian Parliament. 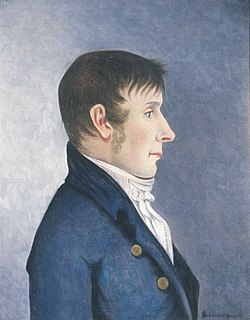 Jørgen Aall was a Norwegian ship-owner and politician.

Christen Knudsen was a Norwegian ship-owner.

Nicolai Benjamin Cappelen (1795–1866) was a Norwegian jurist and politician.

Cappelen is a German-origined Norwegian family. Johan von Cappelen immigrated to Norway in 1653,and became bailiff in Lier. A number of his descendants were businessmen,land owners,civil servants and politicians. The family is especially known for the former publishing company J.W. Cappelens Forlag. Variants of the name Cappelen are also used throughout Germany by many other families.

Haldor Larsen Børve was an architect from Ullensvang in Hordaland,Norway. Børve started an architectural practice in Porsgrunn in 1889 and designed numerous buildings in Telemark and Vestfold,many of them influenced by Dragestil and the Nordic National Romantic style. Among his best-known works are Dalen Hotel from 1894 and Porsgrunn City Hall from 1904/1905. 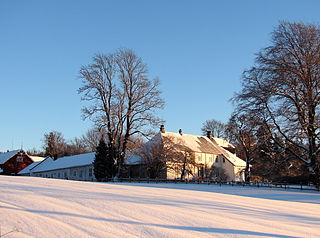 Borgestad Manor is an estate and manor house in the municipality of Skien in Vestfold og Telemark,Norway. 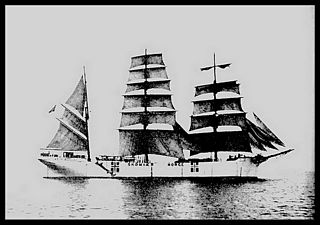 Skomvær was the name of a steel-hulled barque built in 1890 for J. C. &G. Knudsen in Porsgrunn,Telemark,Norway. The ship,which was designed by naval architect Randulf Hansen and constructed at Laxevaags Maskin- og Jernskibsbyggeri in Bergen,was the first sailing ship constructed with steel in Norway and for a time the largest Norwegian sailing vessel ever built. However,the ship struggled to compete in the 20th century with the advent of the steamship,and in 1924 she was decommissioned and sold for scrap.

Christen Knudsen was a Norwegian ship-owner and politician for the Conservative Party and later Nasjonal Samling. 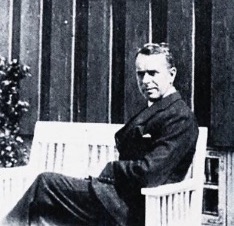 Christopher "Kiff" Lintrup Paus was a British diplomat,who served at the British Embassy in Oslo for several decades,as commercial counsellor and as the British consul in Oslo and head of the British consular service in Norway. He wrote several published reports on industrial and economic affairs in Norway.