Gustav Maria Leonhardt (30 May 1928 – 16 January 2012) [1] was a Dutch keyboardist, conductor, musicologist, teacher and editor. He was a leading figure in the historically informed performance movement to perform music on period instruments.

Leonhardt professionally played many instruments, including the harpsichord, pipe organ, claviorganum (a combination of harpsichord and organ), clavichord, fortepiano and piano. He also conducted orchestras and choruses.

Gustav Leonhardt was born in 's-Graveland, near Hilversum, and studied organ and harpsichord from 1947 to 1950 with Eduard Müller at the Schola Cantorum Basiliensis in Basel. In 1950, he made his debut as a harpsichordist in Vienna, where he studied musicology. He was professor of harpsichord at the Academy of Music from 1952 to 1955 and at the Amsterdam Conservatory from 1954. He was also a church organist.

Central to Leonhardt's career was Johann Sebastian Bach. Leonhardt first recorded music of the composer in the early 1950s, with recordings in 1953 of the Goldberg Variations and The Art of Fugue . The latter embodies the thesis he had published the previous year arguing that the work was intended for the keyboard, a conclusion now widely accepted. The recordings helped establish his reputation as a distinguished harpsichordist and Bach interpreter. In 1954 he led the Leonhardt Baroque Ensemble with the English countertenor Alfred Deller in a pioneering recording of two Bach cantatas. The Ensemble included his wife Marie Leonhardt  [ de ], Eduard Melkus (violins), Alice Harnoncourt-Hoffelner (violin, viola), Nikolaus Harnoncourt (cello) and Michel Piguet (oboe).

In 1971, Leonhardt and Harnoncourt undertook the project of recording the complete Bach cantatas; the two conductors divided up the cantatas and recorded their assigned cantatas with their own ensembles. The project, the first cycle on period instruments, ended up taking nineteen years, from 1971 to 1990. In addition, Leonhardt recorded Bach's St Matthew Passion , Mass in B minor, Magnificat, and the complete secular cantatas, as well as the harpsichord concertos, Brandenburg Concertos, and most of his chamber and keyboard music; he recorded Bach's Goldberg Variations (three times), Partitas (twice), The Art of Fugue (twice), The Well-Tempered Clavier , French Suites, English Suites (twice), Inventions and Sinfonias, and many other individual works for the harpsichord, clavichord, or organ. To the surprise of some of his associates, [2] Leonhardt accepted the role of Johann Sebastian Bach (played in a wig) in The Chronicle of Anna Magdalena Bach , a 1968 film by Jean-Marie Straub and Danièle Huillet.

Between 1974 and 1990, Leonhardt served as editor of the primary scholarly collection of the works of Jan Pieterszoon Sweelinck, which is noted as SwWV or L.

Butt argues that Leonhardt's influence is not necessarily a simple, direct matter, but that some of his students consciously or unconsciously tried to play differently than he did. In comparing recordings of Bach's Goldberg Variations, Butt asserts that a "classic case" of the anxiety of influence is at work in the Goldberg recording by Ton Koopman, in which "what is immediately evident is the incessant ornamentation added to virtually every measure, often regardless of whether there is already obvious ornamentation in the notation.... my immediate reaction is often that this performance's principal message is 'Not Leonhardt'." [7] Similarly, he says that "Bob van Asperen takes [Leonhardt's] rhythmic subtlety to a new extreme and perhaps presents the most rhythmically nuanced account of the work [The Goldberg Variations], one that will be ideal to some and mannered to others." [7] By contrast, Butt argues, the younger Christophe Rousset plays the Goldberg Variations in a "meat-and-potatoes" manner with "a steady rhythm, even articulation, and a matter-of-fact presentation with little extra ornamentation," demonstrating that "certainly Rousset does not seem to count among the 'radical reactivists' [to Leonhardt] such as Koopman and van Asperen." [7]

Leonhardt served as a member of the jury for the triennial International Harpsichord Concours of the Musica Antiqua Bruges. He was the only jury member who had participated in all sixteen juries from 1965 to 2010.

Among the awards given to him were the Medal of Honour for the Arts and Sciences from the Netherlands, presented to him by Queen Beatrix in 2009, and the 1980 Erasmus Prize, which he shared with Nicolaus Harnoncourt; it honored their recording of the complete Bach cantatas. (Leonhardt donated the money he received from the Erasmus Prize to Oudezijds 100, [8] an ecumenical Christian charity operating "in the red-light district [of] Amsterdam" that "addresses the issues of drug-addicts, prostitutes, refugees, and the homeless."). [9] Leonhardt was doctor honoris causa of the universities of Dallas, Amsterdam, Harvard, Metz and Padua. In 2007 he was made Commander of the Ordre des Arts et des Lettres in France and in 2008 Commander of the Order of the Crown in Belgium.

Leonhardt gave his last public performance on 12 December 2011 at the Théâtre des Bouffes du Nord in Paris. Thereafter he announced his retirement due to illness and cancelled all of his 2012 engagements. [10] He died of cancer in Amsterdam on Monday, 16 January 2012, aged 83.

Two asteroids were named after him: 9903 Leonhardt and 12637 Gustavleonhardt.

Leonhardt lived in a canal house on the Herengracht dating from about 1617, the Huis Bartolotti, and was a collector of decorative arts, paintings, and engravings. In 2014, his collection was auctioned by Sotheby's. [11] His instruments were sold to a few former students, including Skip Sempé and Pierre Hantaï. 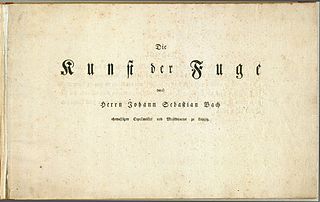 The Art of Fugue, or The Art of the Fugue, BWV 1080, is an incomplete musical work of unspecified instrumentation by Johann Sebastian Bach. Written in the last decade of his life, The Art of Fugue is the culmination of Bach's experimentation with monothematic instrumental works.

Ketil Are Haugsand is a Norwegian harpsichordist and conductor.

Antonius Gerhardus Michael Koopman, known professionally as Ton Koopman, is a Dutch conductor, organist, harpsichordist, and musicologist, primarily known for being the founder and director of the Amsterdam Baroque Orchestra & Choir. 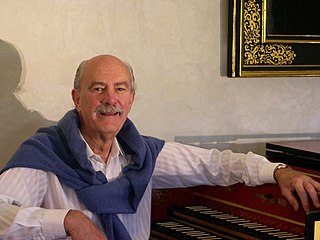 Alan Curtis was an American harpsichordist, musicologist, and conductor of baroque opera.

The Chronicle of Anna Magdalena Bach is a 1968 film by the French filmmaking duo of Jean-Marie Straub and Danièle Huillet. It was their first full-length feature film, and reportedly took a decade to finance. The film stars renowned harpsichordist Gustav Leonhardt as Johann Sebastian Bach and Christiane Lang as Anna Magdalena Bach. The orchestral music was performed by Concentus Musicus and conducted by Nikolaus Harnoncourt. It is the first of several Straub-Huillet films to be based on works of classical music. The film was entered into the 18th Berlin International Film Festival.

Pierre Hantaï is a French harpsichordist and conductor. 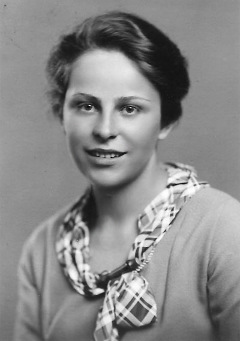 Isolde Ahlgrimm was an Austrian harpsichordist and fortepianist. In 1975 she was awarded the Austrian Gold Medal.

Peter Watchorn is an Australian-born harpsichordist who has combined a virtuosic keyboard technique, musical scholarship and practical experience in the construction of harpsichords copied from original instruments of the 17th and 18th centuries. As well as presenting many solo public performances and broadcasts of baroque keyboard music and participating in choral and orchestral performances, he has made numerous commercial CD recordings of solo harpsichord music from the 17th and 18th centuries.

Leonhardt-Consort, also known as the Leonhardt Baroque Ensemble, was a group of instrumentalists which its director, the keyboard player Gustav Leonhardt founded in 1955 to play baroque music. The Consort was active until around 1990, although some members including Leonhardt himself continued to perform after that date.

Bob van Asperen is a Dutch harpsichordist and early keyboard instrument performer, as well as a conductor. He graduated in 1971 from the Amsterdam Conservatory, where he studied the harpsichord with Gustav Leonhardt and the pipe organ with Albert de Klerk. Since then he has been performing extensively in Europe and the rest of the world as a soloist and accompanist/conductor.

Francesco Cera is an Italian harpsichordist, organist and conductor. Accomplished performer of Italian Baroque harpsichord and organ repertoire, he was a student of Gustav Leonhardt in Amsterdam (1989–90), then in 1991 became member of the ensemble Il Giardino Armonico. Since 1997 he has been director of the Ensemble Arte Musica, specializing in Italian vocal repertoire from Gesualdo and Monteverdi to 18th-century cantatas. Cera has held master classes at the Smarano Organ Academy and the Piccola Accademia Montisi.

Johann Sebastian Bach's music has been performed by musicians of his own time, and in the second half of the eighteenth century by his sons and students, and by the next generations of musicians and composers such as the young Beethoven. Felix Mendelssohn renewed the attention for Bach's music by his performances in the 19th century. In the 20th century Bach's music was performed and recorded by artists specializing in the music of the composer, such as Albert Schweitzer, Helmut Walcha and Karl Richter. With the advent of the historically informed performance practice Bach's music was prominently featured by artists such as Nikolaus Harnoncourt, Gustav Leonhardt and Sigiswald Kuijken.

Sabine Bauer is a German harpsichordist, pianofortiste and flautist specialising in the repertoire of Baroque music and classical period, adept at historically informed performance, i.e. performance on ancient instruments.

Wikimedia Commons has media related to Gustav Leonhardt .
This page is based on this Wikipedia article
Text is available under the CC BY-SA 4.0 license; additional terms may apply.
Images, videos and audio are available under their respective licenses.