Gustav Schwab was born in Stuttgart, the son of the philosopher Johann Christoph Schwab: he was introduced to the humanities early in life. After attending Gymnasium Illustre, [1] he studied as a scholar of Tübinger Stift at University of Tübingen, his first two years studying Philology and Philosophy, and thereafter Theology. While at university he established a literary club and became a close friend of Ludwig Uhland, Karl Varnhagen and Justinus Kerner, with whom he published a collection of poems under the title Deutscher Dichterwald.

In the spring of 1813, he made a journey to northern Germany, where he met Johann Wolfgang von Goethe, Friedrich Schleiermacher, Friedrich Rückert, Friedrich de la Motte Fouqué, Adelbert von Chamisso and others. In 1818 he became a high school teacher in Stuttgart, and in 1837 he started work as a pastor in Gomaringen, near Tübingen. In 1841, he moved back to Stuttgart, where he was first pastor and then from 1845 educational counselor for Stuttgart's high school system. In 1847 he received an honorary Doctorate from his old university.

Schwab's collection of myths and legends of antiquity, Sagen des klassischen Altertums, published from 1838 to 1840, was widely used at German schools and became very influential for the reception of classical antiquity in German classrooms.

In his later years, he traveled regularly to Überlingen am Bodensee to enjoy the waters at the city's spa; [2] he died in Stuttgart in 1850.

Ferdinand Christian Baur was a German Protestant theologian and founder and leader of the (new) Tübingen School of theology. Following Hegel's theory of dialectic, Baur argued that second century Christianity represented the synthesis of two opposing theses: Jewish Christianity and Gentile Christianity. This and the rest of Baur's work had a profound impact upon higher criticism of biblical and related texts.

Johann Gustav Bernhard Droysen was a German historian. His history of Alexander the Great was the first work representing a new school of German historical thought that idealized power held by so-called "great" men. 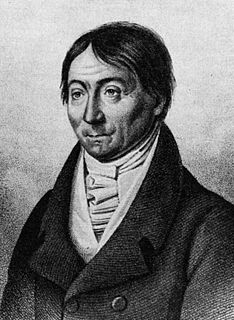 Johann Heinrich Friedrich Link was a German naturalist and botanist.

Wingolf is an umbrella organisation of 35 student fraternities at 34 universities in Germany, Austria and Estonia. It has approximately 5,000 members. It is one of the oldest oecumenical organisations in Germany. It has a close friendship with the Falkensteinerbund in Switzerland. 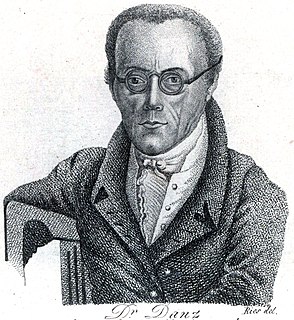 Friedrich Gottlieb Süskind was a German Protestant theologian born in Neuenstadt am Kocher.

Walter Friedrich Gustav Hermann Otto was a German classical philologist particularly known for his work on the meaning and legacy of Greek religion and mythology, especially as represented in his seminal 1929 work The Homeric Gods.

Bernhard Maier is a German professor of religious studies, who publishes mainly on Celtic culture and religion.

The Collegium Fridericianum was a prestigious gymnasium in Königsberg, Prussia. Alumni were known as Friderizianer.

Hermann von Rohden was a German educator and classical archaeologist known for his analyses of ancient Roman terracotta artifacts.

Johann Georg Wilhelm Pape was a German classical philologist and lexicographer. He is known today primarily as the author of his Griechisch-Deutsches Handwörterbuch [Concise Greek-German Dictionary], first published in 1842 and frequently reprinted in the 19th and early 20th centuries.

Johann Gottlob von Kurr was a German pharmacist and naturalist, making contributions in the fields of botany and mineralogy. 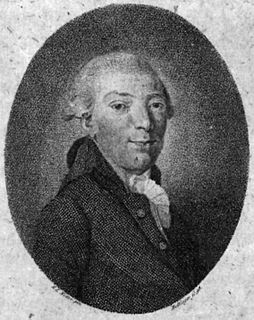 Karl Gustav Reuschle was a German mathematician, geographer and educator.