Gustav Suits (30 November [ O.S. 18 November] 1883 in Võnnu, Tartu County, Livonia – 23 May 1956 in Stockholm, Sweden) is considered one of the greatest Estonian poets. [1] He was also an early leader of the literary movement group Noor-Eesti (Young Estonia).

Suits was born in the parish of Võnnu to teacher Hindrik Suits and Liis Suits (née Kerge). He had an older sister, Ann. In 1895, Suits moved to Tartu, Estonia to study at the Alexander Gymnasium. Suits so enjoyed this bustling university town and its intellectual centers that he became determined to become a part of its literary society. By the time he was 16 years old, the newspaper Uus Aeg (New Time) published his first critical essay. In 1899, the newspaper published his first poem, Water Lilies.

In 1901, Suits began spending his summers tutoring in the German and French languages. In the same year, he founded the literary society "Friends of Literature" (Kirjanduse Sõbrad), a group that included Anton Hansen Tammsaare, who was to become Estonia's greatest novelist. The society published a journal called "Rays" (Kiired).

Between 1905 and 1916, Suits was closely connected to the Estonian literary movement group known as Noor-Eesti, or Young Estonia. In these years, Noor Eesti became publicly active, bringing European influence into Estonian literature and influencing European literature with Estonian styles. Between 1917 and 1919, Suits was politically active in the Estonian Socialist Revolutionary Party.

In 1921, Suits became the first person to teach literature in Estonian at a post-secondary school level. Until he left the post in 1944, he published a multitude of research essays focusing on Estonian literature. Suits founded the Estonian Academic Literary Society in 1924.

In 1941, Suits experienced the loss of his home. It, along with hundreds of manuscripts, burned to the ground.

In 1944, Suits and approximately 70,000 other Estonians fled the Soviet-occupied Estonia. He and his family lived in Stockholm, Sweden, where Suits wrote most of his poetry and many of his research papers.

Suits' poetry combines extremely personal and very general elements. Frequently, it addresses Estonian history and the fate of humanity. His early poetry reflects the revolution brewing in Estonia between 1900 and 1917 and the youth movement. His poems contain militant, romantic and disappointed tones after the revolution. Suits uses symbolism, metaphors and allusions frequently.

In 1956, Suits contracted a serious illness and died. He is buried in the Skogskyrkogården. 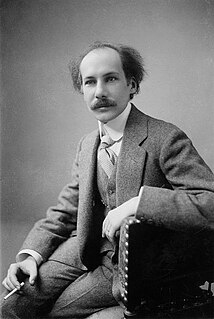 Boris Nikolaevich Bugaev, better known by the pen name Andrei Bely or Biely, was a Russian novelist, poet, theorist, communist, and literary critic. His novel Petersburg was regarded by Vladimir Nabokov as one of the four greatest novels of the 20th century. 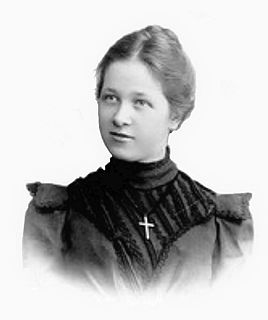 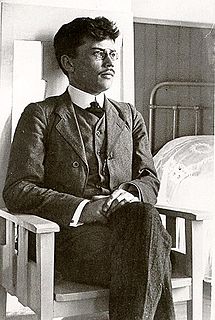 Friedebert Tuglas, born Friedebert Mihkelson or Michelson was an Estonian writer and critic who introduced Impressionism and Symbolism to Estonian literature. Persecuted by the authorities in the beginning of 20th century, he later became an acknowledged representative of Estonian literature in the Soviet era.

Tõnu Õnnepalu, also known by the pen names Emil Tode and Anton Nigov, is an Estonian poet, author and translator. 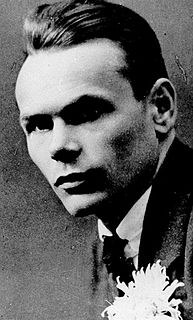 Henrik Visnapuu was a well-known Estonian poet and dramatist. 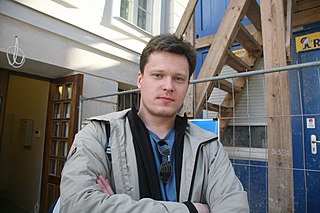 Jaak Urmet is an Estonian writer.

Ilmar Laaban, was an Estonian poet and publicist.

Young Estonia (Noor-Eesti) was a neo-romantic literary group established around 1905 and led by the poet Gustav Suits and short story writer Friedebert Tuglas. Other members of the group included Villem Grünthal-Ridala and Johannes Aavik. Gustav Suits articulated the ideology of the group thus:

"What buoys up and exalts humanity is education. Our slogan is: More culture! More European culture! Let us remain Estonians, but let us become Europeans too. We want to discover the ideas and forms towards which we are impelled by our national spirit, character, and needs on the one hand, and by European culture on the other." 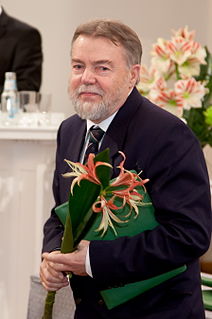 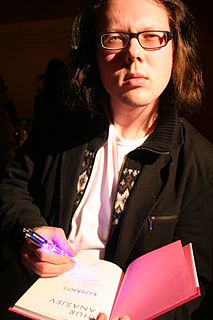 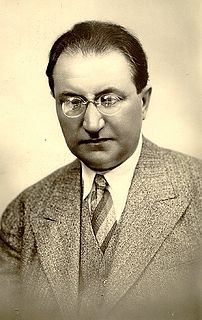 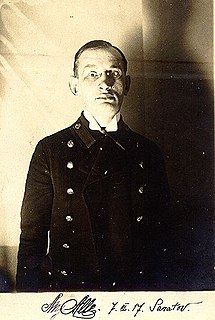 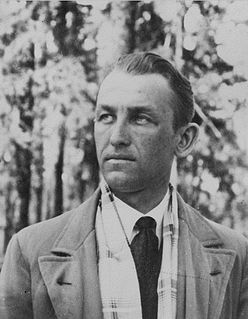 Mihkel Mutt is an Estonian writer, essayist, columnist and editor. 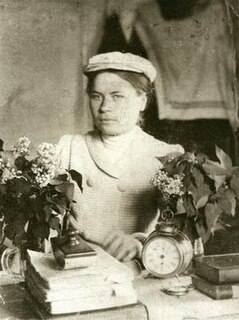 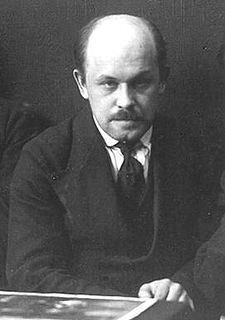