Guy Carleton Wiggins NA (February 23, 1883 – April 25, 1962) was an American impressionist painter. He was the president of the Connecticut Academy of Fine Arts, and a member of the Old Lyme Art Colony. He did many paintings of New York City's snowy streets, landmarks and towering skyscrapers during winter.

Wiggins was born on February 23, 1883 in Brooklyn. [1] His father Carleton Wiggins was an accomplished artist who gave his son his first training as a painter. [1] He attended the Brooklyn Polytechnic Institute, the Art Students League of New York, and the National Academy of Design. [1] His teachers at the academy were William Merritt Chase and Robert Henri.[ citation needed ]

Wiggins painted in an impressionistic style, [2] as may be seen especially in Berkshire Hills, June (Brooklyn Museum). He traveled New England painting streams, fields and woodlands capturing on canvas the various seasons of the year. He became one of the youngest members of the Old Lyme Art Colony of Old Lyme, Connecticut, and painted alongside his father, Carleton, Childe Hassam, and Frank Vincent DuMond. Wiggins began teaching art in Essex, Connecticut in 1937. [3] He did a portrait of President Dwight D. Eisenhower and gave it to the White House in 1959. [4] [5]

Wiggins died in 1962 while on vacation in St. Augustine, Florida, aged 80. [7] His body was returned home to Connecticut and he was buried in Lyme. [1] His work can be seen in several major museums, including the Art Institute of Chicago, [8] Brooklyn Museum, [9] and Smithsonian American Art Museum. [3]

The painting "Lower Fifth Ave. During The Day" was the subject of a restoration by Julian Baumgartner on the YouTube Channel Baumgartner Restoration. [12] The work was previously believed to be untitled, but during the restoration the true title was found painted on the verso after a layer of canvas from a previous restoration was removed. [13] 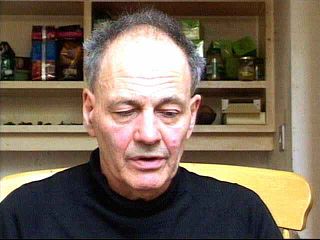 Frank Helmut Auerbach is a German-British painter. Born in Germany, he has been a naturalised British citizen since 1947. 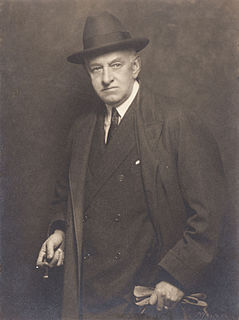 Willard Leroy Metcalf was an American artist born in Lowell, Massachusetts. He studied at the School of the Museum of Fine Arts, Boston, and later attended Académie Julian, Paris. After early figure-painting and illustration, he became prominent as a landscape painter. He was one of the Ten American Painters who in 1897 seceded from the Society of American Artists. For some years he was an instructor in the Women's Art School, Cooper Union, New York, and in the Art Students League, New York. In 1893 he became a member of the American Watercolor Society, New York. Generally associated with American Impressionism, he is also remembered for his New England landscapes and involvement with the Old Lyme Art Colony at Old Lyme, Connecticut and his influential years at the Cornish Art Colony. 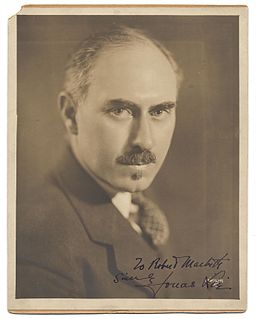 Jonas Lie was a Norwegian-born American painter and teacher.

Henry Ward Ranger was an American artist. Born in western New York State, he was a prominent landscape and marine painter, an important Tonalist, and the leader of the Old Lyme Art Colony. Ranger became a National Academician (1906), and a member of the American Water Color Society. Among his paintings are, Top of the Hill, Corcoran Gallery of Art, Washington, D.C.; and East River Idyll, Carnegie Institute, Pittsburgh, Pennsylvania. 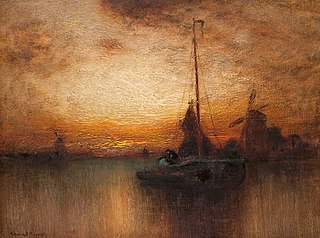 Philip Pearlstein is an American painter best known for Modernist Realism nudes. Cited by critics as the preeminent figure painter of the 1960s to 2000s, he led a revival in realist art. He is a Distinguished Professor Emeritus with paintings in the collections of over 70 public art museums.

Edmund William Greacen (1876–1949) was an American Impressionist painter. His active career extended from 1905 to 1935, during which he created many colorful works in oil on canvas and board. One of his works, a reproduction of which is at the Smithsonian Institution, was awarded the Salmagundi Club's Samuel T. Shaw Prize in 1922. In addition to his work as an artist, Greacen also founded, ran and taught in New York City's Grand Central School of Art for more than 20 years. 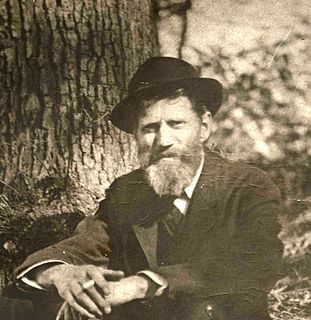 Soren Emil Carlsen was an American Impressionist painter who emigrated to the United States from Denmark. He became known for his still lifes. Later in his career Carlsen expanded his range of subjects to include landscapes and marines as well.

Harvey Dinnerstein, is a figurative artist and educator. A draftsman and painter in the realistic tradition, his work has included genre paintings, contemporary narratives, complex figurative compositions, portraits, and intimate images of his family and friends.

Carleton Wiggins NA (1848–1932) was an American landscape and cattle painter. He was born in Orange County, New York, and studied in New York at the National Academy of Design and with George Inness, and in Paris, and settled in New York. His landscapes were executed in broad flowing lines, with a rich low-toned color scheme, and often contain cattle, solidly and realistically portrayed.

Edward Charles Volkert (1871–1935), was an American Impressionist artist best known for his colorful and richly painted impressionist landscapes. His trademark subject was that of cattle and plowmen. His style is noted for its impressionist use of light, applied in small dots of paint, while maintaining an interest in the true forms and colors of his subject matter. He has been referred to as America's cattle painter extraordinaire".

Lois Dodd is an American painter. Dodd was a key member of New York’s postwar art scene. She played a large part and was involved in the wave of modern artists including Alex Katz and Yvonne Jacquette who explored the coast of Maine in the latter half of the 20th century. 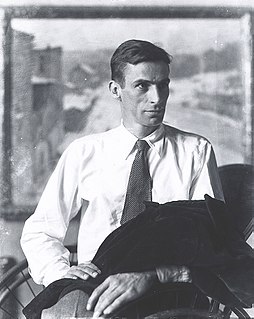 John Fulton "Jack" Folinsbee was an American landscape, marine and portrait painter, and a member of the art colony at New Hope, Pennsylvania. He is best known today for his impressionist scenes of New Hope and Lambertville, New Jersey, particularly the factories, quarries, and canals along the Delaware River.

Jerry Weiss is an American figurative, landscape, and portrait painter and a writer. He studied classical drawing, and his career has centered on both the figure, and landscape. He says he is "intrigued by the portrait and figure as a most sacred subject." 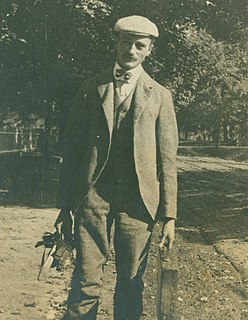 Clark Greenwood Voorhees was an American Impressionist and Tonalist landscape painter and one of the founders of the Old Lyme Art Colony. 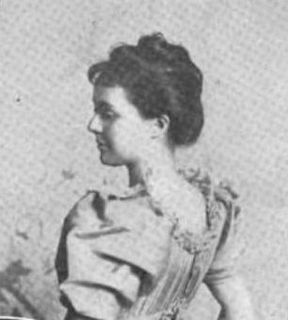 Matilda Browne was an American Impressionist artist noted for her flower paintings and her farm and cattle scenes. Born in Newark, New Jersey, she was a child prodigy who received early art training from her artist-neighbor, Thomas Moran. 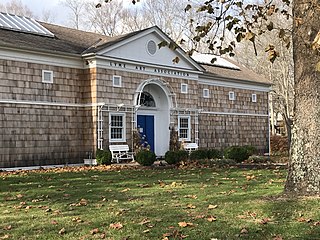 Lyme Art Association (LAA) is a non-profit art organization established in 1914, with roots going back to 1902. The organization maintains a historic art gallery located at 90 Lyme Street in Old Lyme, Connecticut, located in the Old Lyme Historic District. The gallery was built in 1921 and designed by famed architect and artist Charles A. Platt. Exhibitions are held throughout the year by member artists as well as visiting artists. The building also has a north-light studio where classes are conducted year-round. 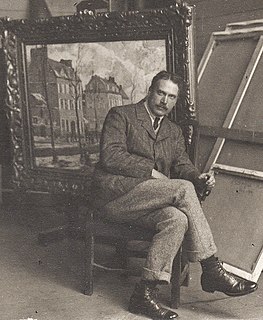 Jessie Hull Mayer was an American painter and muralist who won four federal commissions to complete post office murals, as part of the Section of Painting and Sculpture′s projects, later called the Section of Fine Arts, of the Treasury Department. She continued to paint after the WPA project ended focusing on botanicals, landscapes and maritime themes.

Louis Paul Dessar was an American painter. He painted the portraits of New York City's high society as well as Connecticut's farmers.