Powles was born in Otaki, north of Wellington, in 1905. Powles was the son of Lieutenant-Colonel C. Guy Powles, a decorated military soldier who served with distinction during World War I as brigade major of New Zealand Mounted Rifles Brigade 1914–1916 and AA & QMG ANZAC Mounted Division 1916–1918. In 1922 he wrote the third volume of the Official History of New Zealand's Effort in the Great War , The New Zealanders in Sinai and Palestine, and in 1928 edited The history of the Canterbury Mounted Rifles 1914–1919 by officers of the regiment, and later became Chief of General Staff of the New Zealand Army.

Powles earned his LLB from Victoria University of Wellington and practised as a barrister in Wellington from 1929 to 1940. During the war, Powles went on active military service, and achieved the rank of colonel, commanding the New Zealand artillery regiment in the South Pacific at Guadalcanal and New Caledonia.

Powles was a founding member of the New Zealand Institute of International Affairs in 1934, along with Alister McIntosh, John Cawte Beaglehole, and William Sutch.

Powles joined the fledgling Department of External Affairs in 1945, working alongside such notable figures as Alister McIntosh, George Laking, and later Frank Corner and Merwyn Norrish. His first assignment was in Washington, where he served as counsellor working on the Far Eastern Commission, established to work through the issues relating to Japan's surrender during World War II.

In 1949, Powles became New Zealand High Commissioner to Samoa: in this role, he was set to become the last New Zealand governor of that territory. Over the next ten years, Powles worked through the issues relating to Samoa's independence from New Zealand.

In 1960, Powles became New Zealand High Commissioner to India, which he served until 1962.

Powles was appointed a Knight Commander of the Order of the British Empire in the 1961 New Year Honours, and was made New Zealand's first Ombudsman in 1962. He served in this role until 1977, by which time he had been joined by another Ombudsman, and acted as Chief Ombudsman. Powles also acted as New Zealand's first Race Relations Conciliator. On the international stage, Powles did a substantial amount of work in promoting the office of the ombudsman.

Powles' son is diplomat Michael Powles, a former New Zealand High Commissioner to Fiji, and former Ambassador to Indonesia, China, and the United Nations. His grandson is Timothy Powles, producer, engineer and drummer for Australian band The Church. 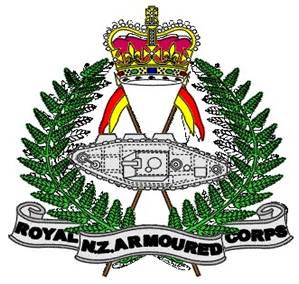 The Human Rights Commission is the national human rights institution (NHRI) for New Zealand. It operates as an independent Crown entity, and is independent from direction by the Cabinet.

Sir Jack Kent Hunn was a New Zealand civil servant. Hunn served as Secretary of Defence, Secretary of Maori Affairs, Secretary of Justice, and Chairman of the Fire Service Commission.

Foss Shanahan was a New Zealand diplomat and public servant. 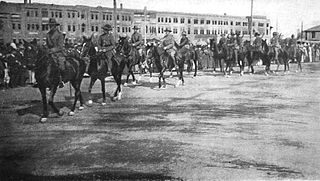 Sir Gordon Ellis Bisson was a New Zealand Court of Appeal judge and a member of the Privy Council of the United Kingdom.

Sir Brian George Conway Elwood is a former New Zealand lawyer, politician, and public servant. He served as mayor of Palmerston North from 1971 to 1985, and was the Chief Ombudsman of New Zealand from December 1994 to June 2003. In the latter role, he was responsible for investigating complaints against central and local government agencies, including Ministers of the Crown.

The Capture of Jericho occurred between 19 and 21 February 1918 to the east of Jerusalem beginning the Occupation of the Jordan Valley during the Sinai and Palestine Campaign of the First World War. Fighting took place in an area bordered by the Bethlehem–Nablus road in the west, the Jordan River in the east, and north of a line from Jerusalem to the Dead Sea. Here a British Empire force attacked Ottoman positions, forcing them back to Jericho and eventually across the Jordan River.

The Capture of Jisr ed Damieh took place on 22 September 1918 during the Third Transjordan attack of the Battle of Nablus which, along with the main Battle of Sharon formed the Battle of Megiddo fought during the Sinai and Palestine Campaign of the First World War. Units of Chaytor's Force under the commanded by Brigadier-General William Meldrum, and known as "Meldrum's Force", attacked and captured the bridge. This successful attack cut the most direct line of retreat from the Judean Hills for the Seventh and remnants of the Eighth Armies, while units from these two armies were moving towards, and crossing the Jisr ed Damieh bridge over the Jordan River. This victory by Meldrum's Force opened the way for Chaytor's Force to advance along the main Nablus to Es Salt road to capture Es Salt and to continue on to the victory at the Second Battle of Amman.

The Battle of Ayun Kara was an engagement in the Sinai and Palestine Campaign during the First World War. The battle was fought between the New Zealand Mounted Rifles Brigade and a similar-sized rearguard from the Turkish 3rd Infantry Division, which was part of the XXII Corps of the Ottoman Eighth Army under Kress von Kressenstein. 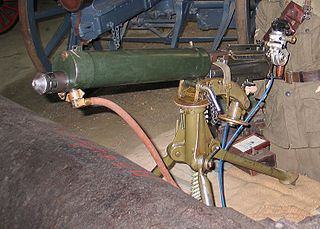 The Battle for No.3 Post was fought during the Gallipoli Campaign in the First World War, between the forces of the New Zealand Mounted Rifles Brigade and the Turkish 19th Division.