Guzargahi Nur or Gozargah-e-Noor is a district in Baghlan Province, Afghanistan. [2] It was created in 2005 from part of Khost wa Firing District.

In the afternoon of 06 June 2014 large flash floods devastated a number of villages in Guzargah-e-Nur district of Baghlan province, in North East Afghanistan. Reports from the Afghan National Disaster Management Authority (ANDMA) say 81 people died due to flood, 35 people were injured, seven seriously who were sent to the provincial hospital for further treatment ... Hundreds of houses have damaged or destroyed in Yahya, Jeryan, Zeh Wali, Dahte Khasa, Mir Khel, Yahood, Dahnae Gharoo, Deh Qandee, Koree Naw, Jar Ab, Dashte Khakaye Payeen, Khasaye Payeen villages in Guzargahi Nur district according to the Baghlan Provincial Governor and the ANDMA director. Affected people have been taken in by the local community in surrounding villages. [3] 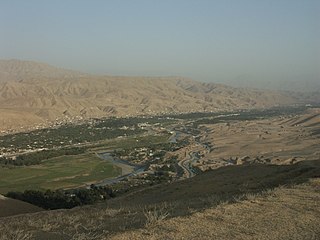 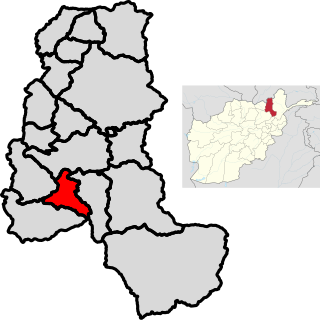 On 11 June 2012, two moderate earthquakes struck northern Afghanistan, causing a large landslide. The landslide buried the town of Sayi Hazara, trapping 71 people. After four days of digging, only five bodies were recovered and the search was called off. Overall, 75 people were killed and 13 others were injured.