She was posthumously inducted into the South Australian Legend's Club in 2019. [2] 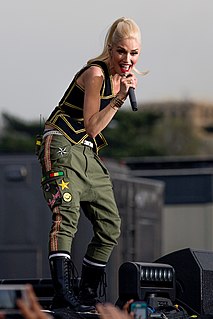 Gwen Renée Stefani is an American singer, songwriter, record producer, actress and fashion designer. She is a co-founder, lead vocalist, and the primary songwriter of the band No Doubt, whose singles include "Just a Girl", "Spiderwebs", and "Don't Speak", from their 1995 breakthrough studio album Tragic Kingdom, as well as "Hey Baby" and "It's My Life" from later albums. 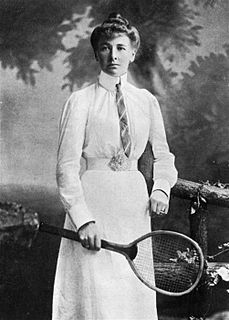 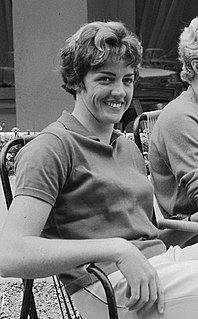 Margaret Court, also known as Margaret Smith Court, is an Australian retired tennis player and former world No. 1. She won 24 Grand Slam women's singles titles in her career, 19 Grand Slam doubles titles, and 21 Grand Slam mixed doubles titles. She won more Grand Slam titles than any other player in history, and is considered one of the greatest tennis players of all time. She is currently a Christian minister in Perth, Western Australia.

Evonne Fay Goolagong Cawley, known as Evonne Goolagong in her earlier career, is an Australian retired professional tennis player. Goolagong was one of the world's leading players in the 1970s and early 1980s and was the highest-ranked female Australian player on tour following the retirement of Margaret Court. 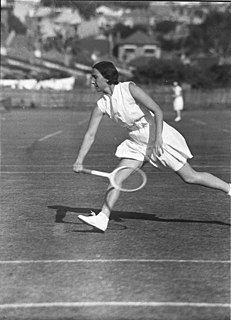 George Warren McCrae, Jr. is an American soul and disco singer, most famous for his 1974 hit "Rock Your Baby".

Gwenyth Valmai Meredith OBE, also known by her married name Gwen Harrison, was an Australian author, dramatist and playwright, and radio writer. She is best known for her radio serials The Lawsons (1944–1949) and the longer-running Blue Hills (1949–1976). 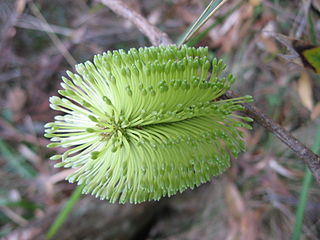 Banksia integrifolia subsp. monticola, commonly known as White Mountain banksia, is a subspecies of Banksia integrifolia. Described in 1994, it occurs in the Blue Mountains and in northern New South Wales. It contains the largest recorded Banksia trees.

Second-seeded Thelma Long defeated Helen Angwin 6–2, 6–3 in the final to win the Women's Singles tennis title at the 1952 Australian Championships.

First-seeded Maureen Connolly defeated Julie Sampson 6-3, 6-2 in the final to win the Women's Singles tennis title at the 1953 Australian Championships.

The 1922 Australasian Championships was a tennis tournament that took place on outdoor Grass courts at the White City Tennis Club, Sydney, Australia from 2 December to 9 December. It was the 15th edition of the Australian Championships, the third held in Sydney, and the third Grand Slam tournament of the year. It was the inaugural year for the women's singles, women's doubles and mixed doubles competitions. The singles titles were won by Australians James Anderson and Margaret Molesworth.

The 1955 Australian Championships was a tennis tournament that took place on outdoor Grass courts at the Memorial Drive, Adelaide, Australia from 21 January to 31 January. 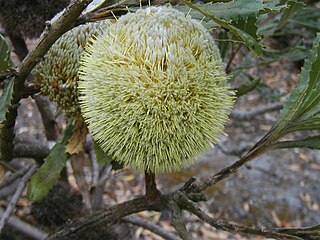 Ethel Muriel Cover (née Ashton;, known professionally as Queenie Ashton, was an English-born character actress. She had a long career, beginning in her native England as a soprano, theatre performer and radio personality her early roles were primarily in musical comedies, before her first straight drama role in 1939, a period piece playing Marie Antoinette, she continued her singing career through out the 1940s opposite Gladys Moncrieff and Strella Wilson, before emigrating to Australia where she became best known for her radio and television soap opera roles, although she did also feature briefly in films. Ashton's best known role was that of "Granny Bishop", a character many years her senior in the long-running Gwen Meredith radio serial Blue Hills, a role she would later reprise for television, with the first locally produced soap opera Autumn Affair.

Gwen Rosemary Jorgensen is an American distance runner and former professional triathlete. She is the 2014 and 2015 ITU World Triathlon Series Champion. She has been named USA Triathlon's 2013 and 2014 Olympic/ITU Female Athlete of the Year. She was a member of the 2012 Olympic Team and again represented the United States in triathlon at the 2016 Summer Olympics, where she won the USA's first ever triathlon gold medal with a time of 1 hour, 56 minutes, and 16 seconds.

Dorothy 'Dot' Stevenson was an Australian female tennis player who was active in the 1930s.

Helen Angwin is an Australian former tennis player who was active in the first half of the 1950s.