Born at Chester about 1762, he was the only son of Francis Wardle, J.P., of Hartsheath, near Mold, Flintshire, and Catherine, daughter of Richard Lloyd Gwyllym. He was during 1775 at Harrow School, but left in poor health; he was then at the school of George Henry Glasse at Greenford, near Ealing, Middlesex. He was admitted pensioner at St John's College, Cambridge, on 12 February 1780, but did not take a degree. [1] [2] [3]

Chester is a walled city in Cheshire, England, on the River Dee, close to the border with Wales. With a population of 79,645 in 2011, it is the most populous settlement of Cheshire West and Chester, which had a population of 329,608 in 2011, and serves as the unitary authority's administrative headquarters. Chester is the second-largest settlement in Cheshire after Warrington.

Mold is a Welsh town and community in Flintshire, on the River Alyn. It is the administrative seat of Flintshire County Council, and was the county town of Clwyd from 1974 to 1996. According to the 2011 UK Census, it had a population of 10,058. 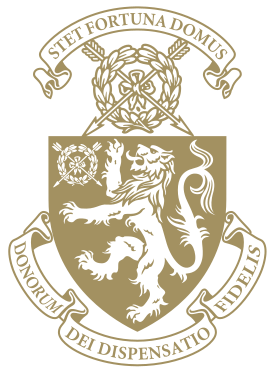 Harrow School is public school for boys in Harrow, London, England. The School was founded in 1572 by John Lyon under a Royal Charter of Elizabeth I, and is one of the original seven public schools that were regulated by the Public Schools Act 1868. Harrow charges up to £12,850 per term, with three terms per academic year (2017/18). Harrow is the fourth most expensive boarding school in the Headmasters' and Headmistresses' Conference.

After travelling on the continent of Europe, Wardle settled at Hartsheath. [1] He went into business with William Alexander Madocks, in particular at Tremadog. [4]

Tremadog is a village in the community of Porthmadog, in Gwynedd, north west Wales; about one mile (1.6 km) north of Porthmadog town-centre. It was a planned settlement, founded by William Madocks, who bought the land in 1798. The centre of Tremadog was complete by 1811 and remains substantially unaltered.

When Sir Watkin Williams-Wynn, 5th Baronet raised a troop of dragoons, officially called "the ancient British Light Dragoons",' and popularly known as "Wynn's Lambs", Wardle served in it, in Ireland. He is said to have fought at the battle of Vinegar Hill in 1798. At the peace of Amiens the troop was disbanded, and Wardle retired with the rank of lieutenant-colonel. [1]

Sir Watkin Williams-Wynn, 5th Baronet was a Welsh landowner and Tory politician who sat in the House of Commons from 1794 to 1840.

The Battle of Vinegar Hill, was an engagement during the Irish Rebellion of 1798 on 21 June 1798 when over 13,000 British soldiers launched an attack on Vinegar Hill outside Enniscorthy, County Wexford, the largest camp and headquarters of the Wexford United Irishmen. It marked a turning point in the rebellion, as it was the last attempt by the United Irishmen to hold and defend ground against the British military. The battle was actually fought in two locations: on Vinegar Hill itself and in the streets of nearby Enniscorthy.

Wardle moved to Green Park Place, Bath, Somerset, in about 1800, where he was living when elected Member of Parliament for Okehampton in Devon in 1807. He won the election with 113 votes, and he is said to have been returned without the support of the borough's patron. [1] According to a pamphlet by William Farquharson, he also had interests in a gin distillery in Jersey.

William George Farquharson was a provincial politician from Alberta, Canada. He served as a member of the Legislative Assembly of Alberta from 1922 to 1935 sitting with the United Farmers caucus in government.

As a result of the scandals arising from the relationship of Prince Frederick, Duke of York and Albany, the commander-in-chief of the army, with Mary Anne Clarke, Wardle brought forward a motion against the Duke on 27 January 1809. [1] Acting with Sir Francis Burdett, Wardle was able, through parliamentary privilege, to fight against the government's libel action against the press, which aimed to prevent corruption rumours against the Duke from becoming public. [5] The House of Commons went into committee on the subject on 1 February, and the proceedings lasted until 20 March. Though he failed in convicting the Duke of personal corruption, sufficient indiscretions were proved to force his retirement. [1] Due to public interest in the case, Wardle briefly became more prominent than Burdett, who was otherwise a more substantial radical campaigner. [6] 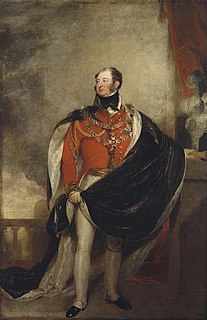 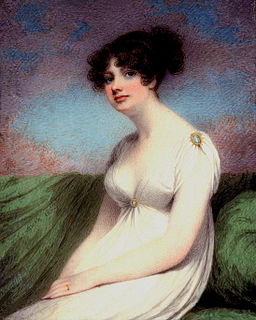 Mary Anne Clarke was the mistress of Prince Frederick, Duke of York and Albany. Their relationship began in 1803, while he was Commander-in-Chief of the army. Later in 1809, she wrote her memoirs which were published. She was the subject of a portrait by Adam Buck, and a caricature by Isaac Cruikshank; ten days after the latter's publication, the Duke resigned from his post as Commander of the British Army. In 1811, she commissioned Irish sculptor Lawrence Gahagan to sculpt a marble bust of her; this is now housed in the National Portrait Gallery, London.

Up to this point Wardle had been thought a bon viveur rather than a politician, but he remained committed to his cause. He made a long speech in parliament on 19 June 1809 on the public economy, and his resolutions on this were agreed. He was presented with the freedom of the city of London on 6 April 1809 and congratulatory addresses were presented to him by many corporations throughout the United Kingdom. His likeness was reproduced in a number of forms. [1]

On 3 July 1809, Wardle's fortunes changed for the worse, when an upholsterer called Francis Wright brought a court action against him over matters concerning the furnishing of Mary Anne Clarke's house. With the attorney-general prosecuting, the jury found against Wardle, and evidence came out that Clarke and Wardle had colluded against the Duke. [2] Wardle denied this in an open letter, and on 11 December he brought an action against the Wrights and Clarke for conspiracy. He lost the case, along with his reputation, [1] James Glenie, a witness for the crown in the first trial, was also heavily criticised by the judge Lord Ellenborough. [7]

Wardle's radical supporters included Timothy Brown, Major John Cartwright, William Cobbett, William Frend, and Robert Waithman. [8] He was not re-elected for Okehampton after the dissolution of parliament in 1812, despite strong backing. [1]

Wardle moved to a farm in Kent between Tunbridge and Rochester; Mary Anne Clarke wrote that he sold milk. Later, with money troubles, he emigrated. He died in Florence, on 30 November 1833, aged 71. [1]

An address from Colonel Wardle to his countrymen, arguing for Catholic Emancipation, was circulated in 1828. It was dated Florence, 3 November 1827, and praised conditions of life in Catholic Tuscany. [1]

In 1792 Wardle married Ellen Elizabeth Parry, daughter of Love Parry of Madryn, Carnarvonshire, who brought him estates in that county. They had seven children. He was an unfaithful husband. [2] 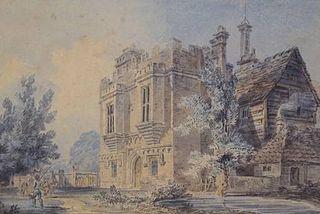 James Glenie was a Scottish soldier, businessman and political figure associated with New Brunswick. He represented Sunbury County in the Legislative Assembly of New Brunswick from 1789 to 1809.

Adam Buck (1759–1833) was an Irish neo-classical portraitist and miniature painter and engraver principally active in London. 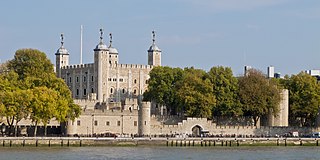 John Drakard (1775?–1854) was an English newspaper proprietor, publisher, and political radical, imprisoned for his journalism.

Hewson Clarke was an English author, known for historical works. In literary circles he became unpopular by satirising Lord Byron.

David Barclay of Cheapside (1682–1769) was a Scottish merchant and banker.

William Maltby (1763–1854) was an English solicitor, library and bibliographer, known also as a close friend of the poet Samuel Rogers.