Gynophobia or gynephobia is an abnormal fear of women, a type of specific social phobia. [1] In the past, the Latin term horror feminae was used. [2]

Gynophobia should not be confused with misogyny, the hatred, contempt for and prejudice against women, [3] [4] although some may use the terms interchangeably, in reference to the social, rather than pathological aspect of negative attitudes towards women. [5]

The antonym of misogyny is philogyny, the love, respect for and admiration of women. [6]

This term is analogous with androphobia, the abnormal or irrational fear of men.

Hyponyms of the term "gynophobia" include feminophobia, [9]

Gynophobia was previously considered a driving force toward homosexuality. In his 1896 Studies in the Psychology of Sex, Havelock Ellis wrote:

It is, perhaps, not difficult to account for the horror – much stronger than that normally felt toward a person of the same sex – with which the invert often regards the sexual organs of persons of the opposite sex. It cannot be said that the sexual organs of either sex under the influence of sexual excitement are esthetically pleasing; they only become emotionally desirable through the parallel excitement of the beholder. When the absence of parallel excitement is accompanied in the beholder by the sense of unfamiliarity as in childhood, or by a neurotic hypersensitiveness, the conditions are present for the production of intense horror feminae or horror masculis, as the case may be. It is possible that, as Otto Rank argues in his interesting study, "Die Nacktheit in Sage und Dichtung," [sic] this horror of the sexual organs of the opposite sex, to some extent felt even by normal people, is embodied in the Melusine type of legend. [10]

In his book Sadism and Masochism: The Psychology of Hatred and Cruelty, Wilhelm Stekel discusses horror feminae of a male masochist.

Professor Eva Keuls argues that violent Amazons are the evidence of the obsessive fear of women in Classical Athens. [12]

Misogyny is the hatred of, contempt for, or prejudice against women or girls. It enforces sexism by punishing those who reject an inferior status for women and rewarding those who accept it. Misogyny manifests in numerous ways, including social exclusion, sex discrimination, hostility, androcentrism, patriarchy, male privilege, belittling of women, disenfranchisement of women, violence against women, and sexual objectification.

Erotophobia is a term coined by a number of researchers in the late 1970s and early 1980s to describe one pole on a continuum of attitudes and beliefs about sexuality. The model of the continuum is a basic polarized line, with erotophobia at one end and erotophilia at the other end.

Aquaphobia is an irrational fear of water.

Panphobia, omniphobia, pantophobia, or panophobia is a vague and persistent dread of some unknown evil. Panphobia is not registered as a type of phobia in medical references.

Neophobia is the fear of anything new, especially a persistent and abnormal fear. In its milder form, it can manifest as the unwillingness to try new things or break from routine. In the context of children the term is generally used to indicate a tendency to reject unknown or novel foods. Food neophobia, as it may be referred to, is an important concern in pediatric psychology.

Osmophobia or olfactophobia refers to a fear, aversion, or psychological hypersensitivity to odors. The phobia generally occurs in chronic migraine sufferers who may have odor triggered migraines. Such migraines are most frequently triggered by foul odors, but the hypersensitivity may extend to all odors. One study found as many as 25% of migraine sufferers had some degree of osmophobia. The condition may also be present in individuals in substance withdrawal, specifically opioid withdrawal syndrome, where it is usually associated with nausea and/or vomiting.

Phonophobia, also called ligyrophobia or sonophobia, is a fear of or aversion to loud sounds —a type of specific phobia. It is a very rare phobia which is often the symptom of hyperacusis. Sonophobia can refer to the hypersensitivity of a patient to sound and can be part of the diagnosis of a migraine. Occasionally it is called acousticophobia.

Genophobia or coitophobia is the physical or psychological fear of sexual relations or sexual intercourse. The word comes from the Greek nouns γένος genos, meaning "offspring", and φόβος phobos, meaning "fear". This word is also formed from the Greek noun phobos and the term coitus, referring to the act of copulation in which a male reproductive organ penetrates a female reproductive tract. The term erotophobia can also be used when describing genophobia. It comes from the name of the Greek god of erotic love, Eros. Genophobia can induce panic and fear in individuals, much like panic attacks. People who suffer from the phobia can be intensely affected by attempted sexual contact or just the thought of it. The extreme fear can lead to trouble in romantic relationships. Those afflicted by genophobia may stay away from getting involved in relationships to avoid the possibility of intimacy. This can lead to feelings of loneliness. Genophobic people may also feel lonely because they may feel embarrassed or ashamed of their personal fears. 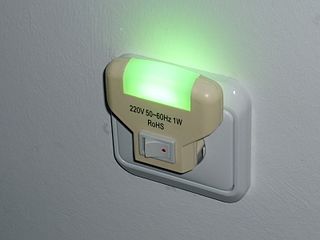 Fear of the dark is a common fear or phobia among children and, to a varying degree, adults. A fear of the dark does not always concern darkness itself; it can also be a fear of possible or imagined dangers concealed by darkness. Some degree of fear of the dark is natural, especially as a phase of child development. Most observers report that fear of the dark seldom appears before the age of 2 years. When fear of the dark reaches a degree that is severe enough to be considered pathological, it is sometimes called scotophobia, or lygophobia.

Gerontophobia is the fear of age-related self-degeneration, or a hatred or fear of the elderly due to memento mori. The term comes from the Greek γέρων – gerōn, "old man" and φόβος – phobos, "fear".

Mysophobia, also known as verminophobia, germophobia, germaphobia, bacillophobia and bacteriophobia, is a pathological fear of contamination and germs. The term was coined by William A. Hammond in 1879 when describing a case of obsessive–compulsive disorder (OCD) exhibited in repeatedly washing one's hands. Mysophobia has long been related to compulsive hand washing. Names pertaining directly to the abnormal fear of dirt and filth include molysmophobia or molysomophobia, rhypophobia, and rupophobia, whereas the terms bacillophobia and bacteriophobia specifically refer to the fear of bacteria and microbes in general.

Taphophobia is an abnormal (psychopathological) fear of being buried alive as a result of being incorrectly pronounced dead.

Gymnophobia is a fear (phobia) of nudity. 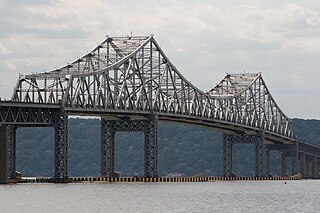 Gephyrophobia is the anxiety disorder or specific phobia characterized by the fear of bridges and tunnels. As a result, sufferers of gephyrophobia may avoid routes that will take them over bridges, or if they are a passenger, will act very apprehensively when passing over a bridge. The term gephyrophobia comes from the Greek γέφυρα (gephura), meaning "bridge", and φόβος (phobos), meaning "fear".

Fear of fish or ichthyophobia ranges from cultural phenomena such as fear of eating fish, fear of touching raw fish, or fear of dead fish, up to irrational fear. Galeophobia is the fear specifically of sharks.

According to the DSM-IV classification of mental disorders, the injury phobia is a specific phobia of blood/injection/injury type. It is an abnormal, pathological fear of having an injury.

Scopophobia, scoptophobia, or ophthalmophobia is an anxiety disorder characterized by a morbid fear of being seen or stared at by others.

Nosocomephobia is defined as the excessive fear of hospitals.

Eurotophobia is the aversion to or dislike of female genitalia.