Mándi was born in Budapest, Hungary. [4] As a footballer, he was dubbed "the artist of positioning, and world champion of timing." [7] Playing club football, he won 10 league titles. [1]

The professionalisation of the game in Hungary weakened MTK's absolute dominance, but they remained amongst the leading sides. Until the end of his career in 1937, he could celebrate three more championships. Between 1923 and 1933, he also won cups with the club; altogether, Mándi made 325 appearances for MTK.

Mándi's career with the Hungarian national football team commenced in June 1921 with a match against Germany. Soon he featured regularly in the side, forming the defense together with Károly Fogl. [4] He won 32 international caps. [1]

Hungary participated in the football tournament of the 1924 Olympic Games in Paris. [9] Hungary's hopes rose after a decisive first round win over Poland. However, a sensational 0–3 defeat at the hands of Egypt in the second stage ended the aspirations of the Magyars. Mándi played in both matches. [10]

A knee injury prevented Mándi from continuing his international career until 1929, when he again featured regularly until 1932, including five matches for the Central European International Cup. After missing out on further nominations for a two years, he returned once more to the Hungarian side for a World Cup qualifier against Bulgaria in 1934. Altogether he played 32 times for his country. [7] [9]

Mandi survived the Holocaust during the Nazi occupation of Poland in World War II with the assistance of his Christian brother-in-law, György Szomolányi. [1] Szomolányi was the managing director of a paper mill that had been converted to produce wooden stocks for rifles to support the Nazi war effort. [1] He was able to employ whomever he wished. [1]

In 1942 he saved Mándi from a Jewish labor detail by giving Mándi papers to work in his factory. [1] Two years later, however, Mándi couldn’t avoid labor service. [1] He was sent on a train bound for Ukraine, but wrote a postcard to Szomolányi and threw it from the train. [1] Someone found it and mailed it, but when it arrived it had been torn, and all that could be read was the word ‘KELPUSZTA’. [1] Szomolányi realised this must be Ekelpuszta, where a transit camp had been set up. [1] He donned his World War I officer’s uniform, strode into the camp, and demanded that he be given five men for an essential task. [1] Impressed, the guards told him to take his pick. [1] Szomolányi selected Mándi and four others. [1]

After retiring as a player, Mándi became a coach and was the manager of the Hungary national football team during the era of the Mighty Magyars. [11] [4] [12] His training regimen for the team was unusual for the time, as he encouraged the men to practice athletics and mountaineering, and to train with the ball and in match situations. [4] [12]

In mid-August 1957 Mándi became coach of America FC in Rio de Janeiro. [13] His spell there with a mid-table placing at the State Championship of Rio 1957 and a joint last place at the Rio-São Paulo Tournament of 1958 was considered unsatisfactory and ended at the end of April 1958.

Nándor Hidegkuti was a Hungarian football player and manager. He played as a forward or attacking midfielder and spent the majority of his playing career at MTK Hungária FC. During the 1950s he was also a key member of the Hungarian National Team team known as the Golden Team. Other members of the team included Ferenc Puskás, Zoltán Czibor, Sándor Kocsis and József Bozsik. In 1953, playing as a deep lying centre-forward, he scored a hat-trick for Hungary when they beat England 6–3 at Wembley Stadium. Playing from deep, Hidegkuti was able to distribute the ball to the other attackers and cause considerable confusion to defences. This was an innovation at the time and revolutionised the way the game was played. 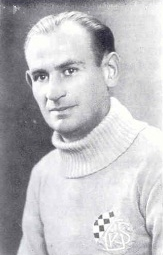 Márton Bukovi was a Hungarian association football player and manager. After playing for Ferencvárosi TC, FC Sète and Hungary he became a coach, most notably with Građanski Zagreb, MTK Hungária FC, Olympiacos F.C. and Hungary. Together with Béla Guttmann and Gusztáv Sebes, he formed a trio of innovative Hungarian coaches who pioneered the 4–2–4 formation. 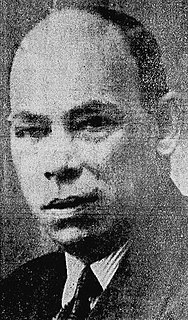 Izidor "Dori" Kürschner, in Brazil primarily known as Dori Kruschner,, was a Hungarian football player and coach. As player he was successful with Budapest club MTK, and also played for the Hungary national football team. As coach he succeeded in Germany, winning the national championship with 1. FC Nürnberg. His greatest triumphs were to follow in Switzerland with the Grasshopper Club Zürich, where he won seven titles. Kürschner's appearance on the Brazilian scene of brought a push of innovation football there and helped establish the country as one of the giants of world football.

Football is the most popular sport in Hungary. The Hungarian Football Federation is the highest body of professional football in Hungary and was founded in 1901. The Hungary national team has played in numerous international tournaments, including the inaugural football tournament in the Olympic Games, nine World Cups, and two European Championships. greatest achievements are the three gold medals in the 1952, 1964 and 1968 Olympic Games, and the runner-up in the 1938 and 1954 World Cups. The team known as the Mighty Magyars was also the first non-British team to defeat England, 6-3 at Wembley in 1953. Months later, they defeated the English by a convincing 7-1 in Budapest in 1954, the worst defeat in the history of the English team.

József Braun was a Hungarian Olympic footballer who played as a half back. Braun began his career in Hungary before finishing it in the American Soccer League. He earned 27 caps, scoring 11 goals, with the Hungarian national team. After retiring from playing, he coached for several years. Braun was killed in 1943 in a Nazi forced labor camp.

Árpád Weisz was a Hungarian Olympic football player and manager. Weisz was Jewish, and was killed with his wife and children by the Nazis during the Holocaust in World War II at Auschwitz.

Vilmos Kertész was a Hungarian international Olympian footballer. He played alongside his two brothers, Gyula and Adolf.

Gyula Kertész was a Hungarian international footballer who played the forward position alongside his two brothers, Vilmos and Adolf. Kertész was born in Kálnica in what was then Hungary, and was Jewish.

Adolf Kertész was a Hungarian footballer who played as a half back at both the professional level for MTK Budapest and the international level for the Hungary national football team. He was Jewish.

Béla Sebestyén was a Hungarian international footballer who played as a winger. Sebestyén was Jewish. He played club football for MTK. He also represented his country at international level, earning 24 caps between 1906 and 1912, and appearing at the 1912 Summer Olympics. He later coached MTK. 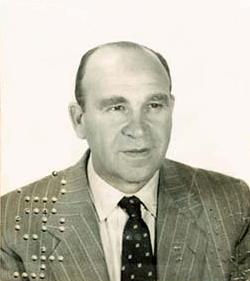 Béla Guttmann was a Hungarian footballer and coach. He was born in Budapest, Austria-Hungary, and was Jewish. He was deported by the Nazis to a Nazi slave labor camp where he was tortured; he survived the Holocaust.

Lajos Fischer was a Hungarian footballer who played for VAC and Hakoah Vienna, and made appearances for the Hungarian national team.

Budapest Honvéd Football Club is a professional football club based in Budapest, Hungary.

Henrik Nádler was a Hungarian international footballer who played as a left midfielder. He was a seven-time Hungarian champion while playing for MTK Budapest.

Max Scheuer was an Austrian footballer who played the defender position. He played for the Austrian national football team in the 1923 season. In the 1920s he played for and captained Hakoah Vienna. He was killed in the Auschwitz concentration camp.