Hèctor Parra i Esteve is a Spanish composer.

Born in Barcelona (Catalonia) in 1976, Parra studied in the Conservatoire of Barcelona, where he was awarded Prizes with Distinction in Composition, Piano and Harmony. He has studied composition with David Padros, Brian Ferneyhough and Jonathan Harvey, as well as with Michael Jarrell at the Haute École de Musique in Geneva.

In 2007 he was awarded the Earplay Donald Aird Memorial International Composition Prize of San Francisco (USA). In 2005 he was unanimously awarded the Tremplin Prize given by the Ensemble Intercontemporain and was finalist in the International Gaudeamus Competition. In 2002 he won the INAEM Prize for Musical Composition (The National Institute for Performing Arts and Music of Spain). Tritó (Barcelona) publishes his music. [2] Currently, he is Professor of Electro-Acoustic Composition at the Conservatoire of Zaragoza, invited professor at the Conservatoire of the Barcelona Opera House (El Liceu) and composer in research at IRCAM in Paris.

Unsuk Chin is a South Korean composer of classical music, who is based in Berlin, Germany. Chin began her journey with music at a fairly young age, as she taught herself how to play the piano and music theory. She was awarded the Grawemeyer Award in 2004, the Arnold Schönberg Prize in 2005, the Music Composition Prize of the Prince Pierre Foundation in 2010, the Ho-Am Prize in the Arts in 2012, the Wihuri Sibelius Prize in 2017, the Marie-Josée Kravis Prize for New Music of the New York Philharmonic in 2018, and the Bach Prize in 2019. 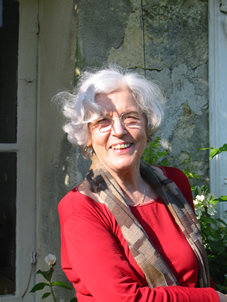 Betsy Jolas is a Franco-American composer.

Joshua Fineberg is an American composer of contemporary classical music.

Ensemble intercontemporain is a Paris-based, world-renowned ensemble of 31 full-time musicians dedicated to performing and promoting contemporary chamber music. It was founded by Pierre Boulez in 1972 for this purpose, the first permanent organization of its type in the world. Since then the Ensemble has toured extensively both in France and abroad, appearing especially at international festivals. Beyond performing they also have teaching and other outreach activities to support young musicians, composers and conductors. 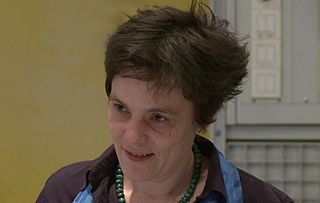 Georgia Spiropoulos is a composer, who studied piano, harmony, counterpoint and fugue in Athens. At the same time, she studied jazz piano and worked as an instrumentalist and arranger of Hellenic traditional music of oral transmission for ten years. 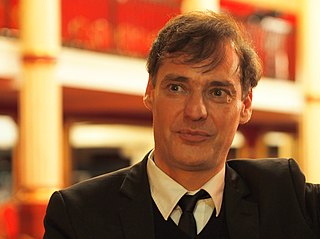 Régis Campo, born in Marseille in 1968, is a French composer.

Christophe Bertrand was a French composer of contemporary classical music.

Alberto Posadas, is a Spanish composer.

Javier Jacinto is a Spanish composer.

Francesco Filidei is an Italian concert organist and composer. A student of Salvatore Sciarrino, he has performed internationally. As a composer, he has collaborated with singer-songwriter Claire Diterzi and written operas premiered in Porto and Paris. His music has been performed by notable contemporary music ensembles.

Philipp Maintz is a German composer.

Oscar Bianchi is a Gaudeamus Laureate composer of Italian and Swiss citizenships. He is a recipient of several international prizes and honors. He is noted for his large scale works, in particular his cantata Matra for six voices and large ensemble and his opera Thanks to My Eyes.

Luis Fernando Rizo-Salom was a Colombian composer of contemporary classical music who lived and worked in Paris since 1999. He was also a high performance athlete, member of the French Hang Gliding Team.

Carlos Grätzer is an Argentine composer born in Buenos Aires, Argentina, in 1956.

Raphaël Cendo is a French composer of contemporary classical music.