Last updated January 10, 2020
Not to be confused with Hélène Bouchez.

Hélène Boucher (23 May 1908 - 30 November 1934) was a well-known French pilot in the early 1930s, when she set several women's world speed records, including one which was also a world record for either sex. She was killed in an accident in 1934.

Hélène Boucher was the daughter of a Parisian architect; after an ordinary schooling she experienced flight at Orly and then became the first pupil at the flying school run by Henri Fabos at Mont-de-Marsan. She rapidly obtained her brevet (no. 182) aged 23, bought a de Havilland Gypsy Moth and learned to navigate and perform aerobatics. Her great ability was recognised by Michel Detroyat who advised her to focus on aerobatics, his own speciality. [1] Their performances drew in crowds to flight shows, for example at Villacoublay. [2] and her skills gained her public transport brevet in June 1932. After attending a few aviation meetings, she sold the Moth and bought an Avro Avian, planning a flight to the Far East; in the event she got as far as Damascus and returned via North Africa, limited by financial difficulties. [3]

In 1933 she flew with Miss Jacob in the Angers 12-hour race in one of the lowest-powered machines there, a 45 kW (60 hp) Salmson-engined Mauboussin-Zodiac 17; completing 1,645 km (1,022 mi) at an average speed of 137 km/h (85 mph) and came 14th. They were the only female team competing and received the prize of 3,000 francs set aside for an all-women team as well as 3,000 francs for position. [4] The following year, on a contract with the Caudron company and in a faster Caudron Rafale she competed again, coming second. [5]

During 1933 and 1934 she set several world records for women, set out below; exceptionally, she held the international (male or female) record for speed over 1,000 km (621 mi) in 1934. Most of these records were flown in Renault-powered Caudron aircraft, and in June 1934 the Renault company also took her temporarily under contract in order to promote their new Viva Grand Sport.

On 30 November 1934 she died aged 26 flying a Caudron C.430 Rafale [6] near Versailles when the machine crashed into the woods of Guyancourt. [1] Posthumously, she was immediately made a knight of the Légion d'honneur and was the first woman to lie in state at Les Invalides, where her funeral obsequies were held. [1] [7] She is buried in Yermenonville cemetery. [1]

After her death several memorials of different kinds were set up. 1935 saw the first running of a competition for female pilots, the Boucher Cup. [11]

A brand new, art-deco styled, Girls High School (Lycée Hélène Boucher) built in 1935 in Paris (75 cours de Vincennes) was named after her as she was considered a model for future generations of "modernistic", forward thinking girls. Ecole Helene Boucher in Mantes-la-Jolie is named after her.

There is a stone in the Guyancourt woods where the crash happened, a tomb monument at Yermenonville, and various squares and street names remember her. [12]

The Fieseler F2 Tiger was a German single-seat aerobatic biplane which was flown to victory in the 1934 World Aerobatics Competition (WAC) by its designer/builder Gerhard Fieseler. 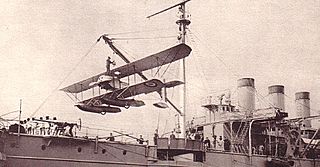 The Société des Avions Caudron was a French aircraft company founded in 1909 by brothers Gaston Caudron (1882-1915) and René Caudron (1884-1959). It was one of the earliest aircraft manufacturers in France and produced planes for the military in both World War I and World War II. 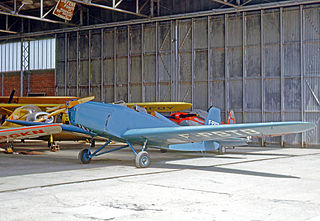 The Mauboussin M.120 was a trainer and touring aircraft built in France in the 1930s and again in the years following World War II.

The Caudron C.450 and C.460 were French racing aircraft built to participate in the Coupe Deutsch de la Meurthe race of 1934.

The Peyret-Mauboussin PM XI was a French high-wing touring aircraft of the early 1930s.

Commandant Maurice Albert Alfred Jean Arnoux was a French World War I flying ace credited with five aerial victories. He returned to flying fighter planes during the early days of World War II, but was killed in action in 1940.

The Michelin Cup refers to a number of competitions sponsored by the French tyre manufacturer Michelin for long distance flight made in aeroplanes.

The Caudron C.362 and the almost identical C.366 were single-seat racing aircraft built in 1933 by Caudron to compete in the Coupe Deutsch de la Meurthe competition.

The Caudron C.180 was an all-metal, three engine French ten seat passenger aircraft, flown about 1930. Only one was built.

The Caudron C.530 Rafale was a French two seat competition aircraft. Only seven were built but they had great success in several contests during 1934.

The Caudron C.430 Rafale was a fast, two seat French touring monoplane. Soon after its first flight in 1933 it set an international class speed record.

The Caudron C.27 was a French biplane, a two-seat basic trainer which also competed successfully in the 1920s.

The Caudron Types M and N were small, fast French sports monoplanes, flown 1911–13 under a wide range of engine powers. There was also a military version.

The Descamps 17 A.2 was a two-seat reconnaissance fighter built under a French government programme of 1923. Two versions, with different engines, were tested and six examples were built under licence by Caudron as the Caudron C.17 A.2. 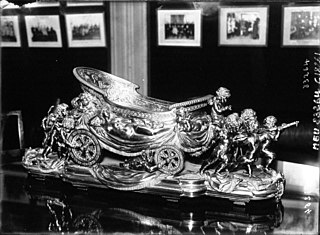 The SFCA Maillet 20 was a French three seat tourer built in 1935. The Armée de l'Air ordered 30 for training and liaison and several were raced. The aircraft was developed through 1935 via cockpit layout and canopy changes to the provision of retracting landing gear.

The Caudron C.580 was a French advanced trainer aircraft intended to prepare pilots for the new low wing monoplane fighters of the mid-1930s. It did not go into production and only two were built.

The Caudron C.860 was a single engine, single seat monoplane ordered by the French government as a long distance communications aircraft. First flown in 1938, it was also expected to set speed and altitude records but the outbreak of World War II ended developments.

Élisabeth Lion was a French aviator who broke world altitude records and long-distance flying records. She was one of the five women who were selected to train as French military pilots after World War II.

Régnier Motor Company was a French aircraft engine manufacturer founded by Émile Régnier in the 1920s.