Haim G. Ginott (originally Ginzburg; August 5, 1922 – November 4, 1973) was a school teacher, [1] a child psychologist and psychotherapist and a parent educator. He pioneered techniques for conversing with children that are still taught today. His book, Between Parent and Child, [1] stayed on the best seller list for over a year and is still popular today. This book sets out to give "specific advice derived from basic communication principles that will guide parents in living with children in mutual respect and dignity." [1]

Ginott was born in 1922 in Tel Aviv, Israel. [2] He had three brothers. After emigrating to the United States he graduated from Columbia University's Teachers College in 1948, and then earned his master's degree in 1949. [2] He then studied psychology at Columbia University, where he earned a doctorate in clinical psychology in 1952. [3]

Ginott's career began as an elementary school teacher in Israel in 1947. He was "resident psychologist on NBC's "Today Show. He wrote a weekly syndicated newspaper column called "Between Us," and lectured in Europe, Israel and in the U.S. He was adjunct professor of psychology at the New York University Graduate School, and he was a clinical professor in Adelphi University's postdoctoral program in psychotherapy. [2] He was a United Nations Educational, Scientific and Cultural Organization consultant to the Israeli ministry of education.

Ginott's approach to child-rearing and education was one in which the parent/educator strives to understand the feelings and mind of the student/child using respectful language of compassion and understanding. He asserted that children learned how their parents/teachers felt about them by how they spoke to them. [2] The following serve to illustrate Dr. Ginott's communications approach.

Adele Faber and Elaine Mazlish were members of a parenting group run by Dr. Ginott, and state in an introduction that Dr. Ginott's classes were the inspiration for the books they wrote. [4] [5]

Quotes from Between Parent and Teenager

Quotes from Teacher and Child

I have come to a frightening conclusion.

I am the decisive element in the classroom.
It is my personal approach that creates the climate.
It is my daily mood that makes the weather.
As a teacher I possess tremendous power to make a child's life miserable or joyous.
I can be a tool of torture or an instrument of inspiration.
I can humiliate or humor, hurt or heal.
In all situations, it is my response that decides whether a crisis
will be escalated or de-escalated, and a child humanized or de-humanized [7]

Ginott resided at 923 Fifth Avenue in New York City. He was survived by his widow, the former Dr. Alice Lasker, who was also a psychologist and co-author of with her husband of "Between Husband and Wife." They had two daughters, Mimi and Mrs. Roz Frumess. [2]

Ginott died at Beekman Downtown Hospital on November 4, 1973. He was buried in Israel at Kibbutz Sha'ar HaGolan in the Jordan Valley. [2]

Parenting or child rearing is the process of promoting and supporting the physical, emotional, social, and intellectual development of a child from infancy to adulthood. Parenting refers to the intricacies of raising a child and not exclusively for a biological relationship. 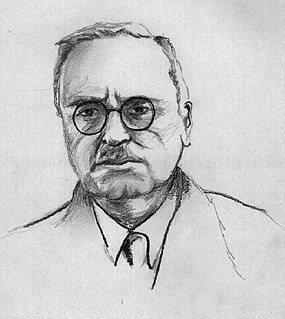 A sibling is a gender neutral word for a relative that shares at least one parent with the subject. A male sibling is a brother and a female sibling is a sister. In most societies throughout the world, siblings often grow up together, thereby facilitating the development of strong emotional bonds. Sometimes, they may grow up apart in foster care. The emotional bond between siblings is often complicated and is influenced by factors such as parental treatment, birth order, personality, and personal experiences outside the family.

Love bombing is an attempt to influence a person by demonstrations of attention and affection. It can be used in different ways and for either positive or negative purposes. Psychologists have identified love bombing as a possible part of a cycle of abuse and have warned against it. Critics of cults use the phrase with the implication that the "love" is feigned and that the practice is psychological manipulation in order to create a feeling of unity within the group against a society perceived as hostile. In 2011 clinical psychologist Oliver James advocated love bombing in his book Love Bombing: Reset Your Child's Emotional Thermostat, as a means for parents to rectify emotional problems in their children.

Child discipline is the methods used to prevent future behavioral problems in children. The word discipline is defined as imparting knowledge and skill, in other words, to teach. In its most general sense, discipline refers to systematic instruction given to a disciple. To discipline means to instruct a person to follow a particular code of conduct.

I'm OK – You're OK is a 1967 self-help book by Thomas Anthony Harris. It is a practical guide to transactional analysis as a method for solving problems in life.

Sylvia Barkan Rimm is an American psychologist specializing in parenting, child development and learning. She has written books on raising gifted children, success for girls, and communication skills.

Walter Mischel was an Austrian-born American psychologist specializing in personality theory and social psychology. He was the Robert Johnston Niven Professor of Humane Letters in the Department of Psychology at Columbia University. A Review of General Psychology survey, published in 2002, ranked Mischel as the 25th most cited psychologist of the 20th century.

Madeline Levine, Ph.D. is a psychologist with close to 40 years of experience as a clinician, consultant, educator and author. Her New York Times bestseller, The Price of Privilege, explores the reasons why teenagers from affluent families are experiencing epidemic rates of emotional problems. Her follow up book, Teach Your Children Well, also a New York Times bestseller, tackles our current narrow definition of success – how it unnecessarily stresses academically talented kids and marginalizes many more whose talents and interests are less amenable to measurement. Her current book, Ready or Not, focuses on how to best prepare our children and ourselves for an uncertain and rapidly changing world. Her books have been translated into multiple languages.

Media Rodzina is a publishing house in Poznań, Poland, started by Robert Gamble and Bronisław Kledzik in 1992. Their first published title was Jak mówić, żeby dzieci nas słuchały. Jak słuchać, żeby dzieci do nas mówiły, a translation of How to Talk So Kids Will Listen & Listen So Kids Will Talk by Adele Faber and Elaine Mazlish.

Richard Weissbourd is an American child and family psychologist on the faculty of Harvard's Graduate School of Education, where he operates the Human Development and Psychology Program, and Kennedy School of Government. His research focuses on children's moral development, on vulnerability and resilience in childhood, and on effective schools and services for children. His writings on these subjects have appeared in the New York Times, Forbes, SlateThe Boston Globe, and The New Republic. 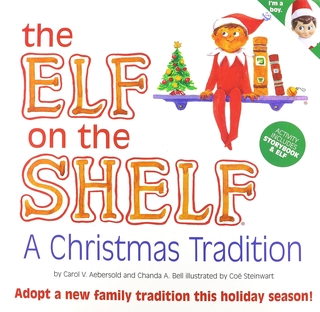 Adele Faber is an American author. She writes books about parenting and families and is an expert on communication between adults and children. She currently resides in Long Island, New York and is the parent of three children.

Elaine Mazlish was an American author, parent educator who wrote about helping parents and teachers to communicate better with children.

Sean Grover is a New York-based group psychotherapist, parenting thought leader, and author. He has contributed to national news outlets including the New York Times, Wall Street Journal, The Associated Press, The Economist, The Atlantic and The Chicago Tribune, as well as online, with sites including the Huffington Post, Lifehacker, PsychCentral and Mother Magazine. Grover’s international contributions include Baby Radio (Greece), Woman.com (Germany) and The Indian Express (India), among others.