Hajime Hana (ハナ肇, Hana Hajime; February 9, 1930 - September 10, 1993) was a Japanese actor. He was the leader of the comic jazz band The Crazy Cats, which featured such talent as Hitoshi Ueki and Kei Tani, and which starred in a series of film comedies (such as the "Irresponsible" (Musekinin) series at Toho) and in TV variety shows such as "Shabondama Holiday." [1] He won the award for best actor at the 31st Blue Ribbon Awards for Kaisha monogatari: Memories of You . [2] 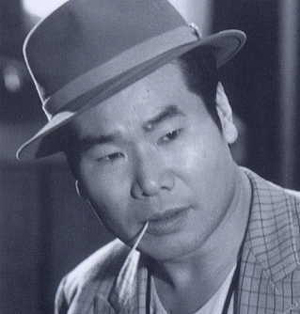 Kiyoshi Atsumi, born Yasuo Tadokoro, was a Japanese actor. He was born in Tokyo, and started his career in 1951 as a comedian at a strip-show theater in Asakusa. After two years of fighting pulmonary tuberculosis, he made his debut on TV in 1956 and on film in 1957. His vivid performance of a lovable, innocent man in the film “Dear Mr. Emperor” in 1963 established his reputation as an actor. 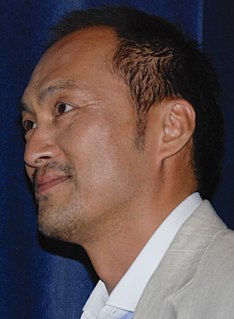 Ken Watanabe is a Japanese actor. To English-speaking audiences, he is known for playing tragic hero characters, such as General Tadamichi Kuribayashi in Letters from Iwo Jima and Lord Katsumoto Moritsugu in The Last Samurai, for which he was nominated for the Academy Award for Best Supporting Actor. Among other awards, he has won the Japan Academy Film Prize for Best Actor twice, in 2007 for Memories of Tomorrow and in 2010 for Shizumanu Taiyō. He is also known for his roles in Christopher Nolan's films Batman Begins and Inception, Memoirs of a Geisha and Pokémon Detective Pikachu. 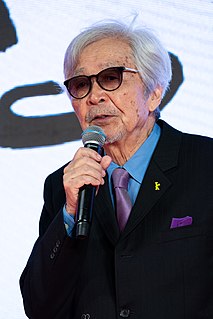 Hajime no Ippo is a Japanese boxing-themed manga series written and illustrated by George Morikawa. It has been serialized by Kodansha in Weekly Shōnen Magazine since October 1989 and collected into 130 tankōbon volumes as of March 2021. It follows the story of high school student Makunouchi Ippo, as he begins his career in boxing and over time obtains many titles and defeats various opponents.

Jun Matsumoto, often called by the portmanteau nickname MatsuJun (松潤), is a Japanese actor, singer. He is best known to Japanese television drama audiences for his portrayal as Dōmyōuji Tsukasa in the Hana Yori Dango series, in which he won GQ Japan's Man of the Year Award under the singer/actor category for his work in the drama.

Megumi Odaka, is a former Japanese idol, actress and singer. She is best known for the role of Miki Saegusa in six Godzilla films from 1989 to 1995. 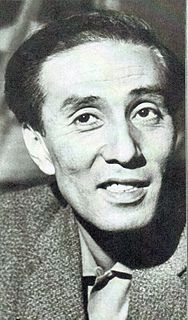 Minoru Chiaki was a Japanese actor who appeared in such films as Akira Kurosawa's Rashomon, Seven Samurai and The Hidden Fortress. He attended, but did not graduate from, Chuo University. Later in his career, he appeared as a secondary actor in many Toei films. In 1986, he was given the Best Actor prize at the Japan Academy Prize ceremony for his performance in Toei's Gray Sunset (1985). 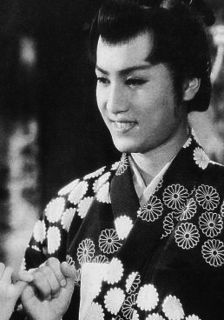 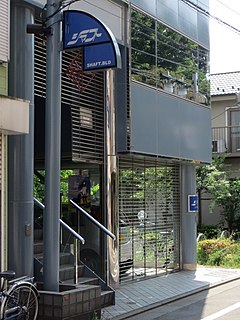 Shaft, also known as Studio Shaft, is a Japanese animation studio headquartered in Suginami, Tokyo, and founded in 1975. Since 2004, the studio's productions have been largely influenced by director Akiyuki Shinbo, whose visual style and avant-garde cinematography are featured in works including Hidamari Sketch (2007), Sayonara, Zetsubou-Sensei (2007), the Monogatari series (2009–2019), Puella Magi Madoka Magica (2011), Nisekoi (2014), and March Comes In like a Lion (2016).

Akiji Kobayashi, sometimes credited as Shōji Kobayashi or Issei Mori, was a Japanese actor. He attended Nihon University College of Art, but withdrew before completing his degree and joined the Haiyuza Theatre Company in 1949. He made his film debut with Satsujin Yogisha in 1952. 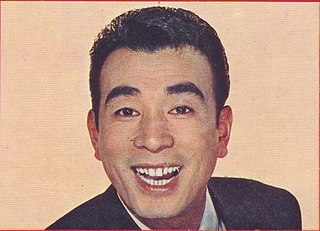 Hitoshi Ueki was a Japanese actor, comedian, singer, and guitarist. He won six awards for acting. His film credits stretch from 1960 to 1995.

Kaisha monogatari: Memories of You is a 1988 Japanese film directed by Jun Ichikawa.