Halifax Regional Council (French : Conseil régional d'Halifax) is the governing body of Halifax, known as the Halifax Regional Municipality (HRM). Halifax is governed by a mayor-council system, where councillors are elected from sixteen geographic districts though a first-past-the-post system and the mayor is elected via a municipality-wide first-past-the-post vote. Halifax Regional Council was formed in 1996 and consisted of twenty-three councillors and one mayor. It was reduced in size to sixteen councillors and the mayor in 2012. [1] The council meets at Halifax City Hall.

The powers and authority of Halifax are laid out in the Halifax Regional Municipality Charter (2008). [2] Halifax Regional Council has established standing committees, community councils and advisory committees to aid in policy development and decision making. [3] [4]

Standing committees are composed of councillors, and have responsibility over key functional areas of the municipality, such as transportation or the environment, and can propose, review, debate prior to forwarding reports to council with recommendations. [3] Community councils are composed of councillors and have purview over development, land use, park and community issues in their geographic area, as well as appointments to standing committees. [4] Advisory committees include councillors and citizens, and provide specific advice. [5]

There are two broad types of boards and commission to which HRM appoints Councillors and citizens. First, there are four boards of the regional municipality described by provincial statute that function as arms length boards delivering municipal services, or managing municipal assets. The second are external boards that have been established by other levels of government (Airport, Seaport, etc), are organizations that HRM is a voluntary member of (UNSM, etc) or via contract with HRM but are not subject to direct control by the municipality (Halifax Partnership, etc).

Office of the Mayor

The Office of the Mayor is located on the third floor of Halifax City Hall. [6] Staffing roles and hiring are directed by the Mayor with the support of the CAO. The current staff of the office consists of

The Council Support Office is located on the fourth floor of Halifax City Hall, [7] with one remote office in Musquodoboit Harbour that is staffed part time, and other unstaffed offices in municipal buildings in some districts. Staffing roles and hiring are the responsibility of the Manager Council Support under the office of the CAO. The current staff of the office consists of nine full time and two part time staff, including the manager.

An examination of boundaries took place throughout 2003/04 upon which there was a redistribution of districts. The 2004 municipal election saw the combination of two districts into one in Cole Harbour, as well as the creation of a new district in Clayton Park West. 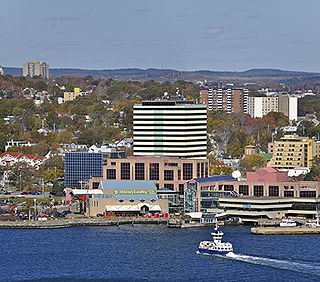 Michael John Savage is an Irish-born Canadian politician, who was elected Mayor of the Halifax Regional Municipality on October 20, 2012. He previously served as a Liberal Party of Canada Member of Parliament for the riding of Dartmouth—Cole Harbour from 2004 to 2011. 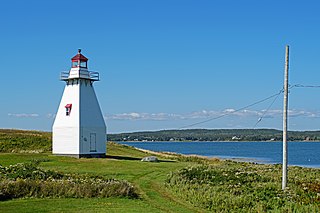 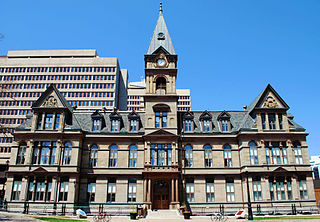 Halifax City Hall is the home of municipal government in Halifax, Nova Scotia, Canada. Designed by architect Edward Elliot, and constructed for the City of Halifax between 1887 and 1890, it is one of the oldest and largest public buildings in Nova Scotia. The property was designated a National Historic Site of Canada in 1997.

The Halifax Regional Municipality is governed by a mayor and a twenty-three person council, who are elected by geographic district; municipal elections occur every four years. HRM has established community councils where three or more councillors agree to form these councils to deal primarily with local development issues. Most community council decisions are subject to final approval by regional council. The incumbent Mayor of the Halifax Regional Municipality was Peter J. Kelly.

The amalgamation of four municipalities on April 1, 1996, was the creation of the Halifax Regional Municipality, Nova Scotia, Canada. It resulted in the regional municipality's current boundaries.

David Hendsbee is a Canadian politician. He represented the electoral district of Preston in the Nova Scotia House of Assembly from 1999 to 2003. He was a member of the Progressive Conservative Party of Nova Scotia. Today he sits on the Halifax Regional Council. 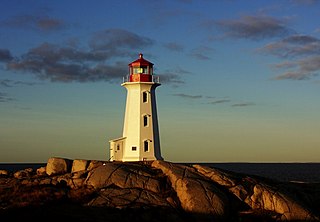 The 2020 Halifax municipal election was held on 17 October 2020 to elect councillors and a mayor to a four-year term on the Halifax Regional Council, the governing body of the Halifax Regional Municipality. Members of the Conseil scolaire acadien provincial were also elected. The election was held in conjunction with municipal elections across the province.

Municipal elections were held in the Canadian province of Nova Scotia on October 17, 2020. Here is a summary of the mayoral results in the largest municipalities in the province and the council results for Cape Breton and Kings County. Elections were also held for the Conseil scolaire acadien provincial school board. 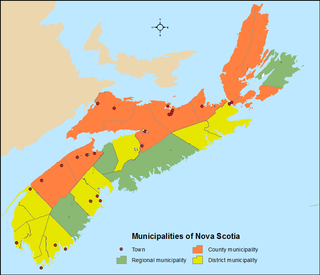