Malmö is the largest city of the Swedish county of Skåne County, the third-largest city in Sweden, after Stockholm and Gothenburg, and the sixth-largest city in Scandinavia, with a population of 312,012 inhabitants in 2017 out of a municipal total of 338,230. The Malmö Metropolitan Region is home to over 700,000 people, and the Øresund Region, which includes Malmö, is home to 4 million people.

Björk won the Best Actor at the 5th Guldbagge Awards for his performance in the Yngve Gamlin film Badarna (1968). [1] He died of lung cancer.

The 5th Guldbagge Awards ceremony, presented by the Swedish Film Institute, honored the best Swedish films of 1967 and 1968, and took place on 21 October 1968. Hugo and Josephine directed by Kjell Grede was presented with the award for Best Film.

Yngve Gamlin was a Swedish actor and film director. His 1965 film The Chasers was entered into the 16th Berlin International Film Festival where it won the Silver Bear Extraordinary Jury Prize.

The Chasers is a 1965 Swedish drama film directed by Yngve Gamlin. It was entered into the 16th Berlin International Film Festival where it won the Silver Bear Extraordinary Jury Prize.

Badarna is a 1968 Swedish drama film directed by Yngve Gamlin. Halvar Björk won the award for Best Actor at the 5th Guldbagge Awards.

Autumn Sonata is a 1978 Swedish drama film written and directed by Ingmar Bergman, and starring Ingrid Bergman, Liv Ullmann and Lena Nyman. It tells the story of a celebrated classical pianist who is confronted by her neglected daughter. All his films from this point, even those eventually shown in theatres, were television productions. It is generally well-regarded by critics.

Sven Vilhem Nykvist was a Swedish cinematographer. He worked on over 120 films, but is known especially for his work with director Ingmar Bergman. He won Academy Awards for his work on two Bergman films, Cries and Whispers in 1973 and Fanny and Alexander in 1983, and the Independent Spirit Award for Best Cinematography for The Unbearable Lightness of Being. 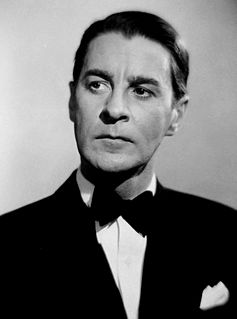 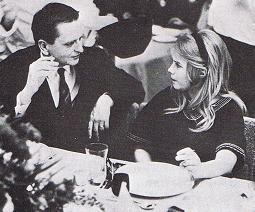 The 44th New York Film Critics Circle Awards honored the best filmmaking of 1978. The winners were announced on 20 December 1978 and the awards were given on 28 January 1979.

The 50th National Board of Review Awards were announced on December 19, 1978.

Göran Lindgren was a Swedish film producer. He produced 32 films between 1964 and 1975.

Åke Lindström was a Swedish actor and film director. He appeared in more than 40 films and television shows between 1950 and 2001.

For the Olof Palme murder witness and posthumous suspect, See "The Skandia Man".

Önskas is a 1991 Swedish comedy film directed by Lars Johansson. Rolf Lassgård was nominated for the award for Best Actor in a leading role at the 27th Guldbagge Awards.

Night of the Orangutan is a 1992 Swedish drama film directed by Kjell-Åke Andersson. Rolf Lassgård won the award for Best Actor at the 28th Guldbagge Awards. The film was also nominated for Best Film, Best Director and Best Screenplay.

The Pitfall is a 1989 Swedish drama film directed by Vilgot Sjöman. It was entered into the main competition at the 46th Venice International Film Festival.