Last updated April 24, 2021
Locality on the south-west coast of Western Australia, named after the nearby bay

It was also a small settlement and port in Western Australia on the coast of the Leeuwin-Naturaliste Ridge.

The jetty was established to service the timber milling operations of M. C. Davies, at the same time as utilising a jetty at Flinders Bay just south of Augusta. One of the Davies timber railways extended onto the Hamelin Bay Jetty, which was built in 1882 and extended in 1898. Only a few piles of the original jetty remain on site. [1]

The Cape to Cape Track runs across the beach to the west of the town making Hamelin Bay one of the few settlements located along the track. [2]

Although most of the adjacent land is now vested in the Leeuwin-Naturaliste National Park, small amounts of land nearby are freehold. In the 1950s the local camping area utilised the shells of a large number of decommissioned Perth Trams. None remain, and in addition to unpowered and powered camp sites there are now a small number of onsite cabins and a handful of chalets with modern facilities. A number of camp sites have been removed to accommodate these structures. A shop, and ablutions are located within the Camping Area.

Hamelin Bay was difficult to navigate due to reefs and rocks in the vicinity. [3]

Hamelin Bay was notorious for wrecks occurring during bad weather – its exposure to prevailing weather making it a dangerous location for anchoring or mooring. [4]

Some fishing boats continue to utilize the anchorage when prevailing weather is not a problem.

The Maritime Museum of Western Australia's database of wrecks [5] includes numerous vessels which foundered in or near Hamelin Bay. An anchor from one of the wrecks was retrieved and is now situated in the beach car park at Hamelin Bay.

Hamelin Bay and environs have been the site of a number of whale strandings, some of which are listed below:

Attempts to save the mammals have usually failed.

In addition to concerns for the animals themselves, the strandings are considered to increase the risk of shark attack, due to the attraction of the dead whales. [9] 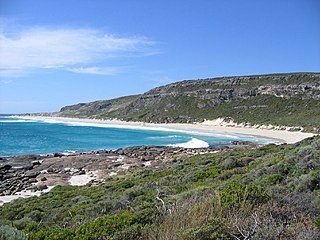 King George Sound is the name of a sound on the south coast of Western Australia. Originally named King George the Third's Sound, it was referred to as King George's Sound from 1805. The name "King George Sound" gradually came into use from about 1934, prompted by new Admiralty charts supporting the intention to eliminate the possessive 's' from geographical names. 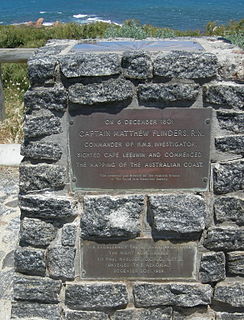 Flinders Bay is a bay and locality that is immediately south of the townsite of Augusta, and close to the mouth of the Blackwood River.

Geographe Bay is in the south-west of Western Australia around 220 km southwest of Perth.

Baron Jacques Félix Emmanuel Hamelin was a rear admiral of the French navy and later a Baron. He commanded numerous naval expeditions and battles with the Royal Navy as well as exploratory voyages in the Indian Ocean and the South Seas.

Cape Freycinet is a point on the coast between Cape Leeuwin and Cape Naturaliste in the south west of Western Australia.

Over 1400 ships have been wrecked on the coast of Western Australia. This relatively large number of shipwrecks is due to a number of factors, including: 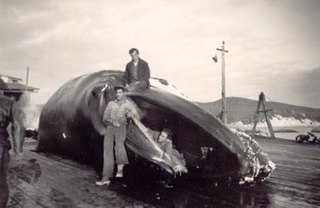 Whaling was one of the first viable industries established in the Swan River Colony following the 1829 arrival of British settlers to Western Australia. The industry had numerous ups and downs until the last whaling station closed in Albany in 1978.

The Baudin expedition of 1800 to 1803 was a French expedition to map the coast of New Holland. Nicolas Baudin was selected as leader in October 1800. The expedition started with two ships, Géographe, captained by Baudin, and Naturaliste captained by Jacques Hamelin, and was accompanied by nine zoologists and botanists, including Jean-Baptiste Leschenault de la Tour, François Péron and Charles-Alexandre Lesueur as well as the geographer Pierre Faure. 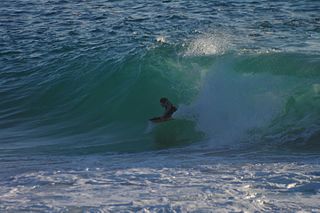 Cape Hamelin is a headland seven kilometres south of Hamelin Bay in the capes region of south western Western Australia. 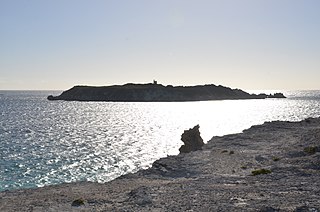 Hamelin Island lies north of Cape Hamelin, just out to sea from the former Hamelin Bay Jetty, on Hamelin Bay, on the south west coast of Western Australia, about 7 km north of Cape Leeuwin.