Sourian was a strong favorite to win the gold medal at 55 kg in the 2008 Beijing Olympics, but was upset in the quarterfinals by eventual gold medalist Nazyr Mankiev of Russia. Sourian was defeated in the bronze medal match by South Korea's Park Eun-Chul, Sourian had beaten Park in two different world championship finals prior to this Bronze medal match. In both his losses, he lost on tie-breaker criteria. [3]

On 5 August 2012, he won his country's first ever gold medal in Greco-Roman wrestling, defeating Azerbaijan's Rovshan Bayramov in the 55 kg final. [4] [5]

After failing to qualify for the World Championship games and Continental Qualifier On 3 May 2016 Sourian entered the second of the two worldwide qualification tournaments for the 2016 Summer Olympics in Turkey after failing to overcome Ivo Angelov from Bulgaria in Mongolia.

On May 5, Aleksandr Karelin posted a photo of Sourian on his Instagram page, wishing him success by writing: "You are the best and I wish you the best in the last 2016 Olympic Qualification Tournament. Believe you can and you will." [6]

On May 7, Sourian finished first in the tournament and secured his ticket for Rio. [7]

On the 14th of August, he was defeated by Shinobu Ota from Japan in the round of 32. Although leading by 4-0 in the first half of the bout, his energy quickly depleted in the second half and he was defeated by 5-6 in the end. His next match was against Almat Kebispayev from Kazakistan in the repechage round. Again he was comfortably in the lead by 7-0 in the first half and then only needed one point for victory in the second, but his energy levels dropped towards the end and he lost the bout. This was his last appearance in Rio and his tournament was brought to a surprising end. [8]

Armen Nazaryan is an Armenian Greco-Roman wrestler who later represented Bulgaria. Nazaryan is a two-time Olympic Champion, a three-time World Champion, and a six-time European Champion. After Armenia regained independence in 1991, Nazaryan became the first Olympic gold medalist for the country. He was recognized by the FILA as the best wrestler of the year in 1998 and 2003. In 2007, Nazaryan was inducted as a member of the FILA Hall of Fame.

Rovshan Bayramov is an Azerbaijani wrestler. He is a European and world champion in Greco-Roman wrestling. Moreover, he is a two-time Olympic silver medalist. 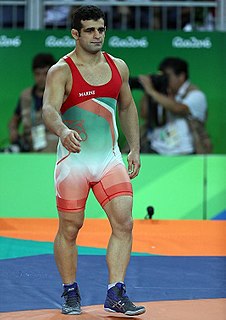 Ghasem Rezaei is an Iranian former Greco-Roman wrestler. He was an Olympic gold and bronze medalist and two-time Asian Champion. His nicknam is Tiger of Amol. 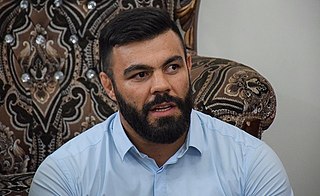 Kim Hyeon-Woo is a male wrestler from South Korea. In the 2012 Summer Olympics, Kim won the gold medal in the 66 kg Greco-Roman wrestling final. 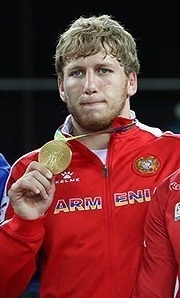 Artur Aleksanyan is an Armenian Greco-Roman wrestler. He is an Olympic Champion (2016) and bronze medalist (2012), a three-time World Champion, and a five-time European Champion. Aleksanyan is the second Olympic gold medalist of Armenia since regaining independence in 1991 and is the most decorated Olympian of independent Armenia as well. He has been nicknamed the "Polar Bear" and is one of the most renowned Armenian athletes of the 21st century.

Marek Švec is an amateur Greco-Roman wrestler from the Czech Republic. He is a three-time Olympian, and also, a multiple-time medalist at both the World and European Championships. He also won the bronze medal at the 2008 Summer Olympics. 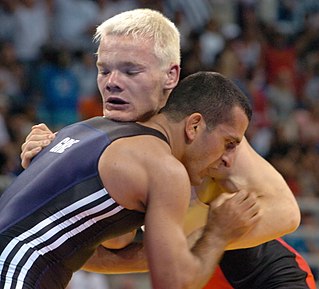 Håkan Erik Nyblom is a retired Greco-Roman wrestler. He and his twin brother Anders were born in Finland, but competed throughout their careers for Denmark in the 55 kg featherweight division - Håkan qualified for the 2004 and 2012 Olympics, where he placed eighth and fifth, respectively, while Anders finished 11th in 2008. In 2009 Håkan won a bronze medal at the world championships, after losing to Hamid Sourian in the semifinal. 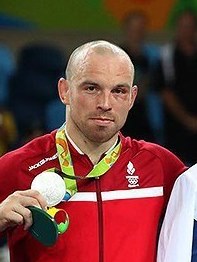 Aliaksandr Fiodaravich Kikiniov is an amateur Belarusian Greco-Roman wrestler, who competes in the men's middleweight category. He won the bronze medal at the 2009 World Wrestling Championships in Herning, Denmark, defeating Germany's Konstantin Schneider. He is also a three-time medalist at the European Championships.

Venelin Venkov is an amateur Bulgarian Greco-Roman wrestler, who played for the men's featherweight category. He won a silver medal for his division at the 2006 European Wrestling Championships in Moscow, Russia, losing out to Armenia's Roman Amoyan. He is also a member of Slavia Litex Wrestling Club in Sofia, and is coached and trained by Bratan Tzenov.

Ernesto Peña Williams is a retired amateur Cuban Greco-Roman wrestler, who competed in the men's heavyweight category. He won the gold medal in the 96-kg division at the 2003 Pan American Games in Santo Domingo, Dominican Republic, and was later selected to the Cuban team for the 2004 Summer Olympics in Athens. Throughout his sporting career, Pena trained for the wrestling team at Cerro Pelado Sports Club in Havana, under his personal coach and mentor Carlos Ulacia.

Parviz Zeidvand is a retired amateur Iranian Greco-Roman wrestler, who competed in the men's welterweight category. He won two gold medals at the Asian Championships, picked up a bronze in the 74-kg division at the 2002 Asian Games in Busan, South Korea, and represented Iran in two editions of the Olympic Games. Throughout his sporting career, Zeidvand trained full-time for Rahahan Wrestling Club under his coach and mentor Gholamreza Ghetassi.

Dariusz Jabłoński is a retired amateur Polish Greco-Roman wrestler, who competed in the men's featherweight category. Considering one of the world's top Greco-Roman wrestlers in his decade, Jablonski has yielded a remarkable tally of five career medals, including his prestigious gold from the 2003 World Wrestling Championships, and later represented as part of the Polish team in three editions of the Olympic Games. Throughout his sporting career, Jablonski trained for Cement Gryf Wrestling Club in Chełm, under his personal coaches Krzysztof Grabczuk and 1988 Olympic silver medalist Andrzej Głąb.

Ercan Yıldız is a retired amateur Turkish Greco-Roman wrestler, who competed in the men's featherweight category. Considered one of Turkey's most prominent wrestlers of his decade, Yildiz has produced a full set of three career medals in different color, including his prestigious gold from the 1997 World Wrestling Championships, and later represented as part of the Turkish team in two editions of the Olympic Games. Before his sporting career ended shortly after the 2004 Summer Olympics, Yildiz trained as a member of the wrestling squad for the Istanbul Metropolitan Sports Club, under his longtime coach Gazi Özbilgin.

Iran competed at the 2016 Summer Olympics in Rio de Janeiro, from 5 to 21 August 2016. Since the nation's debut in 1948, Iranian athletes had attended in every Summer Olympic Games of the modern era, with the exception of the 1980 and 1984 Summer Olympics.

Bakhtiyar Bagasharovich Baiseitov is a Kazakh former amateur Greco-Roman wrestler, who competed in the men's middleweight category. Baiseitov wrestled for the Kazakh squad in two editions of the Summer Olympics, finishing eleventh in Atlanta and tenth in Sydney, respectively. Outside the Games, Baiseitov produced a career tally of six medals in a major international competition, including his middleweight titles that he received each at the World Championships and at the Asian Games in 1998. Baiseitov trained throughout his wrestling career for Professional Sport Club Daulet in Almaty under his personal coach and 1988 silver medalist Daulet Turlykhanov of the former Soviet Union.