The Hamilton Canal (also commonly known as the Dutch Canal) is a 14.5 km (9.0 mi) canal connecting Puttalam to Colombo, passing through Negombo in Sri Lanka. The canal was constructed by the British in 1802 and completed in 1804. It was designed to drain salt water out of the Muthurajawela wetlands. The canal was named after Gavin Hamilton, the Government Agent of Revenue and Commerce.

The first mention of the canals along the western seaboard of Sri Lanka was in the 8th century, when the Persian geographer, Abu Zayd al-Balkhi reported a voyage lasting weeks along the 'Gobbs of Serendib', the Arabian term for the linked lagoons along the coast. [1] [2]

Six centuries later the King of Kotte, Veera Parakramabahu VIII (1477–1496), had a network of canals constructed connecting outlying villages with Colombo and Negombo Lagoon [3] so that produce such as arecanuts, cloves, cardamom, pepper and cinnamon, could be more easily transported to the kingdom’s main seaport at Negombo. [4]

In 1613 a Portuguese missionary, Father Manoel Barradas, describes how "Near Columbo the Fathers embarked on a canal by which they entered into the River Calane [Kelani Ganga], and going down the river they proceeded into another canal as narrow as shady, so that the oars, although they were very short, could scarcely fulfil their office". "By this they went as far as Negumbo, which is six Chingala leagues." [5] In the 17th century the Portuguese constructed a canal from Hendala to Pamunugama.

The Dutch established the centre of their colony at Colombo. They then attempted to grow paddy rice in the surrounding marshes in Muthurajawela, but found that—as the previous Sinhalese kings had before them—the coastal tides inundated the fields with sea water. Around the 18th century, the Dutch commenced the construction of a series of structures, dams and canals using and enhancing the original system of waterways in an attempt to drain the salt water from the rice fields and to transport cinnamon in barges through to the seaport at Negombo. [4] This system, known as the 'Dutch Canal', formed a "continuous line of waterways between ports and the remote sections of territory under the Dutch". [1]

In 1796 the British took control of the island and in 1802 a new Colombo-Negombo canal was built, conceived by George Atkinson, the Colonial Surveyor General and supported by Gavin Hamilton (1494–1803), the Government Agent of Revenue and Commerce. [6] The Hamilton Canal, as it became known, ran parallel and west of the old Dutch Canal, closer to the sea, from the mouth of the Kelani Ganga at Hekitta to the southern edge of the Negombo Lagoon at Pamunugama, a distance of 14.5 km. Hamilton had accompanied Frederick North (first British Governor of Ceylon 1798–1805) to Ceylon in 1798, where he became the private secretary to Hugh Cleghorn, Colonial Secretary of Ceylon. [7] He subsequently became the private secretary to Governor North. In April 1799 Hamilton was appointed Acting Civil Paymaster and in 1802 the Deputy Paymaster General. [8] He succeeded Joseph Greenhill as Agent of Revenue and Commerce for the District of Colombo. [7] Hamilton died in February 1803 [7] [9] prior to the completion of the canal in 1804. [6] After his death he was found to have embezzled £19,675. [10]

The canal was designed to connect the original Dutch canal by a series of parallel waterways in order to drain the already damaged Muthurajawela but created the opposite effect, as the coastal tides brought increasing salinity not only from Negombo Lagoon but also the Kelani Ganga. [11] [12]

In 2012 the Sri Lanka Land Reclamation and Development Corporation commenced work rehabilitating and restoring the canal. The first stage was a 9 kilometres (5.6 mi) stretch between Maha Oya and Negombo. [4] [13] The second phase of the works between the Kelani Ganga and Negombo commenced on 20 February 2013. [14] The first 2.5 kilometres (1.6 mi) section, between the Hekiththa junction and Pinwatta was completed on 2 August 2013 at a cost of Rs. 400 million with financial assistance from the Japanese Bank for International Cooperation. [15]

Burgher people, also known simply as Burghers, are a small Eurasian ethnic group in Sri Lanka descended from Portuguese, Dutch, British and other European men who settled in Ceylon and developed relationships with native Sri Lankan women. The Portuguese and Dutch had held some of the maritime provinces of the island for centuries before the advent of the British Empire. With the establishment of Ceylon as a crown colony at the end of the 18th century, most of those who retained close ties with the Netherlands departed. However, a significant community of Burghers remained and largely adopted the English language. During British rule they occupied a highly important place in Sri Lankan social and economic life. 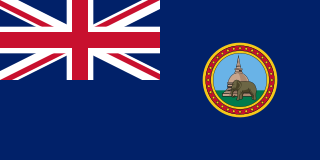 Ceylon was the British Crown colony of present-day Sri Lanka between 1796 and 4 of February 1948. Initially the area it covered did not include the Kingdom of Kandy, which was a protectorate, but from 1817 to 1948 the British possessions included the whole island of Ceylon, now the nation of Sri Lanka.

Cricket is the most popular sport in Sri Lanka. Sri Lanka is one of the twelve nations that take part in test cricket and one of the six nations that has won a cricket world cup. Cricket is played at professional, semi-professional and recreational levels in the country and international cricket matches are watched with interest by a large proportion of the population.

M. J. S. Wijeyaratne is a Sri Lankan academic. He was the Vice-Chancellor of University of Kelaniya and Professor of Zoology. 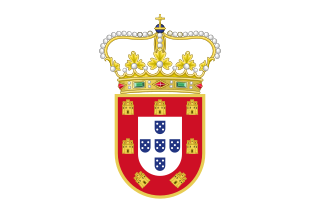 Portuguese Ceylon is the name given to the territory on Ceylon, modern-day Sri-Lanka, controlled by the Portuguese Empire between 1597 and 1658. 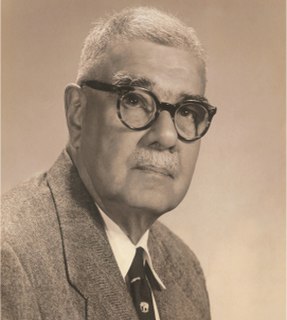 James Aubrey Martensz was a Ceylonese lawyer and politician.

Negombo Fort was a small but important fort in Negombo, approx. 30 km (19 mi) north of Colombo, that was built by the Portuguese to defend Colombo.

The Colombo Marathon, officially known as the LSR Colombo Marathon and formerly known as the LSR International Marathon, is a marathon held annually since 1998 in Colombo, capital city of Sri Lanka. It is a permanent member of Association of International Marathons and Distance Races (AIMS). It also has voting rights in AIMS, which makes it one of 56 races out of 110 worldwide with that right.

The 2018–19 Premier League Tournament was the 31st season of first-class cricket in Sri Lanka's Premier Trophy. The tournament started on 30 November 2018 and concluded on 10 February 2019. Fourteen teams took part in Tier A of the competition, split into two groups of seven. Bloomfield Cricket and Athletic Club finished in last place in the previous tournament, and were relegated to Tier B for this season. Negombo Cricket Club replaced them for this years' competition after they won the 2017–18 Premier League Tournament Tier B title. Chilaw Marians Cricket Club were the defending champions.

Bolgoda Lake or Bolgoda River is a freshwater lake in the Western Province of Sri Lanka, straddling the border between Colombo District and Kalutara District. It consists of two main bodies of water, a Northern portion and a Southern portion, connected by a waterway called Bolgoda River. The lake drains into the sea at the estuary in Panadura.