Hendrik Anthony "Hans" Kramers (2 February 1894 – 24 April 1952) was a Dutch physicist who worked with Niels Bohr to understand how electromagnetic waves interact with matter and made important contributions to quantum mechanics and statistical physics.

Hans Kramers was born in Rotterdam. [1] the son of Hendrik Kramers, a physician, and Jeanne Susanne Breukelman.

In 1912 Hans finished secondary education (HBS) in Rotterdam, and studied mathematics and physics at the University of Leiden, where he obtained a master's degree in 1916. Kramers wanted to obtain foreign experience during his doctoral research, but his first choice of supervisor, Max Born in Göttingen, was not reachable because of the first world war. Because Denmark was neutral in this war, as was the Netherlands, he travelled (by ship, overland was impossible) to Copenhagen, where he visited unannounced the then still relatively unknown Niels Bohr. Bohr took him on as a Ph.D. candidate and Kramers prepared his dissertation under Bohr's direction. Although Kramers did most of his doctoral research (on intensities of atomic transitions) in Copenhagen, he obtained his formal Ph.D. under Ehrenfest in Leiden, on 8 May 1919. [2]

Kramers greatly enjoyed music and could play the cello and the piano.

He worked for almost ten years in Bohr's group, becoming an associate professor at the University of Copenhagen. He played a role in the ill-fated BKS theory of 1924-5 BKS theory. Kramers left Denmark in 1926 and returned to the Netherlands. He became a full professor in theoretical physics at Utrecht University, where he supervised Tjalling Koopmans. In 1934 he left Utrecht and succeeded Paul Ehrenfest in Leiden. From 1931 until his death he held also a cross appointment at Delft University of Technology.

Kramers was one of the founders of the Mathematisch Centrum in Amsterdam.

In 1925, with Werner Heisenberg he developed the Kramers–Heisenberg dispersion formula. He is also credited [3] with introducing in 1948 [4] the concept of renormalization into quantum field theory, although his approach was nonrelativistic. [3] He is also credited for the Kramers–Kronig relations with Ralph Kronig which are mathematical equations relating real and imaginary parts of complex functions constrained by causality. One further refers to a Kramers turnover when the rate of thermally activated barrier crossing as a function of the damping goes through a maximum, thereby undergoing a transition between the energy diffusion and spatial diffusion regimes.

On 25 October 1920 he was married to Anna Petersen. They had three daughters and one son. 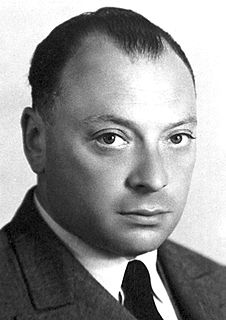 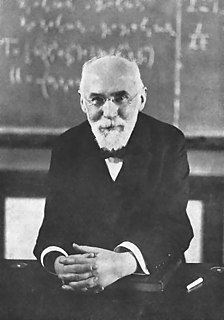 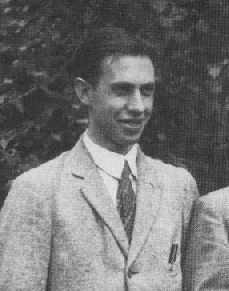 In physics, complementarity is a conceptual aspect of quantum mechanics that Niels Bohr regarded as an essential feature of the theory. The complementarity principle holds that objects have certain pairs of complementary properties which cannot all be observed or measured simultaneously. An example of such a pair is position and momentum. Bohr considered one of the foundational truths of quantum mechanics to be the fact that setting up an experiment to measure one quantity of a pair, for instance the position of an electron, excludes the possibility of measuring the other, yet understanding both experiments is necessary to characterize the object under study. In Bohr's view, the behavior of atomic and subatomic objects cannot be separated from the measuring instruments that create the context in which the measured objects behave. Consequently, there is no "single picture" that unifies the results obtained in these different experimental contexts, and only the "totality of the phenomena" together can provide a completely informative description. 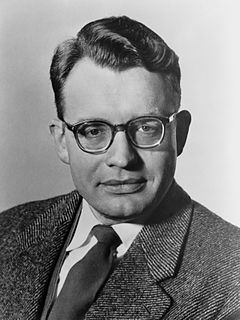 Hendrik Brugt Gerhard Casimir ForMemRS was a Dutch physicist best known for his research on the two-fluid model of superconductors in 1934 and the Casimir effect in 1948. 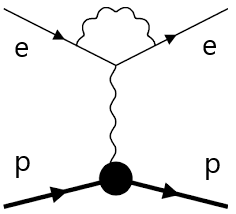 Dirk Coster, was a Dutch physicist. He was a Professor of Physics and Meteorology at the University of Groningen. 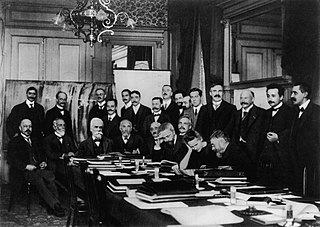 The Solvay Conferences have been devoted to outstanding preeminent open problems in both physics and chemistry. They began with the historic invitation-only 1911 Solvay Conference on Physics, considered a turning point in the world of physics, and continue to the present day. 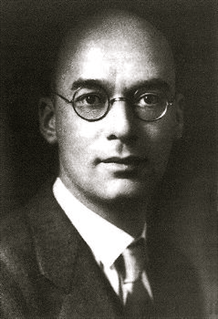 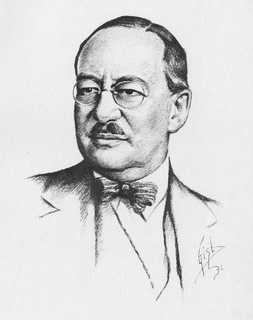 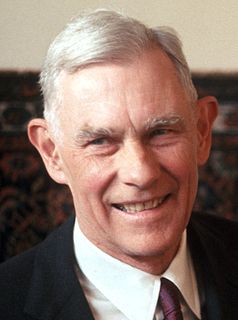 The Bohr–Kramers–Slater theory was perhaps the final attempt at understanding the interaction of matter and electromagnetic radiation on the basis of the so-called old quantum theory, in which quantum phenomena are treated by imposing quantum restrictions on classically describable behaviour. It was advanced in 1924, and sticks to a classical wave description of the electromagnetic field. It was perhaps more a research program than a full physical theory, the ideas that are developed not being worked out in a quantitative way.

Hendrika Johanna van Leeuwen was a Dutch physicist known for her early contributions to the theory of magnetism. She studied at Leiden University under the guidance of Hendrik Antoon Lorentz, obtaining her doctorate in 1919. Her thesis explained why magnetism is an essentially quantum mechanical effect, a result now referred to as the Bohr–van Leeuwen theorem. She continued to investigate magnetic materials at the "Technische Hogeschool Delft", first as "assistant" between September 1920 and April 1947, and then she was promoted to "lector in de theoretische en toegepaste natuurkunde".