The Happy Monday System (ハッピーマンデー制度, Happī Mandē Seido) is a set of modifications to Japanese law in 1998 [1] and 2001 [2] to move a number of public holidays in Japan to Mondays, creating three-day weekends for those with five-day work weeks. It is the Japanese equivalent of the 1969 Uniform Monday Holiday Act in the United States.

Kohki Abe is a Japanese human rights professor and activist. He is dean of the law school at Kanagawa University in Japan.

National Route 345 is a national highway of Japan connecting Chūō-ku, Niigata and Yuza, Yamagata in Japan, with a total length of 212.0 kilometers (131.7 mi).

Smoking in Japan, though historically less restricted by law than in many other nations, has significantly changed in recent years. Tobacco use has been in nearly constant decline since 1996 and the decline has been mainly accelerating in recent years.

The Japan–Manchukuo Protocol was signed on 15 September 1932, between Japan and the state of Manchukuo. The Treaty confirmed the recognition by Japan of the Manchukuo state, following the Japanese invasion of Manchuria in 1931, and the establishment of a Manchurian state on 1 March 1932. The treaty also defined a mutual defence agreement, allowing Japanese troops to station in Manchukuo, and thereby effectively occupy the country.

Kenichi Ara is a Japanese political commentator and researcher on modern history. Until the 1980s, he used the pen name Hideo Hatakenaka.

Shintarō Arakawa is a Japanese linguist who specializes in the study of the extinct Tangut language.

The Act on the Vitalization of Theaters and Halls, also known as the Theater Law, is a Japanese law passed in 2012 to promote theaters and other performance venues.

The Japan Act of Specified Commercial Transactions (特定商取引法) aims to protect consumers from harm and to ensure fairness in commercial transactions. It is described and explained in a publication by the Japan Consumer Affairs Agency(JCAA). Door-to-door sales have been prone to conflicts between consumers and companies. It includes regulations on the act of soliciting.

The Three grand soups is a common term in Japan referring to three types of soup thought to be the best in the world. The origin of this term is unknown, though it was already in use by the 1980s at the latest. Contrary to the term, there are four soups often referred as Three grand soups and there is no consensus as to which soup should be eliminated.

Act on the Prevention of Spousal Violence and the Protection of Victims is a Japanese law that aims to prevent spousal violence and protect victims by establishing a system for reporting, consultation, protection, and self-reliance support in relation to domestic violence. It is commonly known as the Domestic Violence Prevention Law. 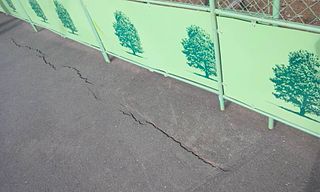 The 2011 Shizuoka earthquake was an earthquake that occurred approximately 42 km north-northeast of Shizuoka City at 22:31, 15 March 2011. The magnitude was Mw  6.0 or MJMA  6.4, and the depth was 9km. The hypocenter of this earthquake is thought to have been near the presumed location of the magma chamber of Mount Fuji. It may have been a triggered earthquake caused by the 2011 Tohoku earthquake, which occurred four days earlier, on 11 March 2011. It was sinistral strike-slip fault earthquake. It had a maximum JMA intensity of Shindo 6+ (Fujinomiya) or VIII (Severe) on the Mercalli intensity scale. The earthquake left 80 people injured, and caused some power outages.