Rice credited the original Tarbell Course in Magic as a major influence. By the time he was an art major at the University of Cincinnati, he was building a handkerchief act. He designed and created his own silks.

He joined the International Brotherhood of Magicians (IBM) in 1929 and the Society of American Magicians in 1934. Local magicians persuaded him to make a colored square of silk for them and became a magic dealer. His silks became known for their brilliant colors, durability, and workmanship.

He founded Silk King Studio in September 1929. He and his spouse were soon marketing, silks, silk magic and effects.

In 1934 he proposed the forming of a magic dealers association to help with problems such as protecting the rights of those who invented or marketed new effects. In 1951 he served as the head of the Magic Dealers Association, Inc. He was its Secretary from 1952 until 1967.

He was appointed head of the Art Department, University of Alabama in 1944. In 1946 he left Alabama to become the dean of the Moore Institute of Art, Science, and Industry, in Philadelphia and in 1951 was promoted to president. In 1963 Rice returned to his alma mater, where he became its dean.

Dai Vernon, a.k.a. The Professor, was a Canadian magician. His expert sleight of hand technique and extensive knowledge, particularly with card tricks and close-up magic, garnered him respect among fellow magicians. His influence was considerable in the magic world of the 20th Century, and he was a mentor to numerous famous magicians. He lived out his last years at the Magic Castle, a nightclub in Hollywood, California. 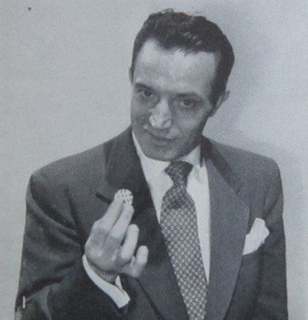 Tony Slydini, simply known as Slydini, was a world-renowned magician. His mastery, expertise, originality and innovative approach to close-up artistry magic, earned him a legendary reputation in the magic world. He traveled the world performing for the public as well as performing and lecturing fellow magicians. As a result, he served as an inspiration to generations of well-known magicians, celebrities and entertainers, including Doug Henning, Dick Cavett, Bill Bixby, Ricky Jay, David Copperfield and countless others. Although he was best known as a master of close-up artistry, he continually demonstrated an extraordinary performing ability and during his lifetime was responsible for a long series of books, films and publications highlighting his mastery of the magical crafts. For his work, he received the highest honors that his profession could bestow, including both the coveted Masters Fellowship Award and Performing Fellowship Award from the Academy of Magical Arts. During his lifetime, Tony Slydini was inducted into the Society of American Magicians Hall of Fame as a Living Legend.

The Society of American Magicians (S.A.M.) is the oldest fraternal magic organization in the world. Its purpose is "to advance, elevate, and preserve magic as a performing art, to promote harmonious fellowship throughout the world of magic, and to maintain and improve ethical standards in the field of magic." To promote these endeavors the S.A.M. presents awards and fellowships in recognition of outstanding achievement in the Art of Magic.

International Brotherhood of Magicians (I.B.M.) is an organization for both professional and amateur close-up and stage magicians, with approximately 15,000 members worldwide. The headquarters is in St. Charles, Missouri. There are over 300 local groups, called Rings, in more than 30 countries, largely concentrated in cities of the United States and Canada. The organization publishes a monthly periodical entitled The Linking Ring, which features tricks, coverage of shows and events in the magic community, and interviews with magicians.

The Linking Ring is a monthly print magic magazine published by the International Brotherhood of Magicians (IBM) for its members since 1922. It is based in Bluffton, Ohio. In 2007, Samuel Patrick Smith, a magician, author and publisher based in Eustis, Florida, became executive editor of the magazine.

Henry Jeffery Atkins was a British magician. He is cited as a major force in the International Brotherhood of Magicians (IBM) British Ring, for which he was honorary secretary and convention organizer for many years. He also served a term as international president of the IBM. As a performer he specialized in revivals or re-creations of antique magic. He made a number of appearances on national television in the United Kingdom. On one occasion he staged a revival of the Radium Girl illusion for the Paul Daniels Magic Show. He is commemorated through the Jeffery Atkins memorial lecture held at the annual convention of the British Ring of the IBM.

Joe Berg (1903–1984) was a professional magician and magic dealer who lived and worked in Chicago, Illinois and Hollywood, California. 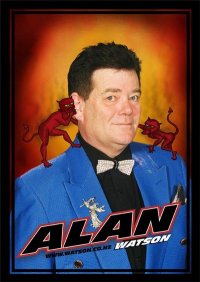 Alan Scott Watson is a professional magician living and performing in Auckland, New Zealand. He has been performing professionally for more than 30 years and has won some of magic's highest awards and accolades. He is the president of the Brotherhood of Auckland Magicians.

Al Baker was a professional magician. Al Baker was an inventor of many tricks that he marketed including his Dictionary Test, Al Baker Slates and his version of the Rice bowls. Many of his silk magic effects were included in Rice's Encyclopedia of Silk Magic. Al Baker opened a magic shop with Martin Sunshine in Times Square. Al Baker also regularly contributed to The Sphinx and other magic magazines. 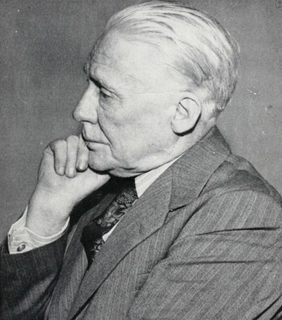 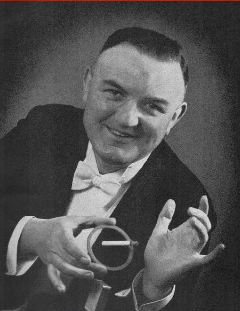 Lewis Jack Ganson was an English magician who became one of the most prolific writers in magic, going on to write more than sixty books on the subject.

The Sphinx was a monthly magic magazine published in Chicago from March 1902 through March 1953 by William J. Hilliar.

Magic, which encompasses the subgenres of illusion, stage magic, and close up magic, is a performing art in which audiences are entertained by tricks or illusions of seemingly impossible feats using natural means. It is to be distinguished from paranormal magic which are effects claimed to be created through supernatural means. It is one of the oldest performing arts in the world.

Percy Abbott was an Australian magician and magic dealer who founded Abbott's Magic Novelty Company in Colon, Michigan. Abbott's business was once the largest manufacturer and retailer of magic tricks and stage illusions in the world.

Ron Wilson was a professional magician, and winner of the Academy of Magical Arts Magician of the Year award in 1971.

Al Cohen was the owner, and a well-known demonstrator of magic tricks, at Al's Magic Shop in Washington, D.C.

Ricardo Roucau was a magician commonly known as Fantasio. Roucau previously performed as Ricardo and then as Larry, before being warned in 1961 by John Scarne that the name would not work for a magician trying to make it in America. He also performed with his wife as 'Larry and Daisy'. Roucau adopted the name Fantasio after noticing it on a box of playing cards. Roucau was a prolific inventor, and Mike Caveney believes that Fantasio's appearing and disappearing props were at one point the most popular magic props in the world. 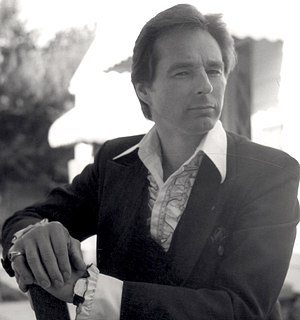 Bruce Cervon was an American magician who was best known for his close-up magic, both through performance and invention. He published a series of books and helped to create a permanent record of the magic of Dai Vernon through The Vernon Chronicles, Dai Vernon's Ultimate Secrets of Card Magic, and Bruce Cervon's Castle Notebooks.